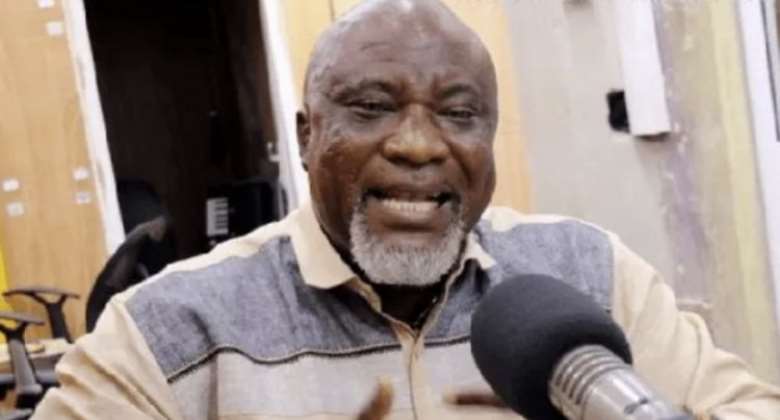 The comments by Hopeson Adorye in Kumasi over the weekend that the Running Mate position in the NPP by convention goes to persons of northern extraction in the party, (meaning the Flagbearer position is the preserve of only Akans) is no news. That has been the thinking of most Akan supporters of the 'ma te me hu' party from time immemorial. So what is all the hullabaloo about what he said as if it is something new?

It is a fact that the NPP is a party steeped in tribal and religious bigotry, a party whose founders and leaders believe Akans are superior to other ethnic groups in Ghana and a party who believes it is wrong for any Akan to belong to the NDC.

In 2015, did a leading member of the party, Dr. Osafo Marfo, not say persons from regions in Ghana which he claims do not abound in natural resources (referring to the northern, Greater Accra and Volta regions) must not be allowed to rule the country?

In his infamous speech at Koforidua in 2012, by saying "yen akanfuo dea" ( as for we Akans), was then Candidate Akufo-Addo not intimating that the NPP is for only Akans? So, what is new about Hopeson Adorye saying by established convention of the NPP, Bawumia as a northerner must not become the flagbearer of the party because an Akan, Alan Kyeremanten, is contesting for same position? Was that not the loud verdict of the party at its congress at Legon in 2007 when Vice-President Aliu Mahama came a distant third behind Akufo-Addo and Alan Kyeremanteng? Aliu learnt rather too late that as a northerner in the NPP, he is deemed not fit to be flagbearer of the party; the highest a northerner can aspire to in the NPP is the Running mate position. It was this bitter lesson that forced Alhaji Haruna Atta, former Editor of Akufo-Addo’s ‘The Statesman’ newspaper to leave the party and join the NDC which he found to be a party of the people, for the people and by the people regardless of one’s ethnic origin or religious affiliations.

If the NPP is not seen by Akans in the party as being for Akans only, why would a leading member, Kennedy Agyapong, call on Akans to attack Voltarians and Gas?

It is a fact that from the pre-colonial era to date, leaders of the Busia-Danquah tradition ( from the NLM and UP through the PP and the PFP to the NPP) see their political tradition as being for Akans only. But for the fact that the constitution of the country demands that every political party must have a national outlook, and but for the fact that they need votes from non-Akan areas to win elections in the country, the NPP would not want anything to do with persons from the northern, savannah, upper east, upper west, Greater Accra, parts of the Eastern, Volta and Oti regions let alone allow a person from these areas to be the running mate of the party. Thus, Bawumia would not have been Vice-President today let alone lacing his boots to contest in the primaries for Presidential Candidate position.

The name they popularly call their political tradition is Busia-Danquah. They only add Dombo as an afterthought and thus call it Busia-Danquah-Dombo tradition just to hoodwink northerners into believing they have a stake in the party.

Would the Krobos be suffering at the hands of the ECG today if they were Akans? Can this government and the ECG mete out to the people of Kumasi what they are meeting out to the people of Somanya, Manya Krobo, Krobo Odumase etc? Tribal and religious bigotry is a hobby in the NPP.

In the run up to the 2020 election, during the registration process, why else were Voltarians made to go through harrowing experiences just to register to vote? Why were settlements at areas like Banda in the Brong Ahafo region which have a large population of Voltarians targeted to the extent that some a teacher NPP goons thought was an Ewe was murdered? Were settlements in areas in the Greater Accra region with a large number of Voltarians and northerners not targeted and razed to the ground by the Akufo-Addo-led NPP government? Are these all not examples of how the NPP views non-Akans with scorn?

Many at the top echelons of the party who are Akans are putting their weight behind Bawumia not because they believe he deserve the position but because they hope by electing him to be flagbearer of their party, the party would no longer be tagged an Akans only party. So, though they do not have much faith in him to win the national election against John Mahama, they are hoping that with him, the Akans only tag will be permanently from the party.

That the NPP is also a party of religious bigot and is only tolerating Muslims for electoral purposes is seen in the fact that they opposed the granting of two holidays to Muslims in Ghana to celebrate the Eid Ul fitr and Eid Ul adha under the Rawlings led NDC government. So, with his northern background and religious affiliation as well, Bawumia is simply a person non grata as far as the tribal bigots in the NPP are concerned. Hopeson Adorye only spoke loudly what is hidden the hearts of the tribal bigots of the elephant party.

Hopeson Adorye making the comment he made in Kumasi is interesting, however because it is clear he does not realize that he too is a persona non grata in the NPP. Does he not realize that as an Ewe, he together with other Ewes, northerners and Gas in the NPP are seen by their colleague Akans in the party as hewers of wood and drawers of water for the Akans in the party? Does he not know that the likes of Amewu, Hadidze, Perry Okudzeto, Bawumia, Anthony Karbo, Nitiwul, Ayikwe Otoo etc are regarded as second-class citizens in the NPP inferior to all the Akans in the NPP?

The opposite is the in the NDC and the NPP. These two are parties with real national character and appeal. Where you come from or the religion you profess does not make you superior or inferior to any other person in these two parties. These are the parties in which Akans and non-Akans are seen as equal.

With so much advancement in the world on all fronts, it is important for Akans who see themselves as progressives break away from the stone-aged mentality that is held in the NPP that Akans are superior to other ethnic groups; that the NPP is an Akan party and that all others in it matter only to give the party a resemblance of national appearance. The many Akans in the NDC and the CPP who have a progressive outlook about life must reach out to their fellow Akans in the NPP and assist them to emancipate themselves from the mental slavery the NPP has imprisoned them in. Ghana deserves a people who are united by their diversity and not tribal and religious bigots.

External factors stripped off gains Akufo-Addo gov’t made in...
20 minutes ago