We need to pay more attention to HIV in children—Dr. Ayisi Addo 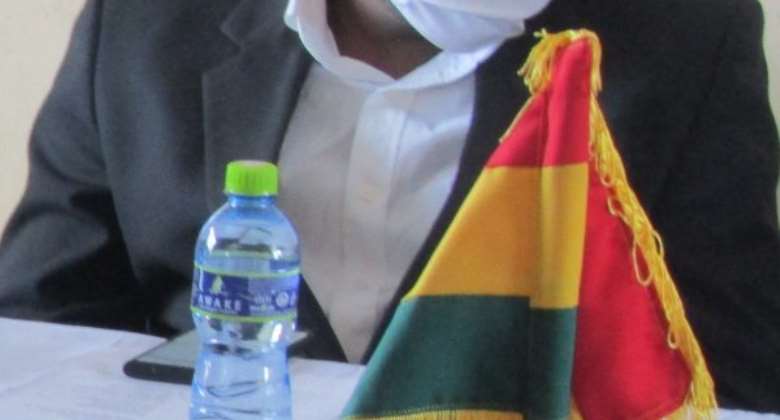 Dr. Stephen Ayisi-Addo, Programme Manager, National AIDS/STI Control Programme has revealed that HIV is among the conditions that terminate the lives of children calling on the need to pay attention to it.

Dr. Ayisi-Addo said that out of the estimated 350,000 people living with HIV in Ghana, seven per cent were children with an estimated 3,700 new infections annually and 3,000 deaths of infected children below the ages of 15 years yearly.

He said there was the need to pay attention to HIV in children as the future of the country.

He was speaking during the 14th Edition of the Stakeholders Engagement and Worker's Appreciation Day Seminar of the Tema Regional Office of the Ghana News Agency.

The GNA Tema Stakeholder Engagement is a platform rolled out for state and non-state actors to address national issues and serves as a motivational mechanism to recognize the editorial contribution of reporters toward national development in general and the growth and promotion of the GNA as the industrial news hub.

“Because the children do not have more immunity to the level of the adults own, they die faster,” he said.

Dr. Ayisi-Addo mentioned that children get the virus from their mothers because most children below the ages of 15 years do not have sex for them to get infected as that was one of the ways through which the virus could be transmitted.

“If you take all the methods that a child could get HIV, mother-to-child transmission takes 15 percent,” he said.

He noted that a baby could get infected with HIV whiles in the mother's womb, during labour, delivery, and during breast-feeding, adding that, HIV was not genetically transmitted.

He advised pregnant women to take their antenatal and postnatal seriously and also make it a point to take their medications accordingly in order to save the unborn child from contracting the virus.

“I am happy to announce that because of the service being rendered, most babies who are born by HIV-positive mothers' are negative,” he said.

He said immense support was required from spouses and family members of women who are HIV positive with babies in order for them to be able to thrive and overcome stigmatization in the society.

Dr. Ayisi-Addo urged Ghanaians to avoid stigma and discrimination against people living with HIV, but rather encourage them to take their medications so that very soon Ghana would be a nation free of the HIV virus.