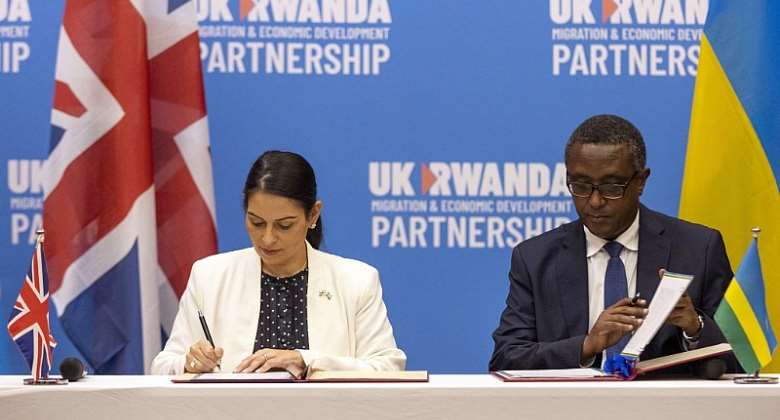 Commonwealth leaders must take a firm and clear stand against the UK’s racist and disgraceful asylum seeker deal with Rwanda, Amnesty International said today ahead of the Commonwealth Heads of Government Meeting (CHOGM) scheduled to take place in Kigali between 20 - 25 June 2022.

“By trying to dump asylum seekers in Rwanda, the UK government is shirking its international responsibility under the Refugee Convention to protect people in need of asylum,” said Deprose Muchena, Amnesty International’s Director for East and Southern Africa.

“Commonwealth leaders must take a firm and clear stance to force the UK government to rescind its misguided, cruel and racist policy that shifts its responsibility towards refugees and asylum seekers to Rwanda.”

“Member states need to seize the opportunity in Kigali to denounce this inhumane arrangement and pressure the UK and Rwanda to end the deal. It seriously threatens to undermine the international mechanism for the protection of asylum seekers.”

The UK and Rwanda signed a Memorandum of Understanding on 14 April 2022 that agrees a system to relocate asylum seekers who are not being considered by the UK to Rwanda.

In its submission to the Universal Periodic Review process in 2020, the United Nations High Commissioner for Refugees raised concerns over Rwanda’s shortcomings in its asylum process, citing the arbitrary denial of access to asylum procedures for some people, the risk of detention and deportation of undocumented asylum seekers, the discriminatory access to asylum procedures that LGBTIQ+ individuals face, or the lack of legal representation. In a legal analysis published in June 2022, UNHCR concluded that the UK-Rwanda arrangement “does not meet the requirements necessary to be considered a lawful and / or appropriate bilateral transfer arrangement.”