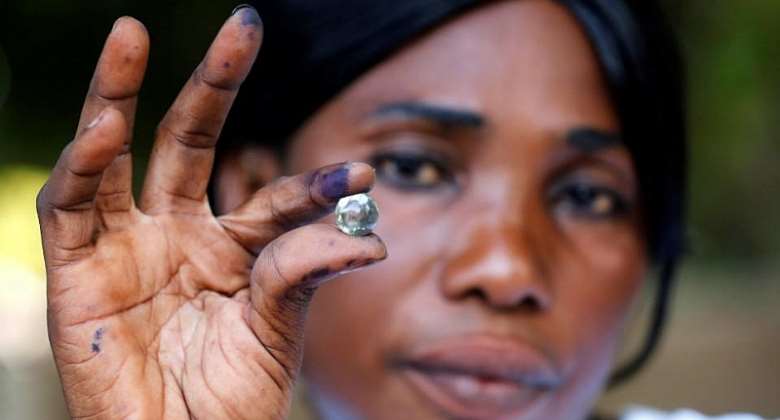 On 4th December 2021, The Gambia, the smallest country in mainland Africa, held its presidential election. The successful election and transfer of power were a powerful message toward Gambia's successful transition into a democratic society. To recall, in the last election five years ago, the people of Gambia rejected their authoritarian leader Yahya Jammeh through a democratic election. Thus, the present election was the first one in 27 years when the name of the deposed and exiled dictator Jammeh did not appear on the Gambian ballot.

Sudan after Bashir and Egypt after Mubarak are good examples of how a transitioning country may fall apart quickly once a strong leader departs. From that perspective, the peaceful conduct of the election should be seen as historic.

While six candidates ran for the country's top job, including incumbent President Adama Barrow, there were 25 nominations at the beginning. Ninety per cent of Gambians, or about 860,000 people, exercised their democratic rights. Despite Jammeh's substantial clout, the election went off without a hitch. A large turnout demonstrated Gambians' determination to choose their future leader and spoke loudly for the country's law and order.

The Gambia has used a unique voting system for its legislative and presidential elections for the past 55 years. Instead of paper ballots or voting machines, marbles have been used to cast votes. The British introduced this technique to promote greater involvement among the population because the illiteracy rate was relatively high during their independence in 1965. The rate of illiteracy has decreased in the 50 years since the country's independence. On the other hand, the marble voting mechanism is still in use.

Under this approach, instead of ballot boxes, a metal cylinder with a hole in the top is installed at the polling station. When a voter arrives at a polling site, the polling agents verify his identity. Following the verification, they are directed to various coloured drums, one for each political party, each with a photo of the candidates printed on it. Then, based on their favourite candidate, voters place their marble on one of the drums.

The counting procedure is even more straightforward: marbles are emptied into a square tray with dotted holes, and the count is done on the spot. This on-the-spot counting ensures fairness and contributes to the public's trust in the voting process.

In the Gambia, the election system is based on first past the post. It means that the party with the highest number of votes is proclaimed the winner regardless of the margin. As the number of candidates grows, the system becomes more complex and logistically challenging, as each candidate must have their drum. Despite various revisions to the voting method, Gambia has elected to preserve its own voting system.

In addition to being the most basic method of voting, the procedure has so far proven to be fair and transparent, with no evidence of rigging. In fact, despite the fact that this method of voting is outdated, it was used to remove a 27-year dictatorship in 2016.

British established this unique way of voting with marble in 1965 as an inclusive approach, allowing the uneducated masses to identify who they are voting for and exercise their democratic right without difficulty. It was a salute to simplicity in the face of the world's elite-driven voting system. Even though voting with marbles appears to be a retrograde electoral method, it is nevertheless convincing due to its simplicity and immunity to voter fraud and suppression in today's modern voting system based on upgraded technology.

The incumbent President, Adama Barrow, was declared the winner with an overwhelming majority when the results were announced on 5th December. He received approximately 53% of the vote, while his closest challenger, Oussainou Darboe, received only 28%. Although his win was challenged by four of the five opposition parties, there was no serious pre- or post-election violence. Even though opposition leaders disputed the outcome, it was most likely just a ploy to keep their followers energised. In any case, because a written appeal to the court did not accompany the verbal challenge, the case was prima facie dismissed.

Elections are usually tampered with and rigged in other nations with different voting procedures because of the transit of votes. On the other hand, the votes are counted on the spot, at the source, in full view of everyone. In reality, former Gambian president Jammeh, who is better known for his tyranny, instituted this counting on the spot in 2016. Despite the fact that he mistreated individuals, he never interfered with the system since he was sure of his ability to win. In 2016, for the first time in Gambian history, President Jammeh lost a democratic election to Adama Barrow; it was clear proof that the electoral system has been working.

The Gambian democracy has triumphed again. The Gambian marble voting system may be elementary, but its simplicity could spark a powerful allure for any country afflicted by the convoluted election process. There have been debates about switching to paper ballots in order to comply with modern voting standards. However, there appears to be no rationale for modifying the system as long as it can produce fair results. As famed Italian polymath, Leonardo da Vinci famously said, "Simplicity is the greatest sophistication".