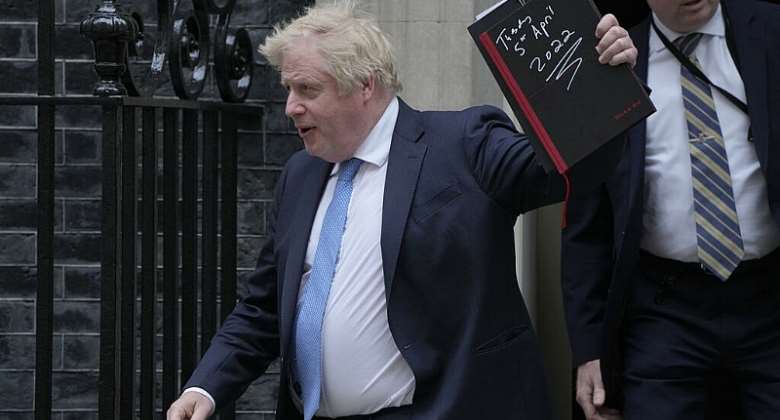 British Prime Minister Boris Johnson faces a vote of no confidence as a growing number of MPs within the governing Conservative Party have questioned the leader's flagging authority in the wake of the so-called Covid "partygate" scandal.

Johnson, who has held the office of prime minister since 2019, has come under growing pressure from within his own party and has been unable to move on from an independent report that documented alcohol-fuelled parties at 10 Downing Street when Britain was under strict Covid lockdowns.

In a searing attack on the once seemingly untouchable Johnson, Jesse Norman, a loyalist who served as a junior minister in the finance ministry between 2019 and 2021, said the prime minister's continuation in power insulted both the electorate and the party.

Norman listed his complaints of the British leader's behaviour and also of what he described as a lack of "mission".

"People are crying out for good government ... neither the Conservative Party nor this country can afford to squander the next two years adrift and distracted by endless debate about you and your leadership," Norman wrote in a letter published on Twitter, saying Johnson's continued tenure as prime minister is "potentially catastrophic" for the country.

He is just one of several Conservative lawmakers who have voiced concern over whether Johnson has lost his authority to govern Britain - which is facing the risk of recession, rising prices and strike-inflicted travel chaos in the capital London.

Graham Brady, chairman of the party's 1922 Committee that represents rank-and-file Conservative lawmakers, wrote in a note: "The threshold of 15% of the parliamentary party seeking a vote of confidence in the leader of the Conservative Party has been exceeded."

He added the vote is set to be held between 1700-1900UT on Monday, "and will be counted immediately afterwards. An announcement will be made at a time to be advised."

A spokesperson for Johnson's Downing Street office said the vote was "a chance to end months of speculation and allow the government to draw a line and move on, delivering on the people's priorities".

"The PM welcomes the opportunity to make his case to MPs and will remind them that when they're united and focused on the issues that matter to voters there is no more formidable political force."

A majority of 180 Conservative lawmakers would have to vote against Johnson for him to be removed - a level some Conservatives say might be difficult to reach.

If passed, however, there would be a leadership contest to decide his replacement.

Since the publication of the damning report into the so-called "partygate" scandal, which listed fights and alcohol-induced vomiting at lockdown-breaking parties in Downing Street, Johnson and his government have urged lawmakers to move on.

But many MPs returned to their constituencies to find a chorus of complaints and vitriol over Johnson's behaviour.

The prime minister was also jeered and booed by the public at Platinum Jubilee celebrations for the Queen at the weekend, although there were some cheers for him.

Inflation will remain high till the end of first quarter of ...
11 minutes ago