The Future of Israel-Africa Ties 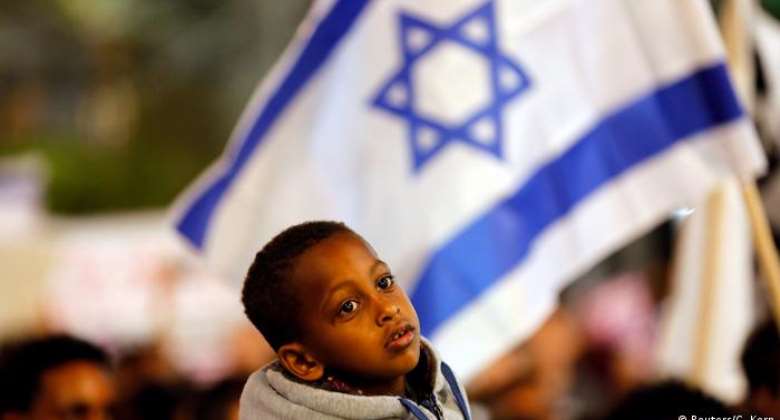 In February 2022, the annual summit of the African Union (AU) took place in the Ethiopian capital, Addis Ababa, also headquarter of the African Union. The principal objective of the meeting was to evaluate AU's achievements over the past year, particularly in the context of the recent surge of military coups and the ways to recover from the COVID pandemic. However, the whole meeting got disrupted because of disputes among its Member States over Israel's observer status in the African Union.

As the discussion led to an unprecedented rift among AU's 55 members, AU decided to postpone the debate till next year. In the meantime, a committee consisting of eight Heads of State was announced by the newly elected Senegalese President Macky Sall. The committee was charged to confer with various stakeholders and submit a report regarding the disputed issue before the next AU annual summit. Although the postponement managed to placate the conflict, it can potentially create a schism in the solid African unity in the future.

What happened at the recent AU annual summit?

On 4th and 5th February, the 35th Ordinary Session and annual Heads of State summit of AU took place under the theme "Building Resilience in Nutrition on the African Continent: Accelerate the Human Capital, Social and Economic Development". As the 34th Ordinary Session of the Assembly of the AU took place virtually in February 2021, the current meeting bore special significance. During the meeting, an agreement was made to work on the most common and emerging challenges such as radical Islamism, climate change and COVID-19.

To recall, 2021 has been a turbulent year for the continent, with three attempted and two successful coups. As a matter of fact, Mali, Guinea, Sudan and Burkina Faso were not allowed to participate in the summit because of their undemocratic government resulting from the military takeovers. The Sahel region of West Africa, particularly Burkina Faso, Mali, Niger and Nigeria remained under the severe threat of radical Islamism. The civil war in Ethiopia has taken more than a thousand lives, with millions of others displaced. Though all these issues were discussed in due course, the debate on Israel took centre stage.

What is the history of Israel in Africa?

Historically, Israel has a religious and theological connection to the African country of Ethiopia. The Ethiopian holy book, the Kebra Nagast, describes that hearing the stories of Israel's King Solomon's fame, Ethiopian Queen of Sheba visited Israel for trade purposes with gold and other precious jewels along with an enormous quantity of spices. According to legends, Ethiopia was created by King Menelik I, the son of Ethiopian Queen Sheba and Israeli King Solomon. This historical bonding was further solidified due to Ethiopia's regular need for military assistance from Israel. Today, about 140,000 Ethiopian Jews live in Israel, while another 6,000 stay in Ethiopia.

When did Israel establish diplomatic relations with Africa?

Israel's diplomatic relation with Africa goes back to the mid-1950s, when most African countries started gaining independence. Israel's founding father and first Prime Minister, David Ben-Gurion, considered relations with African countries as a means to reduce Israel's diplomatic isolation beyond the Middle East. This outlook was carried forward by Golda Meir, Israel's Foreign Minister of that time. Her 1958 Africa visit underpins the importance of Africa in Israel's foreign policy of that time. For the record, she was the first Israeli Minister to visit Africa.

Previously, Ghana was the first African country to establish diplomatic relations with Israel in 1956. The connection between Israel and Africa proved to be spontaneous as Israel established 33 more diplomatic missions within the next ten years.

However, the Yom Kippur War of 1973 and the ensuing oil embargo declared by the Gulf monarchies motivated most African countries except Malawi, Lesotho, and Swaziland to cut their bilateral relations with Israel. And OAU (Organization of African Unity), the predecessor organisation of AU, backed by Egypt, passed a resolution to oust Israel from the organisation.

On a side note, the situation is similar to the fate of India after losing the Sino-Indian war in 1962. Despite strong support for the non-violence policy of Gandhi and later Non-Aligned Movement (NAM) of Nehru, losing the war against China severely dented India's image as a leader, and the majority of the African countries backed China after the war.

Currently, Israel has relations with 46 African countries at bilateral level. However, only 44 African countries have established formal diplomatic ties, and merely 17 of them have established Embassies in Tel Aviv, the Israeli capital and 12 have opened General Consulates there. Furthermore, most African countries have signed Cooperation Agreements with Israeli companies in fields as diverse and sensitive as Education/Training, Defence, Security, Intelligence, Nuclear Cooperation, Agriculture, Technological Innovations, Health, Economy and Finance. At this point, the formalisation of relations at the continental level would definitely have led to better cooperation in the fight against both pandemic and terrorism.

Previously, Israel was part of OAU. But in 2002, when OAU was dissolved, and AU was created, following pressure from Muammar Gaddafi, late ex-Libyan leader, Israel was deprived of its observer status. Since then, Israel's two separate official bids of 2003 and 2016 got rejected, majorly on the Palestine issue. Inspired by the mediation of the Abraham Accords of 2020 and a new government in Jerusalem, Israel decided to apply for the third time. On 22nd July 2021, the office of the current chairman of the African Union Commission, Chadian Moussa Faki Mahamat announced the decision of granting Israel observer status.

When and how the turnaround for Israeli-African relations took place?

Prime Minister Benjamin Netanyahu played a crucial role in reviving Israel's connections with Africa. There were several motivations behind his African rapprochement. First of all, he wanted to explore and acquire fresh markets for Israel's agro-industry and defence sector in Africa. Besides, he was determined to improve African countries' standing on Israel-related issues on international platforms. When Netanyahu visited Uganda, Kenya, Rwanda, and Ethiopia in July 2016, he became the first Israeli Prime Minister to visit the continent in decades. And in June 2017, he became the first non-African leader to attend and speak at the 51st Summit of ECOWAS (Economic Community of West African States).

What is the current dispute?

Immediately after Israel's accreditation to AU, Ramtane Lamamra, the Algerian Foreign Minister at that time, backed by 13 other AU members, opposed the decision and accused Faki of giving Israel recognition without valid reasons.

South Africa was another country that vehemently opposed Israel's inclusion in AU. During the Apartheid regime, South Africa was one of Israel's few allies and voted in favour of the 1947 UN resolution that resulted in establishing the State of Israel. However, it changed under the ANC and Nelson Mandela over South Africa's strong support of the Palestinian cause. Current South African President Cyril Ramaphosa termed AU's unilateral decision to grant Israel observer status unjust and unnecessary.

Finally, Palestinian Prime Minister Mohammed Shtayyeh, who was present at the AU summit, pushed member states to de-accredit Israel. In his remarks, he unequivocally stated that Israel should never be honoured for its human rights violations and its apartheid regime on the Palestinian people.

What is the possible future of Israel in Africa?

Africa and Israel have had a rocky relationship in the past. Nonetheless, many African leaders have realised that they can no longer afford to stay unfriendly to Israel. With the waning United States' influence, Israel, similar to China, India, and Turkey, seeks to assert its place on the continent. Israel's Africa policy indeed lacked any strategic direction for the past few decades. On the contrary, the trade between Israel and African countries culminated in Israel exporting its military weapons and expertise to Africa. Finally, Africa began to take a central position in Israel's foreign policies under Netanyahu. From this perspective, the failure of AU to revoke Israel's observer status indeed portray Israel’s diplomatic success.

Nevertheless, a collective backing by the African bloc is still far away, mainly due to resistance from the countries influenced by the Arab Gulf states and selected regional giants such as Algeria, South Africa, and Nigeria. In fact, Kenya and Ethiopia are the only two countries that have openly supported Israel's membership in the AU.

It's part of a long-term strategy, the fruits of which might become visible only years from now or even decades. For Israel, it took thousand years to become a country. In comparison, these are minor roadblocks on the path to an improved Israel-Africa relationship. The current determined efforts reflect vast potential Africa holds for Israel, particularly as a strategic buffer against its hostile neighbours. For the moment, even the adjournment of the debate can be considered as a diplomatic victory for Israel. Until then, Israel's Africa policy might be summarised as "Bilateral Relation, Multilateral Opposition".