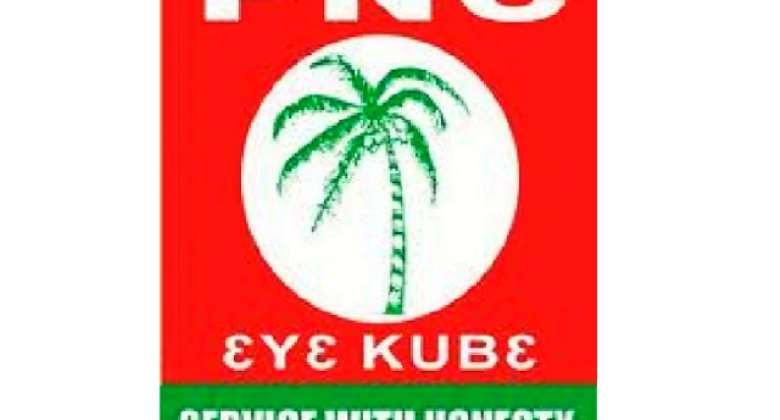 The People’s National Convention (PNC) has said it is awfully saddened by the heart-wrenching disaster that has claimed at least 13 lives and injured scores of people at the community of Appiatse, near Bogosu in the Western Region.

The PNC said it is equally disturbing that the community has been razed as a result of the heavy explosion.

“As a Party, our hearts go to the bereaved families and the scores of people who are injured and under-going medical treatments. We also commend government, security agencies, private and voluntary organizations and individuals for their endless show of support and statesmanship to alleviate the pain of our compatriots,” the PNC said in a statement signed by its General Secretary Janet Nabla.

Given the depth of the accident and the degree of destruction, the Party stated that it is adding its voice to calls for dispassionate investigations into the incident to unravel the actual cause and extent of damage.

This, the PNC said, should be the main fulcrum to herald implementation of medium to long-term intervention to revive the fortunes of the community.

“Government’s interventions should focus on re-organising the community’s architectural makeup and create monuments to remind us of the need to keep watch over activities that can easily tip-down our collective existence. As a developing country, we need to continuously examine our safety protocols to bring them up to speed with international best practices. One life lost to a safety breach is one too many but sadly, this is more of the norm than the exception,” the statement said.

The PNC noted that the country has grave issues around its safety culture that require urgent attention.

One particular area worth singling-out according to the PNC is the “poor safety environment suffered by women in palm-kennel oil production.”

According to the party, their exposure to fume and pathogens as a result of poor working environment is worrying adding that there are also countless number of Ghanaians dying or suffering severe injuries on their lines of work as a result of breaches to simple safety protocols.

The PNC is calling on the state to fashion-out a comprehensive safety policy to consolidate “our progressive gains on our developmental efforts.”

The party further recommended to the government to comprehensively ensure the implementation of existing laws on health and safety of the citizenry and where necessary overhaul the laws as a tribute to the lost souls at Appiatse.

The PNC described as “sad” that there are countless number of residential facilities including educational facilities, correctional facilities, private houses and markets without the minimum fire and disaster detection systems to initiate early warning signals to save lives and property.

The Party has pledged to support the government to improve upon the country’s safety culture.