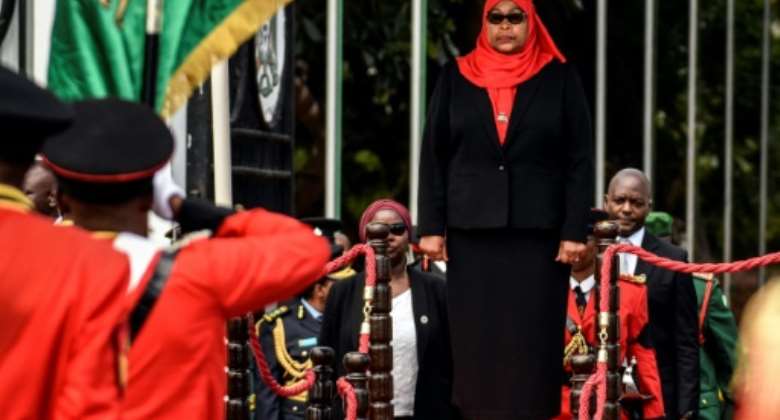 The speaker of Tanzania's parliament quit on Thursday after a very public falling out with President Samia Suluhu Hassan, exacerbating divisions within the ruling party.

Job Ndugai, who is no stranger to controversy, had infuriated Hassan last week when he criticised her over what he called Tanzania's "excessive" foreign borrowing.

Rifts have emerged recently in the ruling Chama Cha Mapinduzi (CCM) as the party prepares for new elections, although the ballot is not due to take place until 2025.

Ndugai, 58, said in a statement he had written to the CCM's secretary general informing the party of his resignation from the post he has held since November 2015.

"This is my personal and voluntary decision for the interest of my country, government and my party CCM," he said.

Hassan, who took power in March last year, had on Tuesday hinted that she would be carrying out a cabinet reshuffle to expel ministers she suspects of siding with rival politicians in the party for the election.

The speaker's remarks last week triggered a debate over the country's debt levels, but many people including Hassan's supporters in the CCM lashed out at him for criticising the president.

"I did not expect someone who leads a pillar of the state to utter such words," she said, insisting that the government would continue borrowing for development projects.

According to figures published by Tanzania's central bank, the country's private and public external debt stood at almost $28 billion in November, with government borrowing accounting for more than 70 percent.

Total debt amounted to $36 billion in November, it said, while gross domestic product stood at $64.7 billion at the end of 2020.

"Is there any pride in taking around a begging bowl?" Ndugai asked at a public meeting last week. "We have resorted to borrowing every day. There will come a day when this country will be sold off."

Ndugai, who was a strong supporter of Hassan's late predecessor John Magufuli and had also served as deputy speaker from 2010 to 2015, apologised to Hassan on Monday, saying his remarks were misunderstood.

Tundu Lissu of the main opposition Chadema party, whose leader was arrested in July and charged with terrorism offences, described Ndugai as "the most despicable speaker in the 96 years of our parliament".

"His forced resignation, though, confirms that Tanzania has only one omnipotent & untouchable arm of the State: the President. A new democratic Constitution is an urgent & imperative order of the day!" he said on Twitter.

In June last year, Ndugai was subject to ridicule after he ordered a woman lawmaker who was wearing trousers to leave parliament because of her "strange" attire.

He also angered Chadema in May when he refused, in defiance of Tanzanian law, to expel lawmakers whose membership of the party had been revoked.

Hassan became president of the East African country after the death of Magufuli, who was nicknamed the "Bulldozer" for his authoritarian leadership style and who oversaw a crackdown on dissent during his rule.

She has sought to break with some of Magufuli's policies, but fears remain about the state of political and media freedoms in the country.