It is another Christmas, but Leah’s plight and other persons in captivity is waning in Nigeria 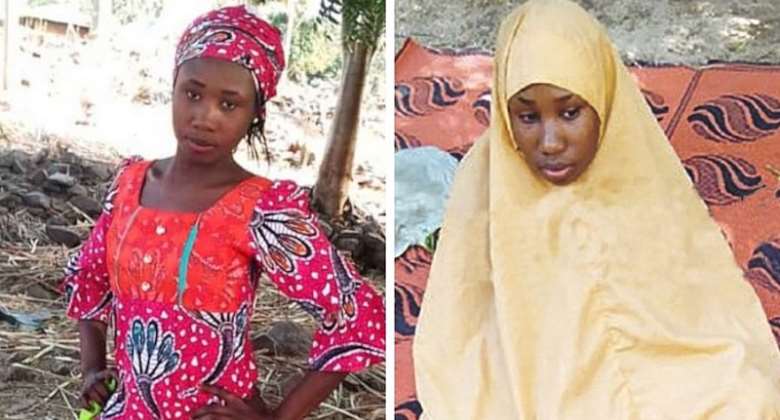 Christian faithful in Nigeria and the world are celebrating the anniversary of the birth of Jesus Christ. However, Leah Sharibu, the lone girl who has remained in Boko Haram captivity since February 2018 because of her decision not to renounce her faith and other Christian faithful, spends another Christmas as captives.

Leah’s story best depicts courage: her resilience to remain steadfast in her faith in the face of terror continues to be an inspiration to many Christians across the world to date. However, Leah Sharibu is still not back home to her family despite the Nigerian government promising to ensure her release.

The last time the world heard from her was while begging a few months after her abduction that Boko Haram released a 35-second audio recording. In the previous three years, there have been reports of her conversion to Islam, her alleged marriage to a Boko Haram commander as well as news that she has become a mother.

Open Doors, a non-denominational mission supporting persecuted Christians globally, estimates that more than 340 million Christians suffer high levels of persecution and discrimination for their faith globally. Nigeria ranks 9th on the 2021 World Watch List, an annual ranking of the 50 countries where Christians face the most extreme persecution.

Leah’s story is not an isolated experience: many people have had their freedom taken away in the same manner. Many cases go unreported. Four years before her abduction, 276 female students were abducted from the Government Girls Secondary School in Chibok, Borno state. More than 90 percent of these girls were Christians. While some managed to escape, others were released following negotiations, but many remain in captivity.

The pressing question is, what has the government done to protect vulnerable religious communities in the last year? The Nigerian government must be seen to be doing more to protect the freedom of religion. It should tackle the issue of lopsided appointments into public office, especially for persons who have been denied their rightful and deserving entitlements because of their religion.

Attention to the plight of Leah and other persons in captivity is waning. The Federal government and security agencies must uphold the freedom of religion and conscience, a fundamental human right enshrined in Section 38 (1) of the 1999 constitution.

Another issue is the pervading insecurity in the country that has seen a string of school abductions in the last few months. More should be done to ensure the safety of schools, especially those in the north. Security agencies must make sure that all hands are on deck to ensure the security of lives and property.

The consequences and implications of Leah Sharibu’s case, among several others, is the vulnerability of girl-child education. What this has further compounded is the fact that the northern part of Nigeria has been lagging in terms of school enrollment most especially, for the girl-child.

Leah’s continued captivity is a sad reminder of how simply trying to get educated can turn into a tragedy. Her story represents the worldwide struggle both for freedom of religion and belief. It also raises a myriad of issues. One is the discourse on religious freedom.

The government has made many promises regarding Leah’s continued captivity. Now is the time for action. They must take responsibility for freeing Leah, the remaining Chibok girls, and others in captivity. The government must ensure the security of lives and the safety of schools across the country.

Temitope Bademosi is a writing fellow at African Liberty