SSNIT Scandal: Court to decide on mode of trial on December 16 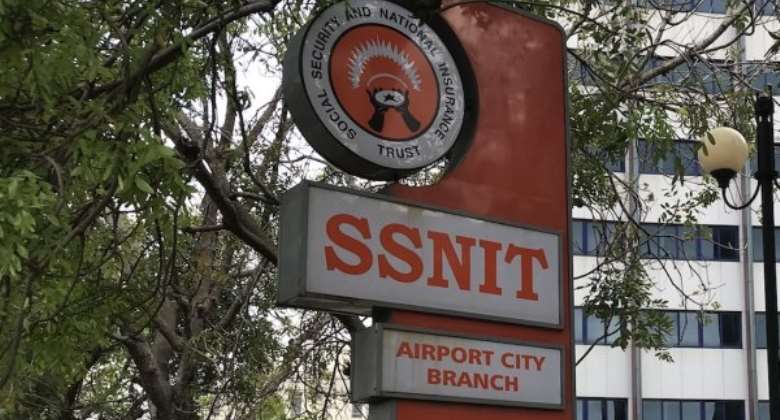 An Accra High Court will on December 16, rule on whether or not to allow the State to use witness statements as evidence in chief in the GHC 66 million SSNIT Operational Business Suite (OBS) trial.

This was after the State and defense counsels in the matter had made varied submissions in the mode of trial.

The prosecution, which is expected to call 10 witnesses to make up their case, prayed the court to allow the State to use witness statements as evidence in chief.

According to the prosecution, they would be relying on their witness statements and some documents would also be tendered through the witnesses.

The State, led by Mr Richard Gyambiby, Principal State Attorney (PSA), argued that no harm would occur to the accused persons if witness statements were allowed as evidence in chief.

According to Mr Gyambiby, it would be a complete waste of time for the witnesses to come and state what they had written and that it would defeat the objectives of fair trial, which the court was supposed to uphold.

The PSA said the Practice Direction of the Courts only acted as a guideline, therefore, a judge considering a matter could use his or discretion in favour of a fair trial.

Citing Section 69 of the Evidence Act, (the Evidence Act of 1975) Mr Gyambiby, said it lay in the bosom of the judge to order the mode, manner and order of how a trial should be done or conducted.

The prosecution said the overriding objective of a criminal trial was to ensure efficient and expeditious trial, noting that the accused persons' lawyers had not been able to tell the court they would suffer any miscarriage of justice.

Two out of five Defence counsels have indicated to the court that they would be calling defense witnesses.

The lawyers of the accused persons had variously submitted that prosecution witnesses should be made to mount the witness box so their demeanour would be ascertained.

Mr Abednego Tettteh Mensah, who represented Ernest Thompson, said: "We want the witnesses to come into the box so we can look at their demeanour.”

Mr Mohayideen contended that what was stated in the Practice Direction was subject to agreement by both defense counsels and prosecution.

He was of the view that the accused persons needed to be given all they needed to defend themselves.

In the case of Paa Kwasi Abaidoo, who represented Caleb Kweku Afaglo, ex- head of Management Information Systems, SSNIT, he wanted to see one Mary Negetey, a prosecution witness, who at all material times, was a subordinate of a superior who dealt with his client.

According to Mr Abaidoo, his client never dealt with Ms Negatey and said, "we want to see her and confront her with some of the things she had stated on paper."

Prosecution said the State had filed the two sets of documents on November 24 and 26, this year.

Mr Gyambiby said documents number 23 on the motion paper -SSNIT Board Minutes on April 20, 2014, being requested by the defense counsel, did not exist.

“We inform the court that there was no such meeting on such date.”

The five accused persons are being tried over the $66million SSNIT Operational Business Suite (OBS project), which was meant to revamp the operations of SSNIT through Information Communications Technology.

Thompson and Kramer were jointly held over three counts of contravening the Public Procurement Act, 2003 (Act 663).

Afaglo and Kramer are also facing a charge of defrauding by false pretences.

Afaglo has been accused again for securing his employment at SSNIT with fake Certificates and he is also said to have possessed forged documents and uttering the said forged certificates.

The five accused persons have pleaded not guilty before the court presided over by Mr. Justice Henry Kwofie, a Court of Appeal Judge, sitting with additional responsibility as a High Court Judge.