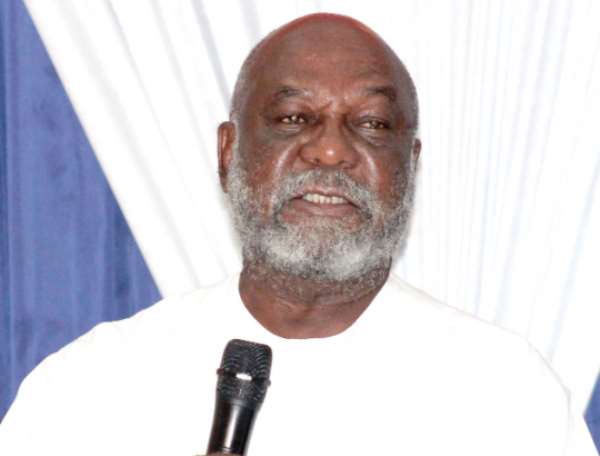 Renowned Journalism and Mass Communication Professor, Kwame Karikari has opposed the passage of the anti-gay bill stressing that it is dangerous and will only seek to target the minority in society.

The bill which has been sent to Parliament is being championed by the Member of Parliament for Ningo Prampram, Hon. Samuel Nartey George and some of his colleague legislators.

The anti-gay bill is seeking to criminalise homosexuality in Ghana with the backing of the Speaker of Parliament, Hon. Alban Bagbin.

Sharing his thoughts on the bill in an interview with 3FM, Prof. Kwame Karikari has called on the media to offer education to the general public on what it really stands for.

“Hopefully, the media may also want to pick up the debate, debate them so that the public will instantly get to know the views that we hold and the views that the proponents of what we considered to be a dangerous bill, also hold.

According to him, the bill is dangerous and will rob the minority LGBTQ+ group of their rights enshrined in the country’s constitution through the democracy fought and secured by their forefathers.

“This law is setting up the minority up. Our constitution does not discriminate about humans beings unless the proponents of this bill, unless the 95 per cent who say they don’t like homosexuality, we want them to say that homosexuals, lesbians are not human beings. Are they human beings or are they not human beings?,” the former Director General of the Ghana Broadcasting Corporation (GBC) asked.

Prof. Karikari continued, “If they are human beings then we think that they are protected by the constitution so any law that is made to arouse, promote engineer and mobilize hate against that minority is against the rights of those minority people and should not be passed.”

Speaking on the same platform, Sam George who joined in on the conversation accused Prof. Karikari of being a hypocrite.

The Ningo Prampram MP noted that if he is to score the professor, he will give him an F.