Twene Jonas cannot be deported from the USA to Ghana – Get this message clear! 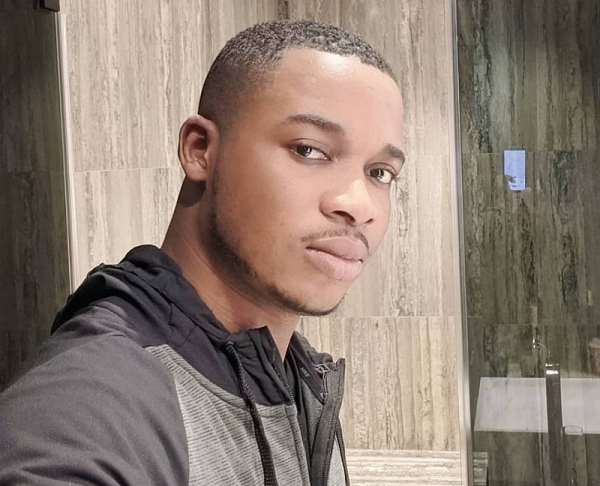 Twene Jonas, that native Ghanaian now residing in the United States of America has become famous and popular on the social media space for his vociferous expressions on Ghana and her leadership. His views as expressed may be right or wrong, so also is the manner in which he expresses them.

However, for anyone with dissenting views to assume that Twene Jonas by his bold but uncouth expressions has become a political enemy of Ghana hence must be deported home to face the music is simply kidding themselves.

He could never be deported at the request of any Ghanaian unless he breaks the laws of the land of his new country of residence to make himself a persona non grata. If he is living in America illegally and gets caught, he could be made to face the consequences of the law as relate to those breaching it. If he commits any crime, he will be made to suffer the prescribed relevant punishment but not necessarily, deportation.

Insulting political leaders is nothing new to the citizens and the leaders of the Western world. Once you don’t tarnish their reputation by making false allegations of murder, rape, theft, etc., against them without proof, they don’t care. Therefore, for anyone to seek the deportation of Twene Jonas for simply castigating the political and traditional leaders of Ghana for what he perceives as their incompetence and lack of foresight, I am afraid, such a person will be living in the cloud-cuckoo-land.

The more some people ignorantly go on air to declare Twene Jonas wanted in Ghana for simply insulting the leadership, the more such people enhance his chances of being granted a permanent residence and protection in America.

When the American authorities become aware that his life will be in danger once deported to Ghana, they will never deport him unless he commits a very serious crime against the people of his new country of residence, thus, the USA.

He even now stands the successful chance of applying for political asylum in America if he is currently without legal residential documents. He can use the numerous videos and publications on the social media pertaining to the threats of his deportation as evidence to proof how his life is at risk in Ghana at the moment.

From the ongoing politicization of the seeming responsible or irresponsible behaviour by Twene Jonas, polarising Ghanaians, surely, his life will be at risk if deported to Ghana. Therefore, he can claim asylum in the USA to avail himself of the opportunities of being a refugee.

“Under international law, a refugee is someone who is forced to flee their home country to escape persecution or a serious threat to their life, physical integrity or freedom. ... Refugees are protected by international law and cannot be sent back home if their life or freedom would be at risk”

Twene Jonas is being hypercritical for all stupid reasons. He wants the leaders in Ghana to fix the country at the crack of his fingers. That is never achievable in any earthly human society. Even in America where he lives, there are ghettos with people living in extreme poverty.

However, he will have my back if he takes on the leadership for being corrupt and myopic hence wasting the taxpayers’ money. If there is no established facts of corruption against anyone and the money the government borrows or gets is being used prudently to develop the nation, then Twene Jonas is simply being mischievous, naïve and ignorant.

I shall suggest to Twene Jonas to avail himself of the American education so as to be able to present critically-analysed views on the situation in Ghana in regard to the leadership and the development of the country rather than just criticizing for its sake. He can insult but amid offering tangible suggestions or solutions.

This publication is to emphasise the point that no-one in Ghana can cause the deportation of Twene Jonas from America to Ghana as long as he is not wanted for murder and other such crimes that breach international laws. Therefore, all those ignorantly flooding the social media space with news about Twene Jonas’ deportation to Ghana must stop.