Africa's green revolution initiative has faltered: why other ways must be found

By Timothy A. Wise - The Conversation
Article 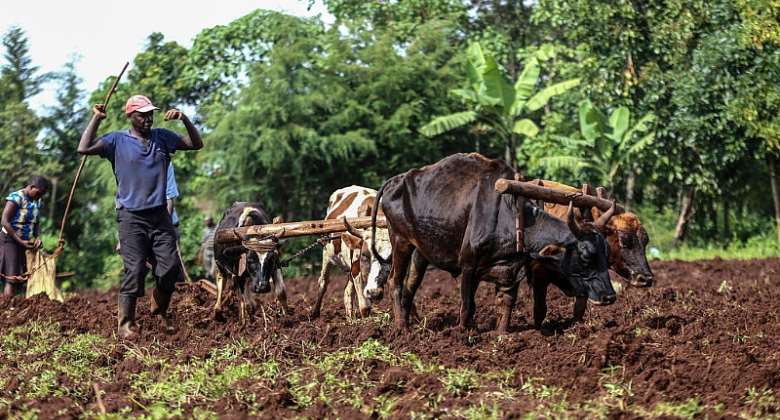 In July, the United Nations sounded alarms with its 2020 hunger report , which documented a 25% increase from 2019 to 2020 in the number of severely undernourished people in the world. Sub-Saharan Africa saw a similar spike with an estimated 44 million more people suffering severe hunger. COVID-19 and climate change were the proximate causes, but lagging productivity growth in agriculture contributed as well.

The Alliance for a Green Revolution in Africa (AGRA) was founded 15 years ago to address that productivity problem. With generous funding from the Bill and Melinda Gates and Rockefeller foundations, the alliance was founded as an international NGO dedicated to addressing chronic hunger and poverty. It would do so by increasing yields in key food crops through the expanded use of commercial seeds and fertilisers. This is the “technology package” credited with raising agricultural productivity in what came to be known as the first Green Revolution in India and other parts of Asia and Latin America in the 1970s.

The alliance set two key ambitious goals to be achieved by 2020. The first was to double yields and incomes for 30 million smallholder farming households. The second was to reduce food insecurity by half. With funding from private foundations and a few western bilateral donors the organisation has focused on 13 African countries for most of its 15 years, spending about one billion dollars.

At Tufts University, we set out in 2020 to assess how well the organisation was achieving its own stated goals. The organisation refused to share data on its beneficiaries, giving no reason. So we examined data from its 13 priority countries – among them Kenya, Nigeria, Ghana, Tanzania – to see if there were indications that a productivity revolution was taking place, generating rising incomes and improved food security. We relied on data from the UN Food and Agriculture Organisation and the World Bank , which at the time had data through to 2018.

We found little evidence of significant productivity improvements. For a basket of staple crops, productivity increased just 18% over 12 years, practically the same rate as it had prior to the interventions by the Alliance for a Green Revolution in Africa. That is nowhere near its goal of doubling productivity, a 100% increase.

Income improvements were more difficult to assess due to limited data. But poverty levels remained high, particularly in rural areas. Most alarming, UN estimates of the number of severely “undernourished” people in those 13 countries increased 31% since 2006, a far cry from cutting food insecurity in half. More recent UN figures show that the number of severely hungry people in sub-Saharan Africa as a whole has grown 50% since the alliance's founding in 2006.

No evidence of impact

The organisation's defence is, strangely, that its budget represents just 1% of development funding in Africa. So it argues that it is unreasonable to expect that the impacts of its work would be reflected in national-level statistics. I offer two responses.

First, the organisation set its own ambitious goals. By any estimate, 30 million smallholder farming households represent a significant majority of farmers in the 13 focus countries. If the alliance had doubled yields and incomes and halved food insecurity for that many farming households, that would indeed have shown up in the data.

Second, our research did not focus on the organisation's narrow impacts. Instead, we gave it the benefit of the doubt and assumed that its true objective was to catalyse a productivity revolution, in conjunction with the many other Green Revolution initiatives on the continent, not the least of which are direct subsidies for smallholders to buy seeds and fertilisers. Those provide as much as US$1 billion per year in support, a far more direct and significant contribution to the Green Revolution project.

Read more: Ghana's farmers aren't all seeing the fruits of a Green Revolution

Our research assessed the progress of the Green Revolution project as a whole. This should indeed have produced measurable results in 15 years given the billions of dollars invested in the project. It has not.

Since the publication of our research, the Alliance for a Green Revolution in Africa has been unable to provide evidence of its positive impacts on productivity, incomes and food security. Its recently published 2020 Annual Report claims to do so, but my view is it presents only short-term changes for small samples of crops and countries.

A flawed 'theory of change'

Our research paper calls into question the very premises of the Green Revolution's “theory of change”. The theory is that if seeds and fertilisers are put in the hands of small-scale farmers, their yields will double, as will their incomes from the sale of surplus crops. And they will become food secure from the crops they grow and the food they can now afford to buy.

Adoption rates of high-yield seeds and synthetic fertilisers are low, in part because the inputs are expensive and do not produce high enough yields. Even with subsidised inputs, yields have failed to increase dramatically.

With relatively small yield increases there is little more to sell. For many farmers the added income from sales does not cover the costs of the inputs. The incentives to abandon more diverse cropping systems can actually undermine food security by decreasing diet diversity and reducing climate resilience. Severe hunger in the 13 focus countries has increased by 30% .

The failures outlined here implicate a range of initiatives, not just the Alliance for a Green Revolution in Africa. Yet this year's African Green Revolution Forum seeks to celebrate these entities in advance of the upcoming UN Food Systems Summit on September 24.

The alliance claims its forum this year speaks with a “singular coordinated African voice .” Outside the forum, representatives from the Alliance for Food Sovereignty in Africa , a broad network representing some 200 million food producers, demanded an end to AGRA's funding. In the words of Alliance leader Million Belay:

We welcome investment in agriculture on our continent. But we seek it in a form that is democratic and responsive to the people at the heart of agriculture.

It is important that this diversity of voices is heard and respected.

Timothy A. Wise's research has been supported by a range of private foundations. In addition to Tufts University, he is a Senior Advisor at the Institute for Agriculture and Trade Policy, which endorsed the letter to AGRA donors circulated by the Alliance for Food Sovereignty in Africa (AFSA).

IMF a stop-gap measure, not permanent solution to revive Gha...
58 minutes ago