Five things to know about Zambia 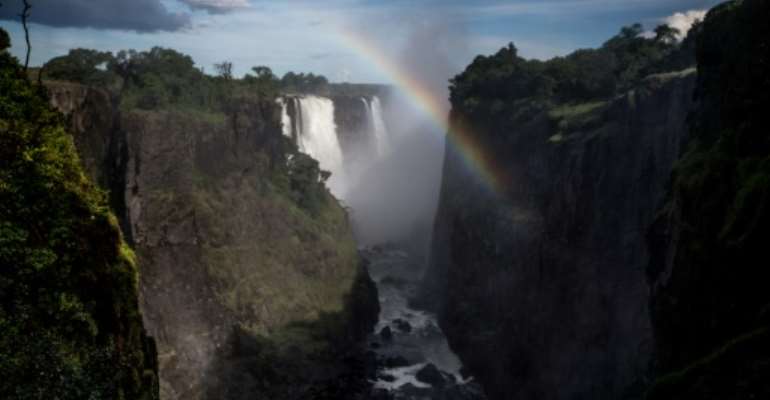 Victoria Falls on the Zambia-Zimbabwe border is one of the world's most spectacular waterfalls. By GULSHAN KHAN (AFP/File)

Zambia, which holds presidential elections on August 12, is a copper-rich nation in southern Africa once hailed as a regional success story but which has been hit hard by political and economic woes over the past decade.

Zambia is the second biggest producer of copper in Africa after the Democratic Republic of Congo, and the eighth producer in the world.

But a sharp decline in copper prices in 2011 and weaker exports to China, along with a series of government policy reversals, have undermined international investor confidence.

Most of the copper companies are owned by foreign, notably Chinese, investors.

Long considered a promising African country with annual growth exceeding 10 percent in the 2000s, Zambia has been in severe economic and financial difficulty for several years because of the drop in copper prices.

It also faces serious energy problems, with an erratic electricity supply that can see long cuts lasting up to 20 hours in a day, with devastating consequences for the economy.

In 2020 Zambia failed to pay $42.5 million in interest on its debt, becoming the first African economy to default during the pandemic. It missed another repayment this year.

According to UN estimates from 2020, nearly 2.3 million of Zambia's 17 million people are threatened by food shortages caused by drought in 2019, the worst the country had seen in 35 years.

Home to several animal reserves, its main tourist attraction is the Victoria Falls, one of the world's most spectacular waterfalls.

Located on the Zambezi River, the fourth largest river in Africa, the falls lie on the border between Zambia and Zimbabwe, and the two countries share the flow of tourists.

Kenneth Kaunda, who died in June, was Zambia's first president, taking power in 1964 when the country gained independence.

Zambia's first president Kenneth Kaunda, pictured here in 1975, died this year at the age of 97. By - (AFP/File)

Leader of the main nationalist party and nicknamed the "African Gandhi" for his non-violent activism, he ruled for 27 years under a single-party system before leaving power peacefully.