Adding an Academic Title to a Chieftaincy Title in Ghana is Inappropriate: Episode- 2

Lessons from Asantehene, the Catholic Church, the British and Eʋes in Ghana
By Philip Afeti Korto 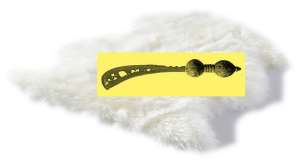 I indicated in Episode -1 of this piece that some chiefs in Ghana combine their academic titles with their chieftaincy titles. I find the practice inappropriate. About a week ago, the media reported widely that the Gyaasehene of Apinto Divisional Council in the Tarkwa-Nsuem Municipality was missing. His name hit the airwaves with much concern. Fortunately, he was later found alive. He is a chief, a traditional ruler. Guess his name. He is called Dr. Nana Adarkwa Bediako III. His name begs some rhetorical questions. Is his stool a traditional one which embodies the Apinto people or he occupies an academic stool? Since he is a chief, is the title Nana Adarkwa Bediako III not enough without adding the Dr.? The Asantehene, the Catholic Church, the British and Eʋes in Ghana offer some lessons in this regard.

In the case of Asantes, they refer to their overlord as Asantehene, Otumfuo, or Opemsuo who is the Occupant of the world’s sacred Golden Stool. The Asante Kingdom transcends Ashanti Region. Let me reiterate that Otumfuo is a cherished and sacred chieftaincy title and it is the highest of all the chieftaincy titles in the Asante Kingdom. The titleholder may have academic and other titles such as Doctor, Engineer or Professor yet these academic titles are considered secondary to the Otumfuo title. As such, no Otumfuo prefers to be called Dr. Nana Asantehene or Nana Professor Otumfuo.

In 2008, Otumfuo Osei Tutu II, the incumbent Occupant of the Golden Stool spoke vehemently against the joint use of academic and chieftaincy titles by Asante Chiefs. In fact, the Asantehene banned the practice among chiefs who hold allegiance to the Golden Stool.

It was reported that he said, “the practice by which some chiefs used titles like Nana Dr, and Nana Professor, was against the customs and traditions of Asanteman and could, therefore, not be entertained any longer.” The Otumfuo added poignantly, “the use of "big titles" did not make one a good chief, adding that the time had come for Nananom to make the stools they occupied look traditional.” One may access the said story on https://www.modernghana.com/news/165106/otumfuo-bans-use-of-academic-titles.html

Suffice to say that any Asante Chief who still uses academic titles with his chieftaincy title in public is defying the orders of the Occupant of the Golden Stool. To me, such a chief is equally diluting the sacredness and value of the chieftaincy title he holds in the Asante Kingdom.

The Eʋes of Ghana also eschew the joint use of their chieftaincy titles with academic and other titles. For example, Tɔgbe Anipati is the title of the Paramount Chief of Mepe Traditional Area in the North Tongu District. Tɔgbe Kwao Anipati IV (deceased) was a Ph.D holder and he was a Lecturer at University of Ghana. Prior to his installation as Anipati, he was called Dr. Joe Geker. When he was enstooled as Anipati, he was only addressed as Tɔgbe Kwao Anipati IV. He was not called Dr. Tɔgbe Anipati or Tɔgbe Dr.Anipati.

In the case of the Aⴄlɔ (Anlo) Eʋes, they refer to their overlord as Awɔmefia (Awomefia), the Occupant of Awɔme Stool (Awɔmezi). This royal personality is referred to as Awɔmefia regardless of his academic and other achievements. A Ph.D holder who occupies the Awɔmezi is not called Dr. Awɔmefia.

It is not for nothing that Article 270 (2) (a) and (b) of the 1992 Constitution proscribes Parliament from passing laws to confer chieftaincy titles on persons. In that Article, the Constitution states, “Parliament shall have no power to enact any law which (a) confers on any person or authority the right to accord or withdraw recognition to or from a chief for any purpose whatsoever; or (b) in any way detracts or derogates from the honour and dignity of the institution of chieftaincy.”

According to customary law and usage, a chief is called by his royal title, and not academic and other titles. After all, the Stool or Skin on which a chief is installed in Ghana is not a creature of academics. It is a traditional, customary, royal and sacred source of authority.

Article 277 of Ghana’s 1992 Constitution defines a Chief as, "a person, who, hailing from the appropriate family and lineage, has been validly nominated, elected or selected and enstooled, enskinned or installed as a chief or queen mother in accordance with the relevant customary law and usage.” So how can a chieftaincy title be used conterminously with an academic or professional title?