Adding an Academic Title to a Chieftaincy Title in Ghana is Inappropriate: Episode-1 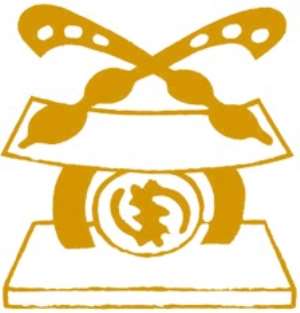 By and large, Ghana has become a title-loving society. Ghanaians boast of numerous titles and most of these titles hardly make any meaningful impact on societal development. It is to the extent that some persons take offence whenever they are inappropriately addressed with a given title at a public function. For example, it is trite knowledge that the title “Honourable” has become a cherished designation for the political class in the Ghanaian society. Most of those who use this title would not want to trade it off.

In Ghana, the Chieftaincy Institution has its cherished and time-tested values, titles, customs and traditions. Chieftaincy titles in the Ghanaian society carry weight, honour, dignity and they command certain authority. The titles vary from tribe to tribe or from community to community. Among the Eʋes, a chief is referred to as Tɔgbe (male) and Mama (Female). Akans use Nana, Hene, Ɔhemaa etc. The Ga-Dagmes use Nii, Nene and Naana as chieftaincy titles. In certain parts of northern Ghana, chieftaincy titles such as Naaba, Wura etc are used.

To my mind, every chieftaincy title in Ghana does not only depict royalty and a respectable traditional office but also a title that is not and should not be deemed to be inferior to academic titles such as Doctor, Professor etc. Respectfully, a chief may not have formal education nor have a terminal degree yet he commands respect in society.

Legal Foundations of the Chieftaincy Institution in Ghana

It is not disputatious that Ghana's sacred Chieftaincy Institution has been in existence before colonisation and before the introduction of partisan politics in Ghana, (the Gold Coast as it then was). Suffice to say that our chieftaincy titles are pre-existent to academic and other titles.

Accordingly, Ghana's four Republican Constitutions of 1960 (Article 49), 1969 (Article 153), 1979 (Article 177) and currently 1992 (Article 270) have guaranteed the Chieftaincy Institution together with its traditional councils as established by customary law and usage. It is in this same regard that Article 11 (2) and 11 (3) of the 1992 Constitution identifies customary law as one of the sources of law in Ghana. Apart from this, Ghana has had Chieftaincy Acts over the years and various Houses of Chiefs. The current Chieftaincy Act of Ghana (Act 759) was enacted in 2008. Therefore, a chieftaincy title must not be toyed with let alone enhancing it with academic titles.

The second episode of this piece cites some useful lessons academic title-loving chiefs can learn from the Asantehene, the Catholic Church, the British Monarchy and the Eʋe Chieftaincy Institution in Ghana. The conclusion of the piece in Episode-2 will emphasize the sanctity of the chieftaincy titles and why its potency should not be adulterated with academic titles.

The more we sink into debt and become poorer, the more money...
47 minutes ago