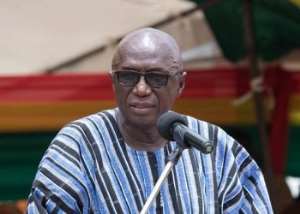 The three-member ministerial committee put together to investigate the disturbances recorded at Ejura in the Ashanti Region last week is expected to start work today, Monday, July 5.

The members of the committee; Justice of the Court of Appeal, Justice George Kingsley Koomson [Chairman of the committee], Security Analyst, Dr. Vladimir Antwi-Danso, and the Executive Director of Penplusbytes, Juliet Amoah are expected to be in Ejura later today to commence their work.

The nature of today’s work is unclear, as the committee is expected to speed up its work to meet the 10-day deadline set by President Akufo-Addo.

The committee is expected to submit its report to the government at the end of its work.

The President's directive follows the death of a social activist, Ibrahim Muhammed, who passed on Monday, June 28, 2021, after he was attacked by a mob when he was returning home on his motorbike on Sunday at Ejura in the Sekyedumase District of the Ashanti Region.

He's alleged to have been killed because of his social activism, which some felt was making the government unpopular.

The 45-year-old was noted to be vocal on both local and national issues using his Facebook page.

His family says he had faced threats over his activism prior to the attack.

He was rushed to the Ejura Government Hospital and later referred to the Komfo Anokye Teaching Hospital, where he died at midday on June 28.

Police in the Ashanti Region have since arrested three persons in connection with his death and put them before court.

After the burial, some residents of Ejura were confronted by a team of police and military personnel, leading to the death of two persons who were shot by some soldiers. The Police claim the protesters had become rowdy and were pelting s the security personnel with stones.

“One died on the spot before he was brought to the hospital, so we just confirmed the death. One other died 10 minutes after resuscitation,” Dr. Mensah Manye, the Medical Superintendent Ejura Government Hospital said to Citi News.