Twene: The Drum That Sound Ignorance Must Learn To Respect The Prophet Because A Second Jona Might Not Escape The Fangs Of Muslim Whales 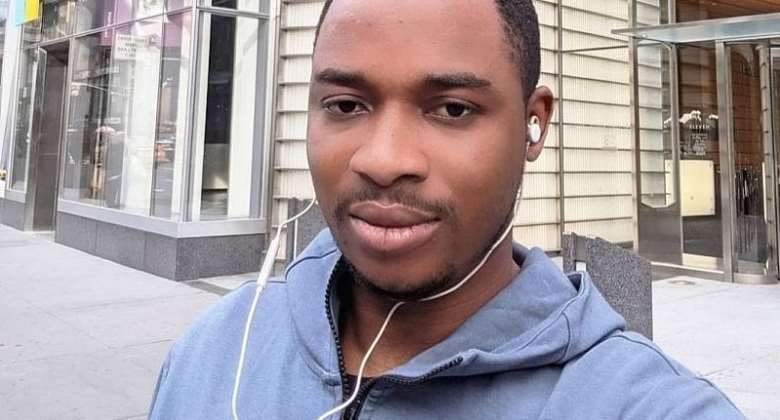 I have followed the "vilificriticism" (combination of unjustified insults and constructive criticism) style of one Twene Jonas, a Ghanaian vlogger based in the US who has carved a niche of social media popularity for insulting anyone he disagree with. Even though this young man may genuinely want the progress of Africa, he may have crossed his limit and jumped a firewall with a wobbling vault.

My challenge with this young loud man is that he lacks basic understanding of both Christianity and Islam. He must be told that no religion in the world that I know, at least, not Islam nor Christianity preaches to its followers to be lazing around and not work. However, we do appreciate that some pastors and mallams encourage their followers to spend productive time in their courts or centers praying instead of working but certainly, that cannot be the true teachings of both Islam and Christianity.

For instance, the Bible says that faith without work is dead and Qur'an says search for the bounties of your Lord after prayers. I wonder how 30 minute prayers (the average total minutes spent for the five daily prayers of Muslims) can make someone unproductive. The same way true Christianity does not encourage marathon prayers without work or action.

Again, Both the Bible and the Quran do not ask people not to think nor act scientifically. Both books and their binding faiths do not discourage technological explorations or solving problems with brain actions. So what is the point blaming religion for a clear systemic problem we have had as a people in Africa championed by failed leadership in the last decades.

In any case, America that he calls heaven and utopian country, don't people pray over there. Maybe if he cares to know, conservative Americans do not think any different from the average Christian in Ghana. Did he not read or heard the lady pastor, Paula White invite Angels from Africa to rescue Trump when his defeat was becoming obvious. May be he needs to reflect on this and stop behaving as if Americans are anti-religion.

Moreover, Turkey, the UAE, Bahrain, Qatar, Saudi Arabia, Iran etc have mosques all over the place, they pray five times a day. In fact, they have government officials in charge of religion, yet they are some of the advanced and well developed nations in the world. Similarly, Italy, France, UK, US have churches all around every corner but they are developed.

This above scenarios establish the point that religious practices may not necessarily impede development but the extreme level of attention and understanding given to a faith being practiced can rather retire progress. We Africans and some of our own types of religious adherent created by ourselves mostly not founded in the actual creed of both Islam and Christianity coupled with systemic illness is the problem.

If we have pastors like the kinds of Obinim, Obofo), Opambour, etc and mallams like 99 bullets, Sagani etc who blame every problem on witches and wizards, treat sick people in the church and in the shrines but they and their family members visit the hospital anytime they are sick, then we have a real problem. If we have "men" of God who give out lotto numbers and preach how people can get wealth without work then that cannot be the true Christianity Christ left for Christians and the Islam found in the Qur'an and the Hadith of the prophet.

Let me add that, I'm not saying prayers cannot heal the sick but what I'm positing is that certain conditions are basic medical knowledge which needs science and not signs. By the way, we should not forget that the human brain in itself is also a divine miracle given to man to solve our own problems through thinking and actions. The biggest divine miracle to humankind in my view, is the brain which was created to be used to solve problems.

Twene lacks this basic understanding and knowledge of Islam and Christianity and thinks that we are suffering as a people because of religion. He is not able to decipher between true Christianity and true Islam from business Christianity and business Islam. If he did, then he is, perhaps, being mischievous by lumping everything together to create a spectacle of failed religion in Africa causing underdevelopment.

Also, I have watched a number of his videos where he has taken on political leadership in this country for so many wrong doings. Well, I can perceive from his passion that he is certainly not political. Maybe he might have a hidden motive which I do not know but surely he is apolitical. His vilificriticism was extended to our traditional leadership for their role in galamsey which received mixed reactions over the past weeks. Whether right or wrong is another discussion for another day.

I have read in the news that he has jumped the fire fence by attacking the prophet of Islam. A slippery area anyone will want to go on a ride. It must be made clear that Twene and any other person can disagree with the prophet of Islam or any other messenger of ALLAH (Jesus, Moses etc) but he does not have the moral right to insult any of them, especially so when he doesn't know them nor has he read enough about them.

He must be reminded that the followers of a particular prophet may be journeying a wrong path never taught by the prophet himself. This may not mean that the prophet should be blamed. In this regard, it becomes blasphemous according to the bible to attack a prophet of God because you think his followers are acting wrong per your estimation. What big brains do is to check whether the attitudes and actions of the followers are consistent with what is in the prophetic scriptures revealed to the prophet. When this is done then an intellectual conclusions can drawn in any faith.

Twene never had this intellectual prowess to discuss Islam and the Muslim community separated from his personal sentiments and emotions but he went for an overkill to drag the prophet of Islam into his gibberish behaviour. Maybe he may have to think with caution because Muslims will do everything for their prophet out of respect, love and honour.

The curious question raging in my mind in the mix of all this discussions is that how would the prophet have responded to Twene if he was alive. There are historic precedence to this, where people insulted Him in the face but He (SAW) never reacted and also stopped his companions whose boiling anger would have mutilated such persons.

The opinion of most scholars which I ascribe to is for us not to react violently to such provocations but to respond intellectually. However, trust me there are millions of Muslims whales out there who will act violently irrespective of this clarion call by our scholars. Their fangs are on the edge ready to swallow Jona for the last time.

Twene, you MAY walk away freely this time but I can promise you that if you don't change your foot wear and continue with this type of footprint then be mindful that there are Islamic fanatics who do not care about American law. They will harm you before you even get the chance to bring them before the law.

If you are protected from individuals you insult in Ghana, you are not protected from prophet Muhammad (SAW) who has global presence at every corner. Even president Macron was not spared on the cheek let alone people like you who are very fragile in terms of security protection. Maybe you are emboldened with your 170, 000 or so followers but I don't think you would want to mess up with your victim who is followed by 1.7 billion people in the world.

Your quest to harmonise our country's religious diversity co...
4 minutes ago