Sika Gari: If the mouse can chew a metal bed, then the hawk can prey on a person 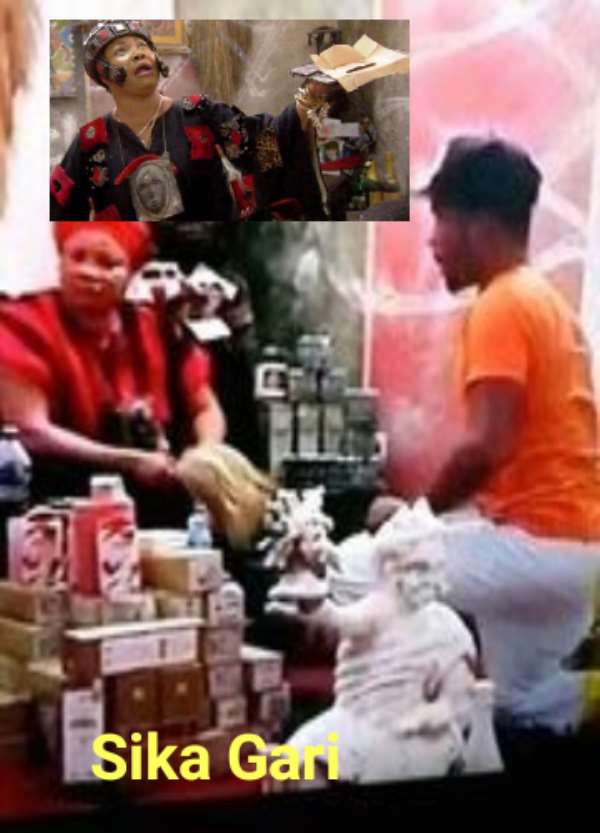 One day, a rich Merchant was travelling to a faraway city. He gave his golden bed to his bosom friend for safekeeping from thieves.

Upon the Merchant's return, he went to the friend for the bed. To his surprise, the friend told him the golden (metal) bed has been chewed by a mouse.

Amazed, the rich Merchant left for his house without uttering a word.

Then one day, this friend of his came to him begging to leave to his custody his only son, to embark on an emergency journey.

The rich Merchant took in the son, and bid the friend friendly-bye, amidst smiling.

The friend had the blessings of travelling mercy and came home safely.

He went to the rich Merchant for his son. There he was informed that a hawk had preyed on and carried away the son.

The friend who has lost his son exclaimed: "unbelievable, can a hawk prey on a person?"

The rich Merchant replied: "yes, if a mouse can chew a golden bed, so a hawk can prey on a person".

Don't take yourself for to be the only possessor of wisdom, and can therefore deceive all people and go unpunished.

Again, we’ve all been in Ghana here when we got all manner of people who called themselves "pastors" sold _water, anointing oil, stickers, handkerchiefs to the "gullible" folks, claiming they possessed spiritual powers to heal and make one rich to bursting.

If today we've graduated to a point of people calling themselves "fetish priests/priestess" and can double the money as that food (gari) soaks, we’re lamenting and calling for their heads?

True children of Ghana and Africa, we've not seen anything yet.

If the mouse can chew a metal bed, the hawk can also prey on a person.

The Founder Of the New Africa Movement

Tolon: NDC slams Bawumia for allowing hospital to rot after ...
38 minutes ago

Ban on noisemaking during Homowo festival to completely end ...
48 minutes ago