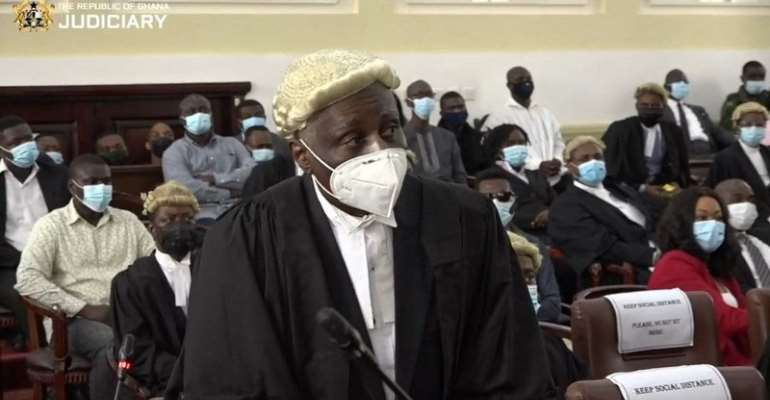 Counsels for the 1st and 2nd respondents also argued that the Supreme Court cannot lie and hence, the ruling of 16th February 2021 was right.

Tsatsu Tsikata still calls on the judges to consider the law and not a dictionary. It must be noted that after Her Ladyship asked counsel for the petitioner if he knew what went on in their minds before that ruling of 16th Feb. 2021 was made, and in response to Her Ladyship, counsel for the petitioner told Her Ladyship emphatically that he is dealing with what is on paper so far as their ruling was concerned and not what went on in their minds. He added further, I cannot enter your minds to know what transpired but what is represented on paper is what transpired before the ruling.

Having given them so much to digest, the court went on break.

A/R: Over 500 houses earmarked for demolition in Afigya Kwab...
50 minutes ago