How Covid-19 can impact positively on Ghana’s Annual ritual of Independence Anniversary Celebration; 16 years on. 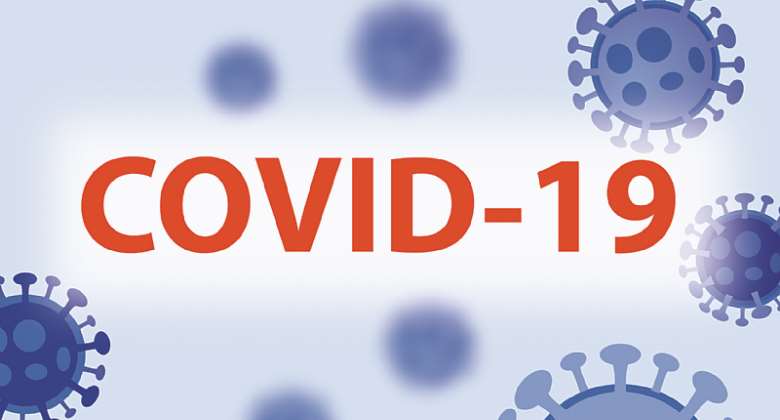 I woke up at 3:30 am on Wednesday, 27thJanuary, 2021 to call on God for an angelic visitation so I could obtain favor for funding to pursue a program of study abroad. All through this hour in my desperate encounter with God, a lot of thoughts came in sight.

What would make me want to leave the shores of Ghana to study abroad?

Before I write a short brief on this, let me ask you in all honesty, how many of our leaders studied in Ghana and how many of our politicians have renounced their citizenship just to have a political arm over a constituency. Also, they have made us believe that to serve the people of a country is a greater choice of sacrifice and devotion because political leaders in our social and economic context are already made businessmen or well to do individuals in society and as such, uninterested in the wealth of the state. I think it's time we made our politicians distant their private acquired wealth from their earnings emanating from their self-intuitive thought of sacrificial acquired state resources.

Let us please think carefully about this as men of a purest wisdom and clean in a cultural intriguing setting. “I claim I am self-made; I have money from my private life and possess a divinely wonderful family. I am a man who seeks to serve my people by offering them the greatest needs related to the things that affect them daily. What then sets an appetizing source of arrogance and pride when I am honored with a mantle to serve the very own people who pushed me to that political space?”. I have always said that politics should be a poor public profession as it’s an intent born on a free will to serve. I am tempted to say that we should stop the bluff of self-made as it is not genuinely reflective of our state of living or visible actions because, some person’s upon ascension of the poorest serviceable political ambition, become richer than the paradise of the economic well-being of the state. This has made most observers come to the conclusion that a butterfly truly cannot and never be at a dinner with a caterpillar.

Imagine living in a country where the roads that lead to the supposed elite, rich and powerful communities are untarred and lack drains. How well does this influence the patriotic senses of a poor commoner? If these rich/elites who ply these roads within their own enclosed environment cannot put funding, resources or even human capital together to make these roads accessible but waiting on Government, then I pity our sense of patriotism and its correlative effect or impact on the pitiful dry commoner whose satisfaction lies on providence.

This is really an animal farm of greedy and cruel insanitary complexion of human life. But I would deem the elite in these environments unfailing if only, there are corruptible institutional man-made offices depriving these private persons within their environmental space from executing their patriotic and communal enhancement of their communities. It would again be surprisingly unacceptable to make me think our “constitution” supports corruption but if there is a subtle comprehension of this thought bedeviled in the law that protects us, then we have opposing relics to fight.

Finally, even an ordinary “returnee, classified as a borga” receives an applause and a rousing welcome home after years abroad. I cannot limit my observations on just the less unexposed in society as both are parties to the crowd of followers. My submission relates to the fact that, let even a "broke borga” return home and he’s likely to receive an audience on certain platforms just because of a societal favorable perception within the human mind that, he is exposed or due to some undefined descriptive conceptualized tags that I cannot explain. This was just a background insight to how our way of life has been that requires an audit in an era where we claim, black lives matter.

We have heard of the constant cries related to the fact that we are not in normal times due to a global plague related to Covid-19 and its general effect on our way of life. This virus brought its own abnormality where men have to be an army of their own life or health. You either protect yourself with a mask, social distance, hand washing and sanitizing to keep your life and protect others. This imaginary body guard has become a regulator to our gatherings. It has limited a whole gathering of party makers and made fun a rigid scary activity for just the bold and unlawful gymnast or magician who thinks he’s skillful to outwit the audience.

But in all these, this shall also pass. Until it leaves us, if Covid-19 has made us unhappy in our normality with regards to our way of life, then I am tempted to say that, I am happy in such a moment of abnormality as it would help us save cost in reshaping our way of doing things.

Someone would ask how?

About 63 years and a month old, Ghana used to recognize its independence by holding a march-past on the 6thof March each year in remembrance of the heroes and fathers who toiled and fought for Ghana’s redemption from its colonial master. This annual ritual has been celebrated with budgetary allocations and costings across all the regional capitals. Isn’t it baffling to see us call on the security agencies, school children and associations to just come in contingents to march-past and leave? This repetitive approach has to be redefined. Bear notice of this, that each day of Ghana’s life is a page of history and we cannot keep celebrating the historic components of each day over and over again. One would argue that, though that day is historic and significant in Ghana’s history but hey, a repetitive ritual without a significant memory apart from a speech being read on a theme and issuance of awards, is a boring event undeserving of budget allocation.

If I may ask, do you see Ghana marching with nose masks in an era we have to social distance? Even without nose masks, school children and even well-built security personnel were passing-out due to the burns from the sun.

It is therefore time to use this abnormality (COVID-19) of our times as an excuse to stop, redefine, reshape, re-engineer what we can do differently as a people because our real history is the consciousness of a legitimate flagship intervention or programme invested in the generations ahead. I can boldly say that, a hearing leader who changes the status quo would be highly praised by a generation who understands what it is, with life.

What can we do differently as a Country in remembrance of 6th March, 1957?

Dear reader, I am writing in a free literary space of open mindedness. My thoughts might not be making lots of sense because all monkeys cannot hang on the same branch. Therefore, allow me to make some suggestions in my spirited visitation as a seer or prophet but please do not cast me away.

Firstly, I would grace an idea where on every 6th March of the year, the leader of our country together with his or her commanding officers of the security agencies would perform a unique ritual at the Independence square by lighting a flame to signify our remembrance. A beautiful crafted imagery with brief descriptive essays of those who struggled for our independence should be artistically installed at the Independence square for people to clearly have an idea of who these categories of persons were and their stake in Ghana’s history. Such a glaring mini honour could attract a few tourists even to the square to yield Ghana a photographic imagery in homes and some economic returns. No matter how trivial the amounts are, it makes us recognize how we appreciate little things as a people for we have come from a place where we had nothing.

Back forward, the leader of the nation after lighting the torch or flame signifying our remembrance would be offered an opportunity to address the nation in brief at the square and say prayers for the observance. At 6:00 p.m. on the eve of the day, the torch would be put out. Please do not get me wrong, for this ceremony should be limited to only and just a few which includes the Head of State, maybe the Vice, all National security commanding officers, the clergy and Chief Imam, media-GTV, and Prize winners in the ended West African Examinations. I doubt if the budget for such a number would be a hurricane to cause a national murmuring.

Secondly and personally, this is the right time to make a people's change by correcting a national worth but humanly wrong event. I have always felt that the financial resources budgeted for this celebration alone can build a factory in each of the regional capitals over a 16-year period which would be a huge gain for the entire citizenry.

Let's do the Mathematics. Assuming we have 260 MMDAs in Ghana and each Assembly at the local level spends an average of about Ghc 10,000 for the celebration each year, this amount multiplied by the number of MMDAs equals Ghc 260,000. All other things being equal, if this amount is offered to a non-pre-financed contractor devoid of price escalations and opposing manipulations, this amount can put up a meaningful edifice to support a community's unemployed youth forever. This rotational construction over all 16 regions over a period of 16 years would be a remarkable long-term achievement that can hugely be celebrated as a remembrance to our independence. This revenue or cost estimation is even minus that of the national budget’s celebration at the Independence Square. One may see this amount as meagre, but I have always asked that, how much does it cost you personally in building your own house? Also, the Ghc 10,000 limitation is just to offer you a fair idea of what we have failed to recognize as a people as this lower analytical assertion is not the true fact because MMDAs spend in excesses of this amount during the celebrations apart from a few Assembly’s whose IGF are very low. Even with this, there's a component of 6th March Anniversary celebration in the composite budget of all MMDA’s that is submitted to central government for approval and to this fact, the assertion of low or small is relative.

We can do more if only we put our minds to it. Imagine the President of Ghana directing all MMDAs to pay into a Bank Account their Budgeted cost meant for their respective celebrations to be used for a balloted regional rotational project and a sod cutting exercise done by a limited number of 20 government officials including the President at the designated project site with a 11 months project completion timeline.

Another project execution resurfaces on the 12th month of the 6th March in that order of sequence per the regional capitals number picked during the ballot by a representation of Traditional leaders. I might be sounding too untechnical without giving recourse to logistic estimations but note that timelines define us but the results and charged urgency to the task propel us to define what truly counts in our commitments to a better tomorrow.

Covid-19 can impact positively on our celebration because forgoing this year's is an excuse that would not trigger a debate of confusion on media platforms, just because an abnormality exists among us. In letting go, we can strategically slip these ideas in to test the reactions of our Ghanaian people. We can try, and we are likely to win.