Nile cruiser that inspired Agatha Christie sails on despite virus 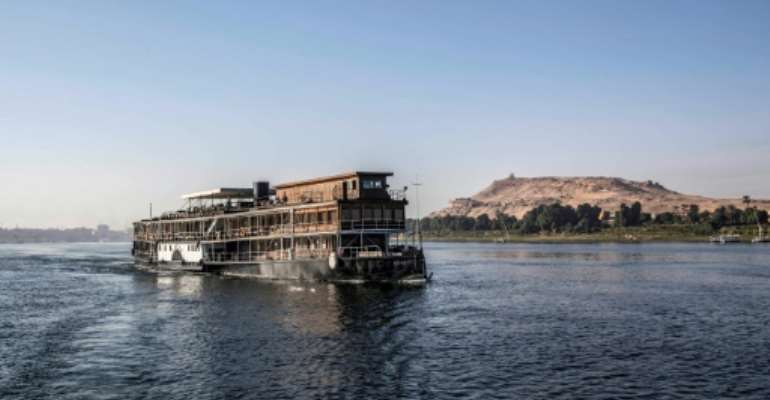 Steam Ship Sudan cruises the Nile in Egypt, a boat built for the Egyptian royal family in 1885 and transformed into a cruise liner in 1921. By Khaled DESOUKI (AFP)

More than a century after it first cruised the glittering waters of the Nile, the Steam Ship Sudan draws tourists following the trail of legendary crime novelist Agatha Christie.

The SS Sudan, which towers over the traditional wooden sailing boats in Egypt's southern city of Aswan, inspired the British author sometimes dubbed the "Queen of Crime" to pen one of her most famous works in 1937, "Death on the Nile".

The whodunnit tells the story of Christie's famous Belgian detective Hercule Poirot, investigating murder among the well-heeled travellers as they cruise the Nile.

"Agatha Christie's trip aboard the steamer, the atmosphere and its route... inspired her to begin writing the first chapters," said Amir Attia, the cruise ship's director. 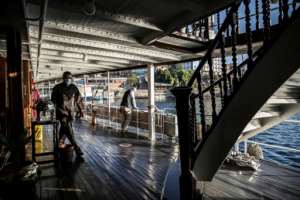 The SS Sudan inspired British author Agatha Christie, sometimes dubbed the "Queen of Crime" writing, to pen one of her most famous works in 1937, "Death on the Nile". By Khaled DESOUKI (AFP)

Built for the Egyptian royal family in 1885 and transformed into a cruise liner in 1921, the SS Sudan hosted the novelist with her second husband, archaeologist Max Mallowan, in 1933.

Among the ship's 23 rooms and suites, Attia says the writer's room is still "the most popular". 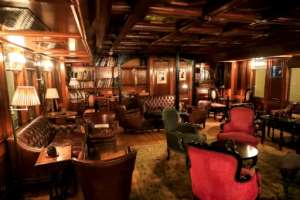 The interior of the 23-cabin boat has been refitted in keeping with its original appearance. By Khaled DESOUKI (AFP)

Passengers are whisked away on Christie's original itinerary, stopping at the same ancient archaeological sites, albeit with a difference -- the liner now runs on diesel and solar power instead of coal.

A staff of 67 keeps the vessel shipshape, and a luxury eight-day trip also including stays in two historic hotels sets travellers back around $4,000, but there is a long waiting list to stay in the Christie cabin.

"There are booking requests for up to two years in advance," he said.

While Egypt's key tourism industry has been hit hard by Covid-19 restrictions -- with revenues slashed by more than a fifth from 2019-2020 -- the ship's staff are insistent the pandemic will not sink the historic vessel.

"My product is unique," Attia said. "Egypt as a tourist destination will never die down." 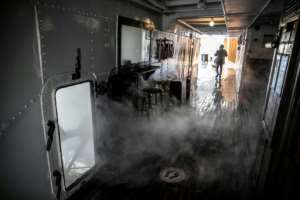 The engine section of the SS Sudan; the liner now runs on diesel and solar power instead of coal. By Khaled DESOUKI (AFP)

The SS Sudan has faced crises before.

It was left to rot for decades after World War II, but was rescued and refitted in 1991, before being abandoned and then repaired a second time in 2000.

Last year the boat was initially stuck in port -- but it started operating as soon as rules allowed.

"The SS Sudan was the first cruise ship to re-open for business in October," Attia said.

"We immediately got so many reservations... that we had to knock a few back because we're overbooked."

A big-budget film version -- directed by and starring Kenneth Branagh, along with Hollywood stars Annette Bening, Russell Brand and Gal Gadot -- is due for release in late 2021, a followup to the 2017 Christie adaption, "Murder on the Orient Express". 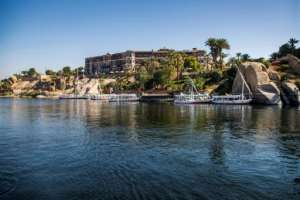 The last stop on the cruise is the Old Cataract Hotel, which over the years has hosted guests ranging from Britain's Winston Churchill to Egyptian Nobel Prize for Literature winner, Naguib Mahfouz, said Selim Shawer, the hotel manager.

The hotel too has a small exhibition dedicated to Christie, including the rocking chair and desk where she wrote.

"It is an attraction in itself for fans of Hercule Poirot," said Shawer.

"Even people who are not staying in our hotel come to take photos with the chair."