JM must not concede: Part Two 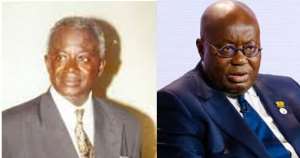 Convention
It is a time-honoured convention and has served mankind well over the millennia: A “loser” conceding after a fair competition. In sports, entertainment, reality shows, and yes, politics, a fair competition is always followed by magnanimity and graciousness. It is not “by force” to concede and congratulate but a competitor cannot be churlish when the competition has been fair.

But competitions are not always fair and some competitors would sometimes employ all sorts of stratagems to “win” unfairly. In such a situation, the delicate balance of losing and conceding such a loss is upturned, which at best could end in protracted civil disagreements and litigation or at worse, more energetic remedies, that is, violence. It is not an outcome desired by people of goodwill and genuine believers in democracy.

In the just-ended Ghanaian Election 2020, many of us who voted are standing with President John Dramani Mahama not to concede to the presumed winner, Nana Addo-Dankwa Akufo-Addo. We do not find that particular competition worthy of such a concession. If Nana Addo and his apologists are waiting for Mahama's concession and congratulatory message, hard luck – they should start getting used to it, they will not have it!

In 2016, when Mahama accepted the election results, he conceded in a very gracious speech, which today is ranked amongst the best of such speeches by an African leader. It was not a legal or constitutionally binding gesture, only one of goodwill…

Mahama is standing on two solid precedents here, both established by the NPP. The first was in 1992 when the NPP as a party and its presidential candidate, Professor Adu Boahen, citing a “stolen verdict” refused to concede. Not only that, but they also boycotted the first parliament of the 4th Republic. Professor Adu Boahen never recognised the outcome of Election 1992 till his dying day…

Ten years later, after the 2012 elections, the NPP presidential candidate, Nana Addo-Dankwa Akufo-Addo, refused to accept the results and took his case to the supreme court where the country was held to almost a year's long litigation over “pink sheets”. Our memories can stretch back four years from the pink sheets of Election 2012 to Tain in 2008. The NPP, with Nana Addo, boycotted that crucial presidential/constituency poll and the rest is history!

So, what has changed that some spineless hypocrites are railroading Mahama to concede a flawed election in which he had all the decks stacked against him from the appointment of a partisan EC chair and commission, to a mostly murky/opaque collation of electoral ballots that the EC itself found dumbfounding and kept changing the figures.

Mahama's position goes beyond the presidency and is pressing on the Ghanaian reset/reboot/recalibrating buttons that have gone haywire these past 4 years with the “onka ye who” ethnoreligious exclusiveness that has been holding sway. The EC, together with other state institutions, like the supreme court, armed services, the police, and many others, have thus been compromised. I am not surprised, for that is Nana Addo's way and Ghana's pain…John Mahama's refusal to concede these elections is a proverbial wake up call and should help us look afresh at all our national institutions (including some of those Mr. Know-All governance NGOs) and how to depoliticise them to work for the nation and all citizens without fear or favour – no matter which political party is administering the affairs of state…I am told the Executive Director of one of these governance NGOs is suggesting that if Mahama does not concede to the Kyebi Sakawa mafia, he would lose the respect of the “international community”. Really? Strange one, that…Are they Ghanaians? Mahama owes only the people of Ghana, his main constituency. I would have thought that any self-respecting Ghanaian governance NGO would recognise this elementary requirement first. But with the kind of funding, some of such institutions enjoy from the “international donor community”, I can well smell why such blinkers!

John Mahama's stance (and those of almost 7 million of us who voted for him), therefore is a catalyst for a rebranding of Ghanaian tarnished integrity. Time was when we held our elections without the monitoring of foreign election observers. In my 68 years I have witnessed such a status quo. We can and must work towards that benchmark. That we have to depend on monitoring and observer groups, chosen not by us, to give our elections stamps of approval, is retrogression, not progress. Our EC should have enough credibility and trust to let all of us feel confident of its public service credentials. It is because we allowed that trust and confidence to weather/wither away, is why we need the imprimatur of foreigners to validate our elections. Acquiescence in the face of fraudulence will not do it. Once more, no concession! The Nana Addo sakawa apologists can spin, preen, pirouette and indeed, the Colour could be trooped with all the fanfare of a flourish and recover, this is one electoral process that is not carrying us all along to a presidential inauguration – that is, should it come on.

Concluding words
In an electoral process where the forked tongue of a mother serpent has poisoned everything, I conclude this column with Dr. Charles Wereko-Brobby's brilliant conclusion to an article he authored on the 2020 flawed Ghanaian elections, which by the way, I recommend highly to anyone who wants to understand the perfidy that Election 2020 is. He writes:

“With all the comic relief “tragedies of cocked-up arithmetic errors going on with the tabulation” of already declared totals, Ghanaians are entitled to a rational & sensible answer to the question:

As Ghana does not choose its president via an electoral college system, why did the EC of Ghana decide to resort to regional tabulation this time to reach of the outcome?

We are waiting breathlessly for your answer, Madam Jean Mensa.

It's not for nothing the sages advise that “if it ain't broke, don't fix it!”

Sounds like very good advice to me, unless of course, you intend that the hand of God* intervenes to direct the outcome of the election.”

PS
*Infamous Diego Maradona words when he fraudulently used his hand to cheat a goal against England, which ended that team's FIFA World Cup dream in 1986. That is Ghana's clear and present reality and why we need a courageous leader like John Mahama, with the support of an indignant citizenry to side with him in saying NO! Go to court? Watch these columns.