By Dylan Gamba and Adrien Marotte 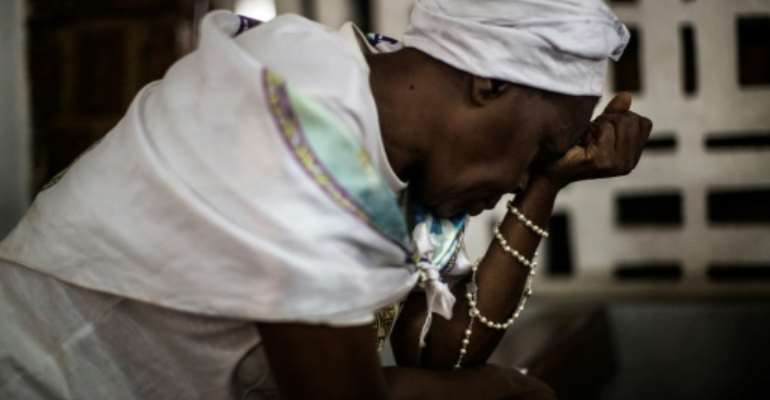 Church leaders in Gabon are engaged in a fierce tussle with the government as it prepares to re-open places of worship after months of coronavirus-induced closure, with restrictions deemed far too severe for poor families.

Authorities have said that churches and mosques can reopen on October 30 after being closed since March, provided they respect tough health protocols, including a requirement to produce a negative Covid-19 test result. The rite of communion remains banned.

"We find very difficult the measure calling on our faithful to present a negative COVID test, which now costs money and risks creating discrimination between the less well off and those who have greater means," several Christian organisations said in a joint statement.

Defiant, the archbishop of Libreville, Jean-Patrick Iba-Ba, called on the faithful to go to mass on Sunday October 25, ahead of the re-opening.

But security forces cordoned off Libreville's Saint Marie cathedral, and they were also deployed to prevent access to other churches in the Gabonese capital as part of measures to fight the spread of the coronavirus.

"This situation is distressing. We've already waited seven months for the churches to reopen," Nathalie Mkoule said outside the cathedral.

"My daughter is in third grade and there are 75 pupils in her class. Yet they want to limit the number of worshippers to 30 in a church. It makes no sense!," she added, rosary in hand.

Inside the empty cathedral, Archbishop Iba-Ba still conducted mass, wearing his mitre, in front of a few journalists and a helper who recorded it to be broadcast online.

"With the soldiers who surround us and the armoured vehicles deployed on church ground, it's clear that the Church in Gabon is a persecuted church," he said.

On Friday, the presidency's spokesman sought to reassure the Church in a press briefing.

"There is a permanent dialogue, we've already planned to ease the restrictions and we shall take other measures if the epidemic (rate of infection) continues to go down," he said.

But the Catholic churches have maintained firm opposition. "Our churches are big enough to welcome the faithful while respecting social distancing," Serge-Patrick Mabickassa, spokesman for Libreville's archbishop, told AFP.

Outside the cathedral, located about 100 metres (330 feet) from the presidential palace, the police turned out early on Sunday morning to bar access to the building.

At around 9:00 am, two priests in cassocks started to celebrate an impromptu mass for the faithful. The police moved in swiftly to disperse a group of about 40 worshippers.

"Please go back to your homes! Don't get into a confrontation with the police," a military colonel urged people through a loudhailer. An armoured car rapidly arrived to help disperse the crowd.

"We're up against powers that don't respect human rights," said Julien Gnogni, who normally goes to mass in the cathedral and was upset by the "double standards of the authorities".

"At the Mont-Bouet market, the biggest market in Libreville, the rules of social distancing are not respected, but the authorities prefer to shut down the churches," he added.

The huge police deployment on Sunday covered all the churches in the Grand Libreville (Greater Libreville) region, where gatherings were banned inside the security perimeter set up by security forces.

In the parish of Saint Christophe d'Okala-Avorbam, an armoured truck and about 10 soldiers faced off against a similar number of protesters on the other side of the street.

At Notre Dame de Lourdes, Father Bertrand went ahead with a service behind the back door of the church, watched by several policemen, an AFP journalist saw.

"We bless you and then you're going to go home quietly to avoid stirring up trouble," the priest said when he came out to his flock. "Next Sunday, we shall be open."