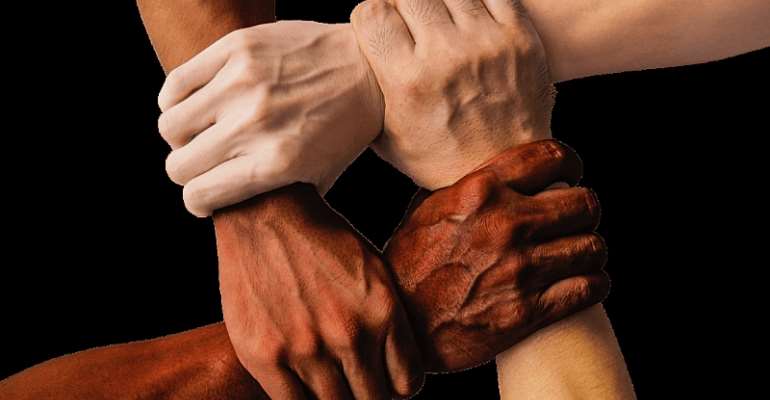 The importance and urgency of this subject to the Nigerian Left, at this time, demand that I begin the discussion with a series of clear propositions. And that is what I intend to do here. None of the propositions, in its essence, will be new to the movement or in the movement.

What may be new will be the way they are articulated and brought together here. The over-flogged and yet not too-illuminated subject, the national question, may enter this particular discussion because of its connection with the question of national unity. The first two propositions will establish the link I am making between “revolution” and “national unity” in Nigeria.

The opening proposition is this: Historically and philosophically, “revolution” is the core reason—if not the only reason—for the emergence, continued existence, vitality and resilience of the political Left. In fact, the political Left will cease to exist in essence if “revolution”, conceived as the overthrow of a class-state by its class enemies and the establishment of another class-state ceases to be its core basis of existence. And this thesis remains valid even if the ideological embodiment of this particular hard conception of “revolution” is a numerical minority of the movement.

Second proposition: The question of “national unity” has become such an urgent and burning issue in our country and Nigeria’s present ruling class has become so incapable of leading the country to it that the very first proclamation of the Nigerian Left on coming to power or office in Nigeria, must embody a clear statement on “national unity”.

The ideological core of the Nigerian Left is committed, in principle, to world revolution. When my generation of the Nigerian Left was young, we believed and used to say that the last battle of this revolution would be fought in America, the strongest bastion of capitalism and imperialism. It was an event we put very far, beyond our own life-time.

We, however, also believed that the import of the American (Socialist) Revolution would extend to the whole world. Since it was going to be the last battle-ground we paid little attention to what was happening in that northern half of the American continent - beyond reading books and journals and magazines flowing like water from the place. Comrade Biodun Jeyifo (BJ) ensured that he brought to my possession every new Left publication in America (book or journal) that he considered important.

With what is now happening in America under the Black Lives Matter (BLM) movement and the inspiration this has given to oppressed peoples and revolutionary forces across the globe, and—for me—the analyses which BJ has embarked upon in his column in the Sunday Nation newspaper (Talakawa Liberation Herald) I have begun to think that the revolution in America will not wait to be the last revolution on the planet Earth. And because of the wealth and power of America and its global reach and influence the revolution there will be as earth-shaking as that of the Russian Revolution of 1917. It will throw up new perspectives on “revolution” and simultaneously challenge many orthodoxies. However ….

Fourth proposition: As long as the overthrow of a class-state and the creation of another is the road through which every socialist or popular-democratic revolution will pass, I do not foresee the overturning of the conclusion reached by Marxist politics long ago and voiced by Leon Trotsky in his The History of the Russian Revolution (1932): “Organisations and leaders constitute not an independent, but nevertheless a very important element in a revolution. Without a guiding organization the energy of the masses would dissipate like steam enclosed in a pistonbox. But, nevertheless, what moves things is not the piston or the box, but the steam”. We in Nigeria, operating from various revolutionary formations, independently and from first principles reached this same conclusion more than 40 years ago. Of course, many things have changed since then, but none of these changes has challenged that conclusion. We must therefore continue to insist on the inevitability of organisation in our exhortation to the current fighting activists of the Nigerian Left.

This piece, or rather, the set of propositions in it, should be seen as a memorandum to a future committee or commission of the Nigerian Left on People’s Manifesto. It is not an infallible diktat. With this understanding, we may proceed to the question of national unity. If Nigeria’s ideological spectrum is broadly divided into the Left and the non-Left, I propose that only the Nigerian Left has been consistently committed, in principle, to the just resolution of the national question which I broadly define here as the complex of problems of “national unity” that arise when two or more ethnic groups or ethnic nationalities—each of them class-divided—are brought together under one sovereign state.

It is, and should be a matter of regret for the Nigerian Left that in spite of the vigorous debates on the national question and the question of national unity pursued by the international revolutionary movement before, during and after the 1917 Russian Revolution and more than a century beyond the triumph of that first socialist revolution, a period that witnessed many other triumphs—and, of course defeats—each providing deep experiences and lessons, the questions have remained defiant (before socialism).

However, it is also true that no other social system, least of all capitalism, has rivaled socialism in the formulation of the conditions—human and material—for the resolution of the national question, the ending of national oppression and the building of national unity. Put differently: Although socialism, as the ultimate goal of the Left, has not been able to resolve the “national question” and the question of “national unity”, it remains the only social system that is irrevocably committed to creating the conditions and laying the foundations for their resolution. This is the fifth proposition.

We provide the following as background reminder for the benefit of our young Leftist activists who may have been denied the benefit of learning their own history in school: Nigeria became independent on October 1, 1960, as a federation of three regions (North, East and West) and a federal capital territory, Lagos. In 1963, the Mid-West Region was carved out of the West. In May 1967, Nigeria was re-divided into 12 constituent states including Lagos State. In 1976, the country was further re-divided into 19 states and a designated new federal capital territory, Abuja. In 1987, the number of states became 21.

In 1991 the number of states became 30. And in 1996 Nigeria became a federation of 36 states with combined constituent Local Government Areas (LGAs) numbering 774. In 1995 a constitutional conference proposed the grouping of Nigeria’s constituent states into six geopolitical zones. Although this proposal was rejected by the military junta in power, Nigeria’s ruling class unofficially adopted the zonal framework for political use.

It is important to note that all acts of state creation in independent Nigeria that raised the administrative division of the country from 3 regions in 1960 to 36 states in 1996, except the creation of the Mid-West in 1963, were carried out by military dictatorships. Nigeria’s ruling class, or rather its political subclass, has not, again, been able to produce the type of correlation and balance of forces that made the Mid-West creation possible.

On the question of “restructuring”, what Nigeria’s ruling class did was to appropriate the idea, empty it of revolutionary content and leave it essentially as a framework for redistributing power within the class along ethnic and regional lines. They are incapable of seeing in it a framework for the promotion of popular power or at least the advancement of democracy, as proposed by the Nigerian Left.

It is not necessary burdening this article with details of the restructuring that will be consistent with the outlook of a People’s Manifesto. It is sufficient to propose that restructuring should not tamper with the present 36 states and 774 LGAs and must leave inviolate certain institutions and people’s rights, freedoms, privileges and entitlements that the Nigerian Left will insist should remain Nigerian and should not be “restructured” along state or regional lines. But this will be a responsible revolutionary insistence only if the Nigerian Left sharpens its focus on political power, that is, fight for the power to execute the program itself.

In a very private intervention that I recently made in an argument between some younger comrades, I said: “The struggle for secession is not, in principle or in every particular case, reactionary. Such a struggle may, in fact, in some conjunctures, be revolutionary. Illustrations can be found in all continents, including Africa. The adoption by the Nigerian Left of the platform of national unity is a conscious decision which is based on a set of concrete historical, ideological, and political principles and working-class internationalism and not on some abstract, metaphysical or a-historical principles that could lead the movement, for instance, to holding the same flag of “One Nigeria” with Nigeria’s ruling class”. Put differently and more directly: The Nigerian Left stands for “national unity”; but we proclaim this from a platform radically different from that of Nigeria’s ruling class. This is proposition 6.