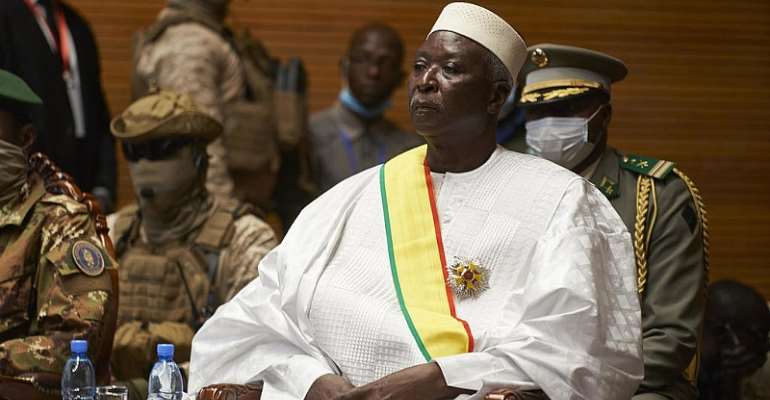 At the inauguration, Ndaw, 70, said he would aim for "a stable, calm and successful transition, in the agreed conditions and timeframe," referring to the 18-month term limit before the country goes to elections.

The junta and regional body the Economic Commission for West African States (ECOWAS) agreed to the terms, which also included the appointment of a civilian as interim president.

The retired colonel perhaps is not particularly 'civilian-like' – he began his career as a helicopter pilot who was trained by the Soviet Union, and held various positions in the Malian Air Force, including, ultimately, Chief of Staff.

Ndaw served as director of the Veteran's Administration from 2008 to 2012.

His training included a stint in France, graduating from the prestigious Ecole de Guerre.

The interim president was also aide to late President Moussa Traoré, who also grabbed power in a coup d'etat in 1968. It would not be the last time he entered politics, however.

After the Malian armed forces defeated the Tuareg militia in Kidal, he was given the post of defense minister in 2014, but only stayed in his post for a few months. He was reportedly against re-incorporating deserters into the armed forces, and resigned.

Before he left, however, he inked a defence deal with France, who had come to Mali's aid in fighting Islamists in the centre of the country in 2013.

Next steps
In his inauguration speech, Ndaw said he would uphold Mali's international commitments, but what is not clear is whether he will truly be at the helm or will Goita be running the country.

Opposition group M5-RFP, who spearheaded the original protests in June against then-president Ibrahim Boubacar Keita, will also be watching to see how the interim period plays out.

The group called for Malians to go to the street to protest against what they said was massive corruption, as well as in issue over parliamentary elections earlier this year.

Many Malians hope that by installing Ndaw as transitional president will be enough for ECOWAS to call off its crippling sanctions on the country, put in place after the coup.