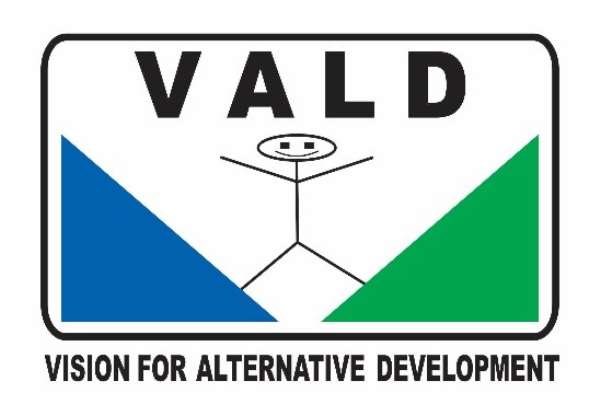 The Vision for Alternative Development (VALD) joins Hundreds of civil society groups in Africa and across the globe today to demand that their governments hold Big Polluters liable for the harms of their extractive activities on man and the environment.

The Global Make Big Polluters Pay campaign was first launched in September 2019 at the UN Secretary General’s Climate Summit in New York City. At COP25 in Madrid, over 200,000 people from more than 63 countries including Africa delivered a demand to the delegates present to make Big Polluters pay.

Today, this demand is amplified with the release of a “liability road map”: a first-of-its-kind tool outlining guidelines on how governments can hold polluting industries liable for the impacts of their activities causing environmental degradation and climate change.

The issue of liability has taken on new life as countries of the Global North shove climate justice demands to the back seat in favor of incentives and bail outs for Big Polluters in the wake of the COVID-19 pandemic, leaving majorly grassroots and frontline communities more vulnerable.

The Executive Director of Corporate Accountability and Public Participation Africa, Akinbode Oluwafemi said: “The launch of the liability roadmap is timely. It presents an opportunity and pathway that African governments must seize to finally hold polluting industries accountable for the environmental and human rights abuses they have caused in communities across Africa and the world over.”

The Regional Director, Corporate Accountability Climate Campaign, Hellen Neima said: “Liability presents an interesting prospect for communities that have for decades borne the brunt of Big Polluter’s assaults like oil spills in their rivers and farmlands and the noxious gas flares that contribute in large part to the climate change crisis. With these clear guidelines the day of justice seems to be nearer now”

The Programs Director of Vision for Alternative Development (VALD), Labram Musah said, “The harm and damage caused by these big polluters including Shell and other polluting corporations is far worse than the benefit they purport bring to us. We cannot take further risk as the future of our planet is uncertain. Government must prioritize the adoption of the liability roadmap into its national development agendas.

Industry liability is now a growing area of focus for climate justice experts, academics and governments alike as the industry’s long history of denial and its link with emissions and climate impacts becomes more evidenced. From states in Nigeria, to the US, to Vanuatu and Peru, among others, elected officials and impacted people including frontline communities are exploring options of holding Big Polluters liable for their infractions. These efforts should inspire a great move in Ghana as well.

On the global front, earlier this year, the European Parliament held a hearing investigating Exxon’s attempts to mislead the public. The Philippines’ commission on human rights is considering the fossil fuel industry’s responsibility for human rights violations in connection to climate change. And in Peru, a farmer is suing a German utility for its role in the crisis harming his livelihood. Equally in Nigeria, many Niger Delta communities have explored the litigation option in confronting Shell and other oil multinationals for oil spills and other environmental infractions.

With the emergence of oil fields in Ghana, it behooves on us as a nation to begin to follow and adhere to global best practices to ensure we protect our present and future generations from the devastating effects of big polluters.

Mahama was disastrous in managing Ghana’s education — NPP’s ...
12 minutes ago