The Black Man Is Black Even In A Light Of Light: Why We Should Carry Our Strength To An Economic Levelling 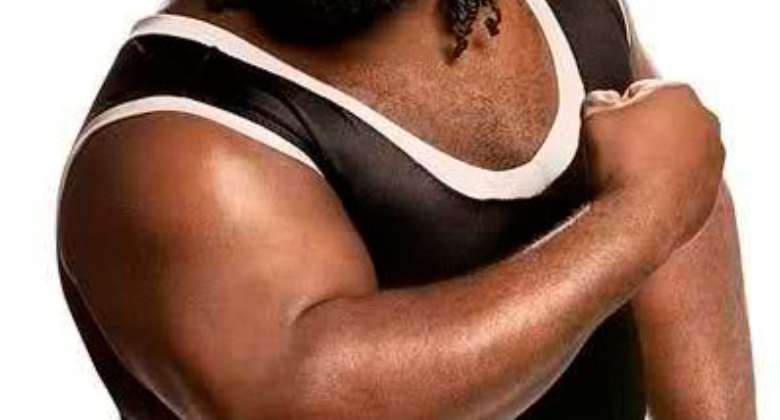 I cited a document from a High Commission informing persons’ who had wanted to be evacuated to their home countries pay for flight tickets and the 14-day mandatory quarantine fee of about 1800 USD. On seeing this, I thought of the long-term effect on travel in post-COVID-19.

I found this amount outrageous and carefully observed that, should such protocols of travelers bearing cost for mandatory quarantine in almost every country of the world, it would seek to affect the culture of travels.

The reverse per the positives I saw in this direction was related to the fact that, Blacks in Africa should put their “ass” together and develop their own. Why do I say this, if the world we now live in is being controlled on restrictions, the best weapon of defense is to ensure human and infrastructural development on a science and art of good/radical leadership and economic power.

Imagine a black African having so much and with some, “unexplained wealth”, traveling outside of their home countries to acquire properties and regarding such new found land as their abode and roots? We have had leaders stealing resources and keeping them in foreign banks whose retrieval processes resulted as a cost to the state. We have had even ordinary blacks proudly hiding their pregnancies in “baggy” maternity dresses just to give birth abroad.

I ask, what should be wrong in our own Country to call for these ill attitudes. I wouldn’t wish to say, we are our own enemies. The ordinary black secures a Visa to travel on a Business trip and he or she regards such as a huge blessing that calls for praise songs and monetary thanksgiving in Church. Have we not failed? I have witnessed men of God prophesying to people in Church and telling them, “I see you traveling to Europe, America among others”. What makes such a pronouncement a divine elevation? I don’t think a white would jump in surprise and call the pastor to break a news in anticipation to the fact that he or she is traveling to Africa. Imagine TD Jakes prophesying to a poor white woman that, she sees her visiting Lome-Togo, Ghana or Sudan on a short holiday or even traveling to seek greener pastures? I wonder her reaction. Would she dance to a hymnal song?

It’s a normal phenomenon to her but an abnormality to the black in Africa. Does this depict that we have a huge problem as a country? What would make a rationale foreign business in Africa wire all its profits to its business origin? What would make a black person in Africa, on the reverse, desire to wire monies and invest in a foreign land which has no lineage to his ancestors? I think the foreigner understands the culture of its origin and roots better than the black African. A foreigner, thus, minds his/her quiet self.

I have seen Doctors, Lecturers, Professors, Politicians, the rich, entrepreneurs among other well-to-do citizens of Africa depart its shores in search for greener pastures. There are equally poor foreigners, but I ask, why aren’t they flooding our Embassies in search for Visas to seek the greener of pastures in Africa through menial jobs as we do? The least talked about are our African students who travel outside for an “illusioned” higher education, they claim. People have told me that, our certificates from Africa are about 60 percent useless abroad as we cannot automatically be rolled onto their system of employment until we undertake a top-up in a related course of study. On the other hand, it will amaze you to note that, our Africa accepts anything foreign.

It is a shame but all is not lost as it takes someone to keep reminding black Africans who we are and the way to go in these dynamic times of our living. I wouldn’t have loved to relate my personal perspective of things to the submerged riots in America related to George Floyd and the most recent, Jacob Blake having observed the tribalistic appreciation in Africa. In most parts of Africa, we deem some tribes as evil and regard some as good. What we forget is, we are not born of ourselves and I don’t think anyone chose the tribe he or she was ushered into. Let us therefore change our hypocrisy and attitudes, as it is on a united reign of acceptance and belonging that we would build our nations bold and strong.

Back to my submission with relevance to the submerged but hooting “noise” of hatred and racism in America on George Floyd’s death. I would want to share a statement I recently came across by Mario Balotelli, a professional footballer who was born in Palermo-Italy to Ghanaian parents but raised by a white family. In his view he stated, “I challenge you all Africans to put money together with me to leave racist Europe and build stadiums in Africa and develop our youth. We have money we can build at least 5 world class stadia in each country and sign a petition that no players will be exported to Europe ever again. Here in Africa they will play under love of their sisters and brothers with no one singing racists chants on the stands against them. We are more talented. We can make our champions league quality and our leagues quality. We have great talent that is never appreciated.”

On reading this, I took some element of positives devoid of racial attachment, regarding, the conscientization of black Africans to the realization of our roots, history and culture. I appreciated his call on the visitation and emancipation of Africa in catching up with the world. I believe if all the black American’s, black Asians, Black Europeans among other blacks would realize the need of visiting Africa with their strength of investments in its re-modernization, certain attitudinal bias could be managed. It highly surprises me when I hear realist black celebs in America, Europe, Asia, among others after their break from work related to sportsmanship, music among others going broke. Have you checked on the returns an investment in Treasury Bills in Ghana generates each quarter? Imagine Jay Z, Beyonce, Chris Brown, P Diddy, among others investing a million dollars each in the purchase of Treasury Bills assuming he is a risk averse individual and the returns it will generate both individually and the drive-in infrastructural benefit to Government.

Per my assessments, this is the time for us all to unite as black people and suggest ways of educating ourselves and lifting the African continent from poverty. I believe the black person would always feel at peace on its own soil. I am not castrating us to make us think we are uncommon people but we have the potency to revisit our attitude and character and put Africa on a pillar of defense. Recently, I was down in spirit and had an urge of being a leader in reshaping the dreams of the Black African. Our Health care systems and Prison or correctional centers are laughable and I wonder if we genuinely value life. Fall sick in Africa and you are subjected to a Cab as a decorated ambulance to a near by Clinic whose service delivery is poor. Patients sit in chairs and are offered intravenous fluids which is an eyesore. Get a serious complication related to health and without a recommendation from a “Big man” who knows a “Big man” at any of the Big Hospitals in Ghana, then you are likely to die. Amazingly, correction centers which are meant to address state of minds rather destabilizers emotions. A cell has crowned in mates thereby placing their health in jeopardy. Africa must arise beyond a poor black attitudinal mind and create a united front of shared responsibilities as that brings real happiness. To gain respect, we have to earn it.

Dear reader, the black billionaires, shakers and movers in the world, should turn their eyes on Africa and build a common platform in developing it through job creation, infrastructural development, human capital, among other notable technological improvements. Do not fail us!!

Remember this, fighting equality on a borrowed land could be proverbially catastrophic. Didn’t the year of return bring you enough happiness? It is therefore time to come home to speed the economic levelling to match the other nations of the world as a war of brains defeats compromised weapons and even magical swords.

I believe when Africa is right, its daring witches and wizards will think “hi-tech” too by using their “African Electronics” to manufacture airplanes that do not crash, buildings that suspend, and a love that never ends.

Akufo-Addo directs CJ to look into petition for Jean Mensa’s...
32 minutes ago