Did British Museum Buy Most Of Its Thirteen Million Artefacts? 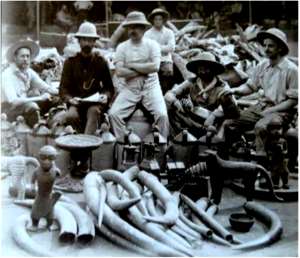 “The restitution of those cultural objects which our museums and collections, directly or indirectly, possess thanks to the colonial system and are now being demanded, must also not be postponed with cheap arguments and tricks’

Recent events such as the Black Lives Matter and the consequent removal of statues of imperialist and slave-traders in Bristol and elsewhere have put increasing pressure on the museum urging the return of artefacts that were looted, stolen or acquired under dubious circumstances in the colonial and slave periods. Fischer whose attempt at shallow solidarity with the anti-racist movement failed completely for its patent hypocrisy, now tries to fight back the demand for restitution by saying that not all the 13 million artefacts of the Bloomsbury museum were stolen. Did anybody ever assert that all the items in the museum were looted or stolen? Fischer apparently cannot resist to resort to the old tricks and arguments of the ‘universal museums’. You ask for a specific object and they raise their hands in alarm, shouting ‘ you want to empty our museums’. Even Prime Minister David Cameron, during a visit to India where he was asked about restitution of the Koh-i-Noor diamond said he did not support ‘returnism’ since this would empty British museums.

Fischer knows that the usual demands for restitution relate to Asante, Benin, Egyptian, Ethiopian artefacts, and the Parthenon Marbles. The director admits that the Benin artefacts were looted but says that the Egyptian artefacts were acquired as a result of archaeological excavations. He should tell the truth about the Rosetta Stone which the British seized from the French, another imperialist power that had been taking Egyptian artefacts as it wanted without Egyptian consent. The British taking the Rosetta Stone from the French was like a big-time thief stealing from a small-time robber.

Whether in Beijing, (China,1860), Magdala, (Ethiopia, 1868), Kumasi, (Gold Coast, Ghana, 1874) or Benin City, (Nigeria, 1897), the looted objects were not paid for even if some of them later on appeared at auctions. The initial sources were looting with violence.

Fischer asserts that many of the artefacts were acquired through purchases, auctions, donations, and treasure finds. He adds gifts and exchanges as modes of acquisition which are not disputed. He argues that it is a great simplification to say that the British Museum is a place of loot and stolen goods. The Sarr-Savoy Report (2018) dealt with all the modes of acquisition in the colonial period and quite rightly recommended restitution of objects taken without the consent of the owners.

Like most explanations from the British Museum, the explanations by its director are partial. It is acknowledged that the Benin artefacts were looted in 1897 by British soldiers. But will the museum also mention the burning and killing that took place in Benin? Would visitors be informed of the demands made since 1897 to recover the precious treasures of the Benin Kingdom and British refusal to contemplate restitution? Even as of today, the British and other European museums are only prepared to offer loans of the Benin artefacts to Nigeria? We have expressed our fundamental objections to Nigerians taking loans of the Benin artefacts from the European looters or their successors. Somebody must explain to the Nigerian public why it is better to take a loan of our artefacts from those who looted them instead of their simply returning them.

Director Fischer does not mention the Asante gold works that are acknowledged as being among the finest in the world. Some of the works are also in the Victoria and Albert Museum as well as in the Wallace Collection, London.

Fischer mentions acquisition of artefacts at auctions. Would he also inform readers and visitors that the British Museum sent an official of the museum, Richard .R. Holmes, to accompany and advise the notorious invading British troops at Maqdala, Ethiopia, on which artefacts were to be looted. Holmes was also provided with sufficient funds to buy Ethiopian artefacts that were auctioned soon after the defeat of Emperor Tewodros who subsequently committed suicide rather that fall into the hands of the invading imperialist army. Holmes bought for the British Museum some 300 manuscripts and other objects that should be still in the venerable museum unless they have been sold or exchanged for other objects.

Fischer, for obvious reasons, does not want to talk too much about the Parthenon Marbles which he mentions. He would have had to explain why despite all these years of Greek demands the British Museum has not moved an inch on its pretence to own legally the Greek treasures that were taken by the notorious Lord Elgin, allegedly with the permission of the Ottoman rulers in Greece who signalled their written consent through a firman that no one has ever seen. Britain has refused all attempts at mediation by UNESCO. United Nations and UNESCO have passed many resolutions since 1972 urging the return of cultural property to their countries of origin but these resolutions have fallen on deaf ears of the Western States that continue, without shame, to follow a lawless path. It is depressing to realize that those who often preach the rule of law and human rights seem not to care much for the human rights of others to an independent cultural development and the right to determine freely the location and use of their artefacts.

If the British Museum wants to discard its reputation as a citadel of looted and stolen artefacts of others, it should stop trying to advance baseless arguments and justifications for its illegitimate and unjustifiable detention of artefacts of others. It should stop telling African peoples who want to recover their looted treasures that the museum treats seriously its obligations as universal museum. No one appointed the museum to guard objects looted with force from African and Asian peoples imperialist Britain subjugated. Fischer and his staff should ask themselves how their voracious museum acquired the reputation of being the largest holder of stolen goods in the world. A large portion of the 13million artefacts in the British Museum were clearly acquired under colonial rule with all the force at the disposal of the defunct violent British Empire.

The British Museum as well as museums such as Musée du Quai Branly-Jacques Chirac, and Humboldt Forum should finally admit that there is an undeniable fundamental link between slavery, colonialism. looting of artefacts and racism, all underlined by the availability of unlimited military force under the racist European colonial regimes. Invasions of Kumasi, Maqdala, and Benin are clear evidence of the use of force to acquire cultural artefacts of other nations.

Western museum directors are from time to time shaken by events such as the cold-blooded murder of George Floyd and may even express sympathy for the deceased and their families. But how many more Floyds must die before the museums take seriously our demands for restitution or understand that the cruel treatment of Africans, African Americans and Asians are motivated by the same ideology that justifies slavery, colonialism, racism and looting of artefacts under colonial regime? The directors of European and Western museums, who are all well-educated persons, should know that we Africans lost at least 15million persons in the nefarious slave-trade and several millions under colonial rule due to massacres, genocides and other indirect methods of extermination such as depriving peoples of access to water sources or driving them from their land or confiscating their property.

The blood antiquities which Fischer and others display for the aesthetic contemplation of visitors represent an extremely high price in terms of lives of the deprived peoples. Can Fischer and co understand all this?

Bold assertions on methods of acquisitions of artefacts, not supported by any evidence, will not modify or change the traditional historic image of the British Museum as a den of looted artefacts of other peoples conquered by an aggressive Britain as has recently been confirmed by Geoffrey Robertson in his book, Who Owns History?(2019) Honest restitutions coupled with a genuine abandonment of Enlightenment racist prejudices would certainly help to improve the image of the venerable museum in Bloomsbury. Removing the bust of Hans Sloane, the slave-owing founding collector of the British Museum, from one place in the museum to a more visible place does not help much. At a time when statues of slave owners and other notorious characters are being removed or destroyed, such a gesture might even be seen as provocative. Nobody is asking the museums to show the public their hidden busts and statues. Hans Sloane may be important for the history and anthropology of the British Museum, but nobody has demanded the transfer of his bust to a more visible location in the museum. What has been demanded is to return some of the looted artefacts to Benin City, Kumasi, Maqdala, and Beijing. Once again, the British Museum seems to have misread the public demand. Imagine if the museum had, instead of moving Sloane’s bust to another part of the museum, declared it was sending the Queen-mother Idia ivory hip mask to Benin City, Nigeria.

Our contemporary museum directors could signify their abandonment of imperialist ideology and practice by returning some of the millions of looted artefacts lying in their depots which they cannot even display and which they really do not need.

The question of restitution of looted artefacts will not go away and the earlier the holders start to restitute a considerable portion of the artefacts, the better for all of us. African-European relations would certainly improve with the resolution of this matter. Present and coming generations will not have the patience that earlier generations seemed to display on a matter that is already hundred years old. We want to see some of the iconic African treasures returned now to their countries of origin so that African peoples may continue their history and learn about their history before the violent incursion of imperialist European States:

‘The looting of Benin City and Maqdala were British war crimes then and now: it should be a matter of national shame that the spoils are still displayed in the British Museum, or in the museum of any other Western country which procured them by purchase from the British Foreign Office’. - Geoffrey Robertson ,Who Owns History (p.169)