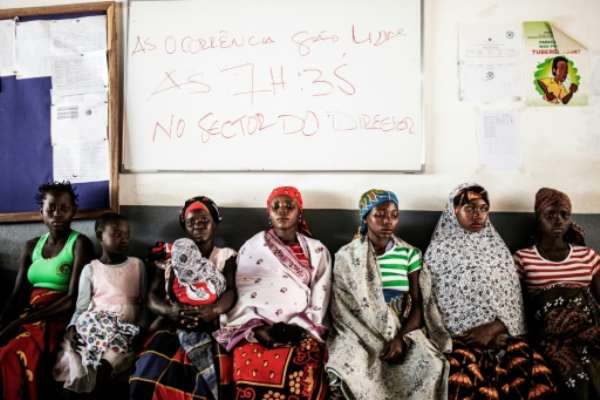 Child marriage is a growing concern for the rights of the child particularly in sub-Saharan Africa and Ghana for that matter. The United Nations Children Emergency Fund (UNICEF) defines it as "a formal marriage or informal union of children before under the age 18".1 However, in the Ghanaian context, child marriage has been perceived from the formal perspective for decades. This conceptualization of child marriage is deep rooted in the cultural norms and practices such as the Dipo Rites and Bragro which ushered children (i.e., girls less than 18 years) who had begun menstruating into forced womanhood. Hence, after such practices, it was culturally lawful for the girl to be taken up as a wife. Besides these practices, the issue of betrothal also facilitated child marriage in Ghana for years.

However, in contemporary times, the dynamics has changed. Currently, child marriage in Ghana may be defined more appropriately as the informal union of children before under the age 18. This may sound weird but that is the pattern in child marriage now. This new definition of child marriage in Ghana can be primarily attributed to high prevalence of teenage pregnancy. In Ghana, the legal age for consent to sex is 16 years yet legal age for marriage remains at 18 years. So the question is that within that two-year window, what do we expect from children? Such inconsistencies all create an enabling environment for teenage pregnancy to thrive, hence, resulting in child marriages. Particularly in coastal communities in Ghana, the trend has been that when the girl gets pregnant, she is forced to go and live with the expectant father and his family. Hence, the “informal union” between the girl and the boy. This cohabitation can go on for a long time, and eventually, there will be repeated pregnancies. Subsequently, the two people will begin to see themselves as husband and wife.

Besides teenage pregnancy being a precursor to this child marriage, other factors such as cultural and religious beliefs serve as driving forces that lead to this outcome. In Ghana, parents are uncomfortable to educate their children about their sexuality. Most parents are of the view that engaging children in such discussions will expose them to the practice. Hence, it is better to keep mute and assume that their children are not sexually active. Such hypocrisy leads to children relying significantly on information from their peers and social media. This information is usually positive or negative and since this period is a one characterized by storm and stress, children are pushed by their curiosity to engage in sexual activities which in most cases are without protection. Religious groups have spiritualized sexual and reproductive health issues; making it appear as though it were some sort of demon. Subsequently, children are unable to confide in pastors, priests and Imams about their changing sexual desires. Hence, they are deprived of timely and accurate information from parents, society and religious leaders. So children make uninformed decisions which leads to adolescent pregnancy and consequently child marriage.

Child marriage or early marriage has serious implications on the health and social development of the child. UNICEF reports that 1 in 5 girls aged 20-24 years are married before the age of 18.1 In our society where a lot of girls are likely to drop out of school upon getting pregnant due to shame and stigma from society, child can affect their educational capacity. Also, child marriages have the tendency to exacerbate gender inequalities because in most cases, the girl will be dependent on the boy for daily upkeep, thereby being subject to the dictates of the boy which may include that the girl must not return to school. Such power play in child marriages perpetuates more gender inequalities.

All of these can be addressed when the country and its citizens become more open to strategies such as comprehensive sexuality education that is targeted empowering both boys and girls to know more about their sexual and reproductive health, in order to make informed decisions such as abstinence among those who are not sexually active, as well as the use of condoms and other contraceptives among the sexually active. Also, it is important for government to invest heavily in the implementation of national policies on the right of the child and adolescent reproductive health and rights in order to facilitate the reduction of the incidence of child marriages. Also, it is about time parents become involved in the upbringing and sexual socialization of their children in order to build their capacity to make informed choices. Again, religious groups like the church should reorient themselves, undo the years of misconception and myths that they have told their young congregants. Knowing that the main precursor of child marriage is teenage pregnancy, all stakeholders must make conscious efforts to educate the children and sensitize them about the consequences of getting pregnant.