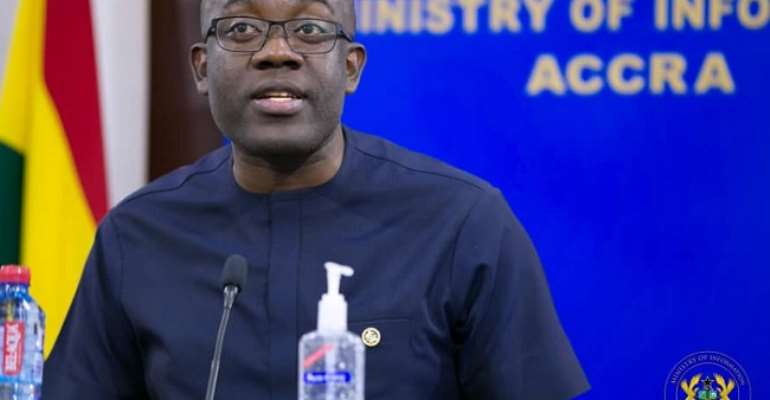 In a virtual national dialogue organized by the National Commission for Civic Education (NCCE) and supported by the European Union (EU) and the Multimedia Group Limited, officials of the Civil Society Organizations (CSOs) took turns to express their thoughts on government's approach to the implementation of the RTI law.

Held under the theme Right to Information, the dialogue sought to discuss Ghana's progress in implementing the RTI law and its effectiveness in the country's socio-political landscape.

Contributing to the discussion, Ms Mensah stated that public officials felt reluctant in giving out vital information to the citizenry.

This, she condemned saying, “The default stance of access to information is that information should be proactively disclosed.”

She said that CHRI organized some people to request information from some public institutions and a chunk of the feedback was that they were made to pledge not to use the information against the state.

On her part, Madam Ofori-Kwarfo urged that with Ghana's pedigree in democracy, government should ensure that information was made accessible to all, adding that there should be no fear on the part of government in giving out information.

However, Mr. Banda said that it was not all information that could be put out for public consumption.

He said the law obligated every public institution to put together a manual that contained the classes of information that they generate and process and also determine which information to give out to individuals.

The CSOs accused the Ministry of Information (MoI) of lack of transparency and leaving out the CSOs who contributed in the roadmap towards the passing of the bill into law.

Ms Mensah said that “when the law was passed, the MoI had a roadmap it developed with the contribution from CSOs” but were left out when the ministry later decided to change the contents of the roadmap due to the coronavirus (Covid-19) pandemic.

Madam Ofori-kwarfo stressed that “as CSOs that contributed to the passing of the law, we should not be left out of the processes in implementing the law.”

The CSOs again accused the MoI of performing the functions of the Information Commission as required by law when in fact the commission in itself had not been officially inaugurated.

He explained that the MoI being “a responsible ministry” has to put some processes in place by taking charge of some duties of the commission since “it is not fully operational yet.”

However, Madam Ofori-Kwarfo of the GII objected, saying the MoI could not perform such functions of the Information Commission, since the constitution does not give it any merit to do so.