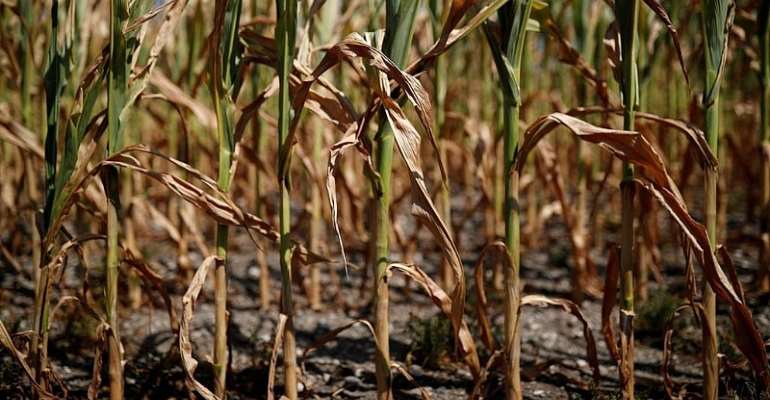 Blistering heat and severe drought across France has forced 76 of the country's 96 mainland departements to implement tight water restrictions. The tough situation has prompted farmers to seek government support to help cover losses resulting from damage to crops.

"An extraordinary situation requires extraordinary measures," Christiane Lambert, head of the French National Union of Farmers told France Inter radio on Tuesday, as she urged the government to support the agriculture industry to help farmers cope with the extreme weather.

"We are waiting for financial support from the government to help farmers withstand the shock, there is need for structural aid," Lambert tweeted.

The intense heatwave has wreaked havoc on farmers who make their living from the land.

Many have seen their fields turn from lush green to a dry, yellow-brown as the persistent drought has left crops thirsty and parched.

Earlier this year, the French government authorised farmers in departments affected by drought to use fallow land for grazing and to mow fields to produce fodder for their animals.

The climatic conditions compound an already difficult situation for French farmers who were already reeling from the nationwide lockdown which tore into their sales.

One billion euro recovery
"We will need a variety of support mechanisms, we will have to alleviate a number of burdens carried by farmers," Lambert said, estimating that a €1billion recovery package would be necessary to help the farm industry adapt, notably by developing drought tolerant crops.

"One billion is needed for recovery, but we need emergency aid now in the form of cash handouts."

The head of the French farmers union has recommended that the bailout money go towards cutting farmers' property tax as well as allowing agricultural workers to defer their tax payments so that the repayments "weigh less" and do not leave an even bigger hole in their pockets.

Lambert says that farmers have accumulated additional costs due to social distancing measures imposed by the government to limit the spread of the coronavirus.

No party mood
As if things couldn't get any worse, small producers in France's Occitanie region were left fuming on Tuesday--and not because of the heat--after thousands of ravers destroyed their land during an impromptu rave party.

Ten thousand party-goers invaded the private property of Cévennes national park in the town of Lozère on Saturday night, destroying the agricultural site in the process. Many were still gathered at the site three days on.

Bruno Commandré, Lozère's deputy mayor and a farmer himself told the daily Le Figaro he was disgusted.

"We are already battling a difficult drought with limited resources, we are working flat out, we don't need any extra work," he said.

"I am angry, but I'm also angry at the government for allowing this rave to happen."