Big Six Enduring Lessons From The Founding Fathers Of Ghana

As we celebrate the Founding Fathers of Ghana, I want us to consider some key qualities of these giant men who struggled to gain political leadership from colonial rule and also inspired the whole of Africa towards total liberation. They were not perfect people yet they lived lives we can learn from to contribute our own bit towards the building of a free and economically prosperous nation. In the words of President Nana Addo Dankwa Akufo-Addo, the Founders Day "...is the most appropriate day to signify our recognition and appreciation of the collective efforts of our forebears towards the founding of a free independent Ghana”.

In this write-up, I will use each one of the Big Six to glean lessons for us to learn. The Big Six were six leaders of the United Gold Coast Convention (UGCC), the leading political party in the Gold Coast. They were detained by the colonial authorities in 1948 following disturbances that led to the killing of three World War II veterans.

Below are the six lessons: 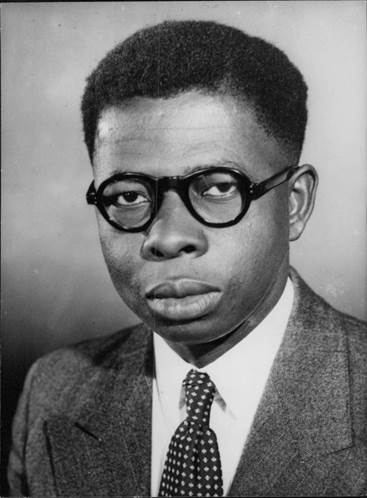 Born in 1916, Dr. Ebenezer Ako Adjei was a Ghanaian statesman, politician, lawyer and journalist. He was a founding member of the UGCC. He was born in a small village of Adjeikrom in the Akyem Abuakwa area. After his tertiary studies abroad in the UK and US, he returned home to join the UGCC towards the struggle for political independence as a founding member. Ako Adjei was instrumental in introducing Kwame Nkrumah into Ghana's political scene when he recommended him for the full-time post of Organising Secretary of the UGCC. It is believed that they may have met at Lincoln University.

The first lesson we can learn from our first Big Six, Ako-Adjei, is being a connector. He was a connector for Dr. Kwame Nkrumah to work on the platform of the UGCC. No wonder he served under his government until the issues of the coup d'etat that led to his imprisonment and later his decision to focus on family, legal work, and writings. Dr. Ako-Adjei teaches us to be connectors for like-minded people. We can build a free and prosperous Ghana if we believe in the expertise of fellow Ghanaians, affirm it and recommend them to others for business and professional issues. We must individually build trust to repose confidence in people to recommend us for our services. 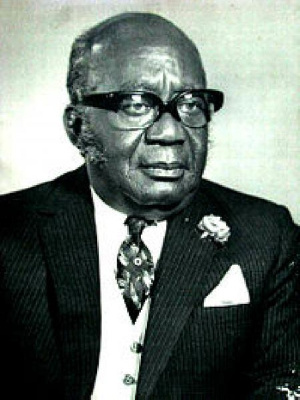 Edward Akufo-Addo was a Ghanaian politician and lawyer. He was a member of the "Big Six" leaders of the UGCC, and one of the founding fathers of Ghana who engaged in the fight for Ghana's independence. He was appointed the Chief Justice (1966–70) by the National Liberation Council (NLC) regime as well as Chairman of the Constitutional Commission (which drafted the 1969 Second Republican Constitution). He later became President of the Second Republic of Ghana from 31 August 1970 until his deposition by coup d'état on 13 January 1972. Real power rested with the Prime Minister, Dr. Kofi Abrefa Busia.

The second lesson we can learn from our second Big Six is making your profession count. Edward Akufo-Addo was a trained lawyer who became a supreme court judge and later the chief justice of Ghana, the highest-ranking judge of the Supreme Court of Ghana, and then President. He teaches us to strive for the best in our profession. If we will make our contribution to the building of our nation, we must discover our God-given profession and do it so well to our highest potential. Many times people think being a politician is the best way to serve but I believe working at our optimal level in our chosen profession is the highest service to our country. Let's strive for the best in what we do. 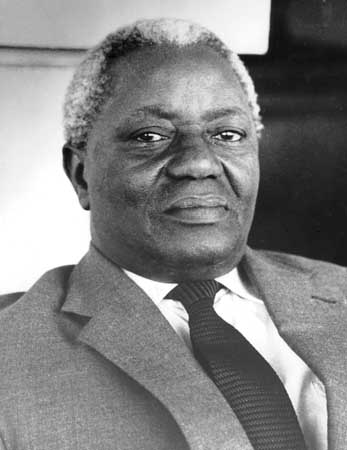 Joseph Kwame Kyeretwie Boakye Danquah was a Ghanaian statesman, pan-Africanist, scholar, lawyer, historian and one of the founding fathers of Ghana. He played a significant role in pre-and post-colonial Ghana, and is credited with giving Ghana its name. His historical research led him to agree with Nkrumah's proposition that on independence the Gold Coast be renamed Ghana after the early African empire of that name. During his political career, Danquah was one of the primary opposition leaders to the independence leader and first Ghanaian President Kwame Nkrumah. Danquah was described as the "doyen of Gold Coast politics" by the Watson Commission of Inquiry into the 1948 Accra riots.

There are many things we can learn from J. B. Danquah but I want to focus on his unique contribution of giving the name Ghana. Meaning we must learn to provide unique solutions in our time. There is something you can do that other people cannot do. Today, we look to history and make reference to him as the one who did research to propose the name Ghana. What one thing will you do so that posterity will remember you for? Think and reflect over it and start working on it. 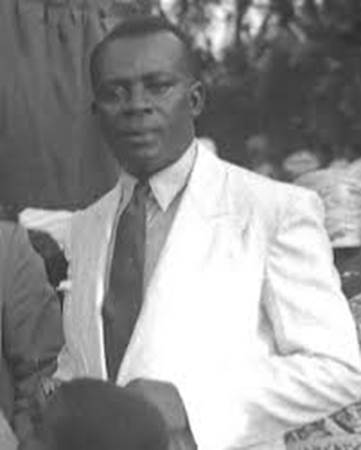 Emmanuel Odarkwei Obetsebi-Lamptey was born on 26 April 1902. He was a political activist in the Gold Coast. He was one of the founding fathers of Ghana and one of the founders and leaders of the UGCC. Leading the UGCC, he was able to bring about the political, social and economic change needed to declare independence from the British in 1957. Upon passing his school certificate examination, he was employed as a shorthand typist by A. J. Ocansey, a prosperous merchant from Ada. He graduated LL.B., and was called to the Bar at the Inner Temple in 1939. He stayed and worked in England, taking an active part in student politics and in the agitation for colonial freedom.

Leadership is an important lesson we can learn from Obetsebi-Lamptey. He led the UGCC to prepare the grounds for independence. Someone has said that leadership is cause and all other things effects. If we will build a prosperous nation which inspires hope for the future, we must learn the element of effective leadership. In our nation, we have gone through periods of coup d'etat, dictatorship, and constitutional leadership. They are good but we desperately need an era of leadership that will selflessly chart a new course for massive development and shared prosperity. We need bold leaders like Obetsebi-Lamptey. 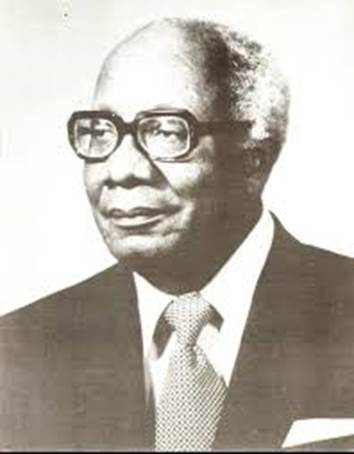 Popularly known as “Paa Willie”, William Eugene Amoako-Atta Ofori-Atta (10 October 1910 – 14 July 1988), was a founding member of the UGCC and one of the founding fathers of Ghana. He later became a Minister for Foreign Affairs in Ghana's second republic between 1971 and 1972. William Ofori Atta became a devout Christian and played various roles in Christian circles. He was one of the founders of the Accra Chapel Trust, (now the Korle-Bu Community Chapel) an independent evangelical church at the Korle Bu Teaching Hospital in Accra in 1967. Mr. Ofori-Atta “towered as a moral leader par excellence whom the majority of Ghanaians respected and honoured without apology”.

We must have a life of integrity. Without integrity, we cannot build a nation, families, people, businesses of enduring values. The reason why a Ghanaian would be more comfortable to do business with a foreigner than a fellow Ghanaian is because we are fast throwing away the value of integrity to the dogs. Integrity says that we are the same in private as we are in public. We don't say one thing in private and do something different in public. William Ofori Atta taught us to be leaders of integrity. His Christian values shaped his outlook of life. May we learn this and implement it in our lives. 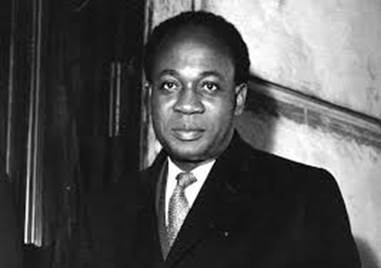 Kwame Nkrumah was born on 21 September 1909. He was a Ghanaian politician and revolutionary. He was the first Prime Minister and President of Ghana, having led the Gold Coast to independence from Britain in 1957. An influential advocate of Pan-Africanism, Nkrumah was a founding member of the Organization of African Unity and winner of the Lenin Peace Prize from the Soviet Union in 1962.

In 1943 Nkrumah met Trinidadian Marxist C. L. R. James, Russian expatriate Raya Dunayevskaya, and Chinese-American Grace Lee Boggs, all of whom were members of an American-based Marxist intellectual cohort. Nkrumah later credited James with teaching him "how an underground movement worked". James, in a 1945 letter introducing Nkrumah to Trinidad-born George Padmore in London, wrote: "This young man is coming to you. He is not very bright, but nevertheless do what you can for him because he's determined to throw Europeans out of Africa."

According to James, Nkrumah was not bright, I guess academically, but had a lot of determination to overthrow colonialism. All his years abroad studying and preparing were aimed at coming back to Ghana and Africa to liberate the continent from colonial rule. Today, we credit him as the chief architect of the struggle for independence. What are you determined to do in your life? You may not have what others have, you may not be bright as they are, but you definitely have something you can use. We must learn from Nkrumah to be determined to do something in our lifetime.

The founding fathers of Ghana can teach us many lessons but I have restricted myself to just six of them. You can read the history of these illustrious sons of Ghana to learn more.

The Big Six were six leaders of the United Gold Coast Convention, the leading political party in the British colony of the Gold Coast. They were detained by the colonial authorities in 1948 following disturbances that led to the killing of three World War II veterans.

Eric Otchere
The author has a daily blog at www.ericotchere.com .
You can connect with him via mail at [email protected] .