Where Are The Men In Family Planning? Is It The Business Of Women Alone? 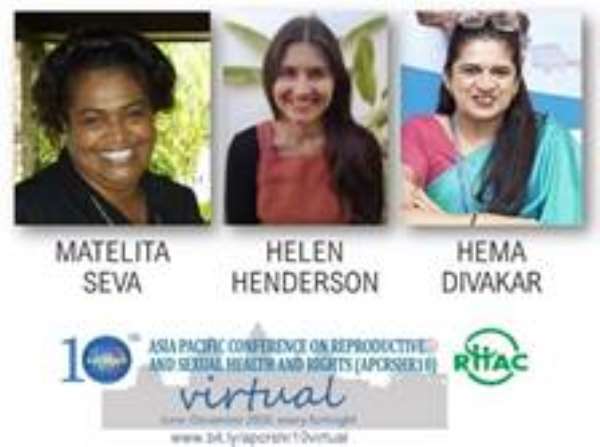 In many parts of the world, including India, family planning is largely viewed as a women’s issue and family planning programming is primarily focused on women. In fact, out of the 14 choices listed as methods of contraception, only 2 - condoms and vasectomy - require men's direct participation for use and are, what we call, male family planning methods. The rest are for female use.

Unfortunately, even these two available methods are under-utilised. Globally, over 70% of contraceptive users resort to female-oriented methods. Amongst these, female sterilisation (tubal ligation and hysterectomy) tops the list with 219 million users (24%). On the other hand, male sterilisation (vasectomy) has just 2% takers. So the onus of birth control has largely been dumped on the women - another glaring example of gender inequality.

As per National Family Health Survey (NFHS)-4 data, 3 in 8 Indian men believe that contraception is women’s business and that men should not have to worry about it. No wonder, female sterilisation remains the most popular modern contraceptive method and has the highest number of users at 36%, and male sterilisation is abysmally low at 0.3% in India.

And this is when, in medical parlance, vasectomy should be a better choice for men and women for birth control. A vasectomy is performed under local anaesthesia, takes only around 15 minutes and costs much less than female sterilisation which is a more complex surgical procedure done under general anaesthesia.

Noted gynaecologist Dr Hema Divakar, who is a senior technical advisor to Ministry of Health and Family Welfare, Government of India and Medical Director of Divakars Speciality Hospital, sums up the situation in India very well. Dr Divakar said: "Of the many privileges enjoyed by men, one is the minimal use of contraceptives for limiting the family. Issues around pregnancy are considered to be the responsibility of the female as she is the one who gets pregnant and it is her physical and mental health that is at stake. Most men see it as 'your problem, you sort it out, it has nothing to do with me.' Worse still, sometimes women themselves believe that vasectomy may harm their male partner's performance and general health, which is a total myth. HIV/AIDS was a game changer for scaling up the use of condoms (its use in India currently stands at 5.6%). But here also it is the men who decide if they want to use it or not - because of a selfish reason for their safety (mostly his safety, not hers - although use of male condoms protects both partners). So, mostly it is the women who use some method or the other for birth spacing or get into a whirlpool of repeated abortions."

Pacific has the highest level of unmet need for contraception globally

The situation is similar (or even worse) in many other countries of the Asia Pacific region including the Pacific island countries as well.

"The Pacific has the highest level of unmet need for contraception in the world. One in four women in the Pacific wants to use modern contraception but is currently unable to do so. The contraceptive prevalence rates have not only been stagnant for a decade but in some countries they have seen an alarming decline, whilst maternal mortality is still unacceptably high in many Pacific countries", says Matelita Seva, Executive Director of the Reproductive and Family Health Association of Fiji.

Timor-Leste is one such example of the Pacific island nations where use of male family planning methods is dismally low - condom use is less than 2% and vasectomy use is reported to be 0%.

This research was conducted in August-December 2019 in 7 of the 12 municipalities of Timor Leste through in-depth interviews with several healthcare providers, and participatory group discussions and body mapping activities with 175 women and men from urban and rural areas.

what is body mapping?

The body mapping process proved to be a very effective way of exploring current use and knowledge about family planning methods. The analysis of the completed body maps threw up some very interesting results. Most of the participants could not identify any male method of family planning. Very few identified condoms as a method to prevent pregnancy, although they were identified as a method to prevent sexually transmitted infections (STIs). Many participants could identify injectable contraceptives, implants and contraceptive pills.

The body map from a younger urban male was quite unique. He was one of the very few participants who could identify and discuss the vasectomy method. He could also identify condoms as a method to prevent pregnancy.

A young urban female identified and discussed natural family planning methods for both females and males.

The overall body mapping findings indicated limited community awareness and understanding about male family planning methods, with many participants unable to identify or describe any such method. Some participants identified male use of female methods, including contraceptive implants.

Interviews with healthcare providers showed that men have limited direct engagement with the healthcare system concerning family planning services, and that current services focussed mainly on birth spacing for mothers.

It is hoped that findings of this study - that also highlighted the gaps and opportunities on intersectional issues, like gender and age - will be integrated into programming and also used to inform educators and healthcare providers for appropriate health promotion activities in Timor-Leste, says Helen.

I find it worthwhile to mention here that Risug, a reversible non-hormonal, non-invasive male contraceptive developed by Dr Sujoy Kumar Guha, an Indian biomedical engineer and Professor Emeritus at Indian Institute of Technology, Kharagpur, might finally see the light of the day after years of hard work. Clinical trials of this world's first injectable male contraceptive have been completed successfully and the Indian Council of Medical Research has sent it to the Drug Controller General of India for regulatory approval. It holds great potential of drawing in more men into family planning programme, which at the moment is almost entirely the responsibility of women.

Family planning programmes in countries of Asia Pacific region must restructure their sexual and reproductive health strategies to focus on meaningful engagement of men and promote male contraceptive methods so that they become equal and responsible partners in the uptake and use of family planning services. Healthcare providers will also have to change their stance and involve more men in their counselling conversations, encouraging them to use male contraceptive tools and not just focus on methods used by females. At the same time, women too need to raise their bar of expectations from men when it comes to planning their family, to reduce the undue burden placed on them. Bodily autonomy is essential if we are to realize the sustainable development goals related to gender equality and human rights.