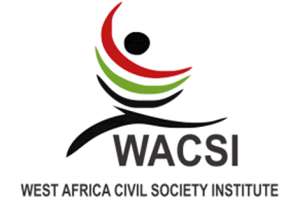 The Upper Guinean Forest of West Africa considered as one of the “global biodiversity hotspot” due to its exceptional concentrations of endemic flora and fauna species. This natural treasure has lost more than eighty-four per cent (84%) of its original forest extent within a half-century.

Côte d’Ivoire, a key global diversity hotspot of Upper Guinean Forest has lost 13.5 million hectares or 85 percent forest coverage since its independence in 1960 . In 2017, environmental organisation Mighty Earth reported that “despite Ivorian laws prohibiting land clearing in national parks and other protected areas, as much as 90 percent of Côte d’Ivoire’s protected landmasses have been converted into cocoa plantations.”

The degradation of West Africa’s biodiversity hotspot is due to subsistence and commercial agricultural expansions, urban, industry and infrastructure expansions, unsustainable logging and fishing, hunting and trade of bush meat, industrial and artisanal mining, climate change, and pollution.

These threats have increased the destruction and extinction of the terrestrial, freshwater, and other ecological interactions across West Africa. This is linked either directly or indirectly to a high incidence of poverty, political instability and/or civil conflict. It further exacerbates conflicts and undermines peace and stability in West Africa, a region that has only recently emerged from decades of violent conflict.

Though civil society organisations (CSOs) have significantly contributed in addressing a wide array of rights-based topics in West Africa, they still have an essential role to play in complementing governments’ work and raising awareness on the protection of West Africa’s biodiversity hotspots. However, given the broad scope and rapid development of emerging conservation issues like climate change, CSOs, particularly those operating at grassroots and subnational levels, are often under-resourced and face critical capacity constraints to exert influence. Experiences have shown that major CSO’s capacity constraints include challenges with their governance systems and management practices, financial accountability, donor grants reporting and communication.

Other operational challenges that plague civil society include poor documentation, policy advocacy and government engagement as well as the private sector. Therefore, there is a critical need to provide governance and technical support to key local CSOs to aptly promote biodiversity conservation in the hotspot and catalyse climate change mitigation and adaptation.

In response to this situation, the West Africa Civil Society Institute (WACSI) was selected by the Critical Ecosystem Partnership Fund (CEPF) to implement the programme “Strengthening CSO’s capacities for effective stakeholder engagement in biodiversity conservation project”.

The project seeks to strengthen the institutional and operational capacities of 17 CSOs from Cote d’Ivoire, Guinea, and Sierra Leone. Through this programme, the organisations will be equipped to effectively engage and advocate for the development and implementation of national frameworks, policies and regulations for climate change mitigation and adaptation, that would meet national needs for development and environmental sustainability.

"JVE Côte d'Ivoire welcomes with great pleasure and enthusiasm this training that will support the strategic restructuring of our organisation. After more than 10 years of existence, our organisation faces a challenge, but, with WACSI we wish to cross this bridge of the reinvention of our actions for the well-being of the environment in Côte d'Ivoire", explains Ms. Larissa YAPO, Executive Director, JVE Côte d'Ivoire, one of the six organisations selected from Côte d'Ivoire.

The project will offer a series of capacity strengthening activities to participating organisations, in four phases including (1) training; (2) mentoring and coaching; (3) support to apply for small grant proposal; and (4) documentation of change stories and lesson learnt.

It is envisaged that the project would lead to an improved organisational productivity and strengthen the results-based management skills of the participating organisations.

"We hope to strengthen our fundraising, financial and human resource management skills, and build an effective organisation to respond to both national and regional needs for better environmental, human and natural resources management," notes Darius Barrolle, Executive Director, GREENLIFE West Africa, one of the five organisations from Sierra Leone.

The project would also equip the participating organisations with relevant knowledge and skills to influence decision-making and policies at the local and national level and improve their capacities to effectively communicate impact and success stories.

The Critical Ecosystem Partnership Fund (CEPF) is a joint initiative of l'Agence Française de Développement, Conservation International, the European Union, the Global Environment Facility, the Government of Japan and the World Bank. A fundamental goal is to ensure civil society is engaged in biodiversity conservation.

The West Africa Civil Society Institute (WACSI) was created in 2005 to strengthen the institutional and operational capacities of civil society across West Africa. The Institute seeks to promote and facilitate dialogue and collaboration between and among civil society, government and the private sector in the pursuit of good governance, democracy and development in the region. Since it became operational over twelve years ago, the Institute continues to operate a three-pronged strategy to bridge institutional and operational capacity gaps, including; 1) Capacity Development; 2) Knowledge Management; and 3) Policy Influencing and Advocacy. Thus, far WACSI’s programmes have benefitted 4,535 development practitioners from 3,798 civil society organisations across and beyond West Africa.