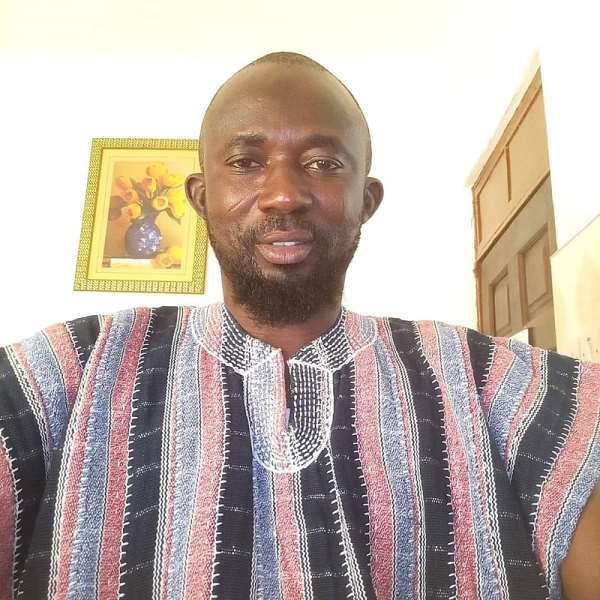 An elder that defecates on a path will step on faeces on his way home. When the hawk visits the feast of the eagles, that hawk is only risking to be part of that feast. Good and bad work together, if there is no evil, doing good will not make an impact. Again, if a lamb wakes a sleeping lion, that lamb must be ready for a hot chase.

The Ghana Health Service yesterday released the district health rankings, in Upper East region, out of a total of 15 district assemblies, our Binduri District under your clueless leadership clocked 13th, meaning we only managed to beat 2 districts, in Kusaug, out of our 6 districts, we clocked last. If a district development ranking is conducted today, Binduri will clock last, all because of one man whose ego has grown bigger than the bulgy stomach of a bush elephant; a man who sees himself as one beyond compromise and advice.

The position of Binduri in the district performance feedback is a serious indictment on the health goals of our district. It signifies that our health situation in Binduri is very terrible and requires condemnation. It also indicates that you are not on top of issues, from the feedback, it is obvious that you've failed to strengthen the flagship community health planning services (CHPS) program in our communities. You've failed to address the health disparities in allocating resources to increase health financing which is key in expanding primary health care in Binduri. It also points to the senselessness of some of your vindictive actions in refusing to approve funds for equipping the Binduri maternity health centre with hospital beds and medical assortments, it exposes your ignorance and arrogant decision to turn down our MP's request for funds from his share of the common fund to procure PPEs in support of our district health directorate in the fight against covid19. It is ridiculous for us to read that you were a few days ago going around claiming to be educating our people on covid19 when you have failed to equip our health facilities with resources to do the education themselves as experts. Of course, you are probably interested in the perdiem that will come to your pocket than getting the professionals to do the sensitization.

Mr. Yakubu, be you informed that nobody does any great things alone, leaders don't succeed alone. A leader's potential is determined by those closest to him. As mother Theresa once remarked, "you can do things I can't do, I can do things you can't do, together we can do great things."

As Machiavelli pointed out in his book entitled the Prince; "Constitute your inner circle as a leader not with friends, not necessarily praise singers, school mates, tribemates, members of your religion or necessarily those you are better than". This is your biggest problem! The fact that you see everyone that criticizes your silly actions as an enemy is the reason you are failing and will be on your head as the worse, clueless, arrogant and ignorant performing DCE in the history of Binduri years to come. As said in the Holy Bible, do not be like the horses or the mull, which have no understanding but must be controlled by bit and bridle or they will not come to you. Always make hay whilst the sun is shining!

A few tutorials to you on good leadership in books I have read might do some magic for you; character, knowledge, intelligence, intuition and experience are the tools of good leadership. If you climax it with the closest circle of the leader I outlined earlier, you may be able to achieve something meaningful in your few months remaining.

Your colleague DCE's in the region work closely with their MP's without rancour, why only you? Hajia Ninchema, your elder sister from Bawku Central is doing great magic by being able to work with her MP, these two personalities are from rival tribes you know? But they've managed to get along with tribal bigotry, you may need to tap some wisdom from them. In your own interests, learn to develop a working relationship with people you don't like, see development beyond political lens!

Another interesting development has evolved and is currently in circulation, it's about my name among the list of students who have been approved by the MP to benefit from his share of his common fund with stipends. Mr. Yakubu, anyone who brings untrodden faggots to his house should expect visit of lizards. It is very unrealistic for one to walk through a refuse dumb and expect not to be pierced by broken bottles. Several students are expected to benefit, some in your own words have problematic application documents, why is it my name that you have singled out and circled for your despicable fools to be circulating on social media with funny messages? Is it that I am not a student or I am not from Binduri? You are my big brother and I had expected you to demonstrate leadership on issues like these. I submitted my application last year, duly signed, how come you are claiming I'm a criminal and that my application has no signature? I do not intend to meddle words over trivialities with you but only wish to ask you and your despicable fools who is more criminal than someone who sits on the comfort of his chair at home and turn duly signed letters into one's without signature just for cheap political points? You must bow your failing head in shame!

You go about telling people that you don't know what you've done against me that have made me hate you so much, like seriously? Do you remember you told me that I will never get anywhere in life when your mother passed away in early 2018 and I called to sympathise with you? Again, I heard and watched you lie against me that I have insulted you, for which you were in your own words sending me to court. Lol Lol Lol, that was grammar gone bad, I know the road to the court, so I don't need you to send me there!. I guess you were trying to tell them that you intend to sue me? Well, that's a matter for another day. All I want you to know is, I am qualified to benefit from the MP's common fund, a reason you should stop the silly things your bootlickers are circulating on social media. They continuing with such behaviour will be counter productive!

I still have some little respect remaining for you as an elder brother, to earn that, stop your intimidatory tactics. I am not such people you should try intimidating. All I want you to know is that, you won't be a DCE forever, you will soon go. Don't work against developmental projects proposed by the MP simply because you belong to different political parties. Approve the funds he is requesting to construct the 8 boreholes, approve the funds he wants to construct the pavilion for the good people of Gotisaliga, approve the funds he has requested for equipping of the Binduri maternity health centre. In short approve all funds requested by the MP to develop Binduri, doing so doesn't make you a weak personality, it will only show how inclined you are to develop, it will earn you much respect for well-meaning sons and daughters of Binduri, long even after you are gone. After your party parliamentary candidate is going about cutting sod for oral projects which you should do. But it is ok, your own party members see you as an incompetent one.

US revokes licence of top Chinese telecoms company
42 minutes ago