DJ Premier: The DJ Is The Final Endorsement Of Anything 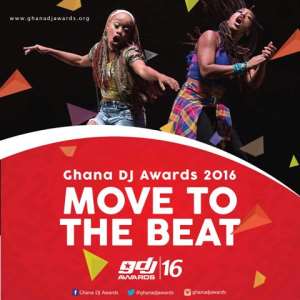 Member of the 2016 Ghana DJ Awards board, DJ Premier has said that the DJ is the focal point of music promotion.

Speaking on Hitz FM’s morning show on Wednesday, February 17, 2016 DJ Premier said, “The DJ is the final endorsement of anything. It is the DJ who gives the final endorsement to music because without the DJ playing a song in the clubs, on radio or anywhere it will not stand the chance of becoming a hit or been aired anyway.”

The renowned DJ also spoke on why the #GhanaDJAwards was created.

“This Award was created to reward and celebrate people who are excelling in their endeavour as DJ’s,” he noted.

This year’s event has witnessed certain innovations such as the #PubTour where the DJ’s perform live from selected pubs in Accra on Fridays, Saturdays, and Sundays.

According to DJ Premier, the #PubTour is a way of getting the DJ’s closer to the people because many at times these DJ’s command lots of crowds but in return, they don’t get the necessary attention.

The 2016 #GhanaDJAwards will also witness a category called the Life Time Achievement Award where people have excelled over the years in the regions will be recognized.