New Song – New Hope for the Sick & Vulnerable - By MEMHREP

By MEMHREP Ghana
Touch Of Thoughts 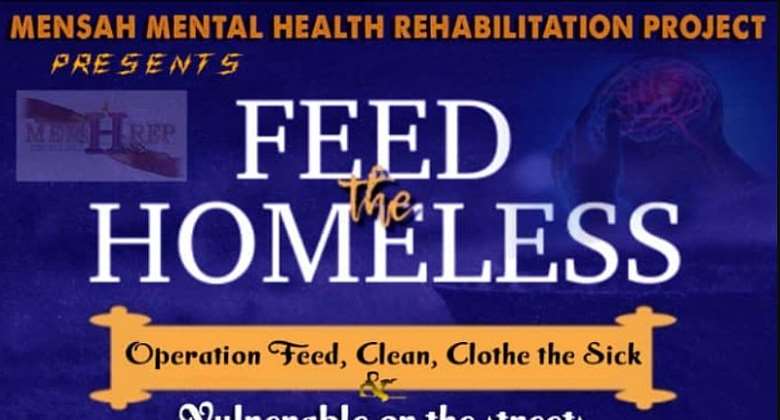 Although every human being is susceptible to mental illness of all kinds, it is regrettable to note that not much attention has been given to mental health issues in most African countries. Mental patients remain one of the most vulnerable people in our society. A close observation of their daily activities shows that, the street has become the homes of majority of mentally-ill persons due to lack of care and support from the general public. This situation poses a threat not only to human life, but also to environment and foreign direct investment to the country.

1st ever song for persons with Mental health conditions neglected:

This is why (MEMHREP), an NGO headquartered in Aboagye Estate, Kumasi is currently providing care and support for these unfortunate fellow human beings. Memhrep, for the first time in the history of Ghana, just released a new song for these dear ones, Nyame Adehe3, as we choose to call them. This new song is entitled, ‘Boa Nyame Adehye3’, (help the Vulnerable and/or mentally-ill).

Beloved, say no to stigmatization against persons with mental health conditions because they are also God’s creation. Treat people the same way you would want to be treated. Only God knows the future. Helpers are rare. Sickness is inevitable. Everyone can fall sick, the elderly, young, male and female. Don’t stigmatize against anyone who is sick today because it can be you tomorrow.

Individuals, Organizations and Companies of influence, let us all support MEMHREP in this fight against stigmatization. There is hope. There is hope for the mentally ill. Memhrep is taking them through gradual and continuous treatment till they fully recover. Treat them like you would want to be treated. If someone is mentally ill, it doesn’t mean he/she is spoilt or cursed. Let’s not call them ‘mad’ or leave them abandoned. Give them food to eat and water to drink. Let’s not whip them like “animals” as some people do. They are humans just like us. Have pity on them and help them anyway you can. “Oy3 Nyame Dehye3”

Mensah Mental Health Rehabilitation Project is a non-Governmental and non-profit making Organization which seeks to gradually alleviate the plight of persons living with mental illness on the streets and in the various communities as well as vulnerable persons on the streets of Kumasi and beyond.

In light of this, the organization has various departments and programs carefully designed to aid in the swift achievement of its mission and vision.

The Community Mental Health Outreach Programme assists persons with mental illness in various communities by sending them to hospitals for regular check-ups and medication. These persons are also given food items and money for upkeep, once a while.

The Educational Programme focuses on youth in schools at all levels, not forgetting churches, mosques and other associations. This programme educates them on the need to remain mentally healthy as well as avoid activities and practices that could end up in mental illness.

Its Outreach Programme is designed to cater for the dear ones abandoned and neglected on the streets to fend for themselves. They are occasionally fed, bathed, and clothed to remind them that there is hope for a better future.

Memhrep’s Agricultural Programme is a supportive strategy meant to facilitate the outreach and rehabilitation programmes. Thus, proceeds from this programme are used to feed these victims to improve their standards and conditions of living.

There’s also the FEE Programme as a supplementary measure to curb the increase of mental illness on the Railway suburbs, hence the name Railway Project. The target group includes persons addicted to drugs and need a helping hand to stop, thus MEMHREP’s intervention. They are Fed, Educated and Employed (FEE).

Finally, its Rehabilitation Project is a long term vision intended to completely end the distress of persons living with mental illness in Kumasi and other neighboring regions. It is a systematic process to accommodate, care and support their recovery process. A resettlement and reintegration programme sets in after a successful recovery process.

Memhrep on its own is trying every means possible to reduce the rate at which mental illness increases in the country, making it safe and conducive for business operation by foreign and local investors. However, Memhrep is faced with huge financial constraint since it is solely funded by the CEO and few individual donors. This is why we call on other Organizations, Companies and individual persons to all come and support MEMHREP in cash and/or kind to help make this great vision a greater achievement. The fight against mental illness is not a sole responsibility but a joint and corporate effort between organizations like MEMHREP and other concerned people in the economy’s growth.

MEMHREP is ready to be used as ambassadors and advocates in the rally and fight against mental illness and the stigma such persons live with.

You can as well reach out to MEMHREP for any help or support by contacting the following numbers bellow: 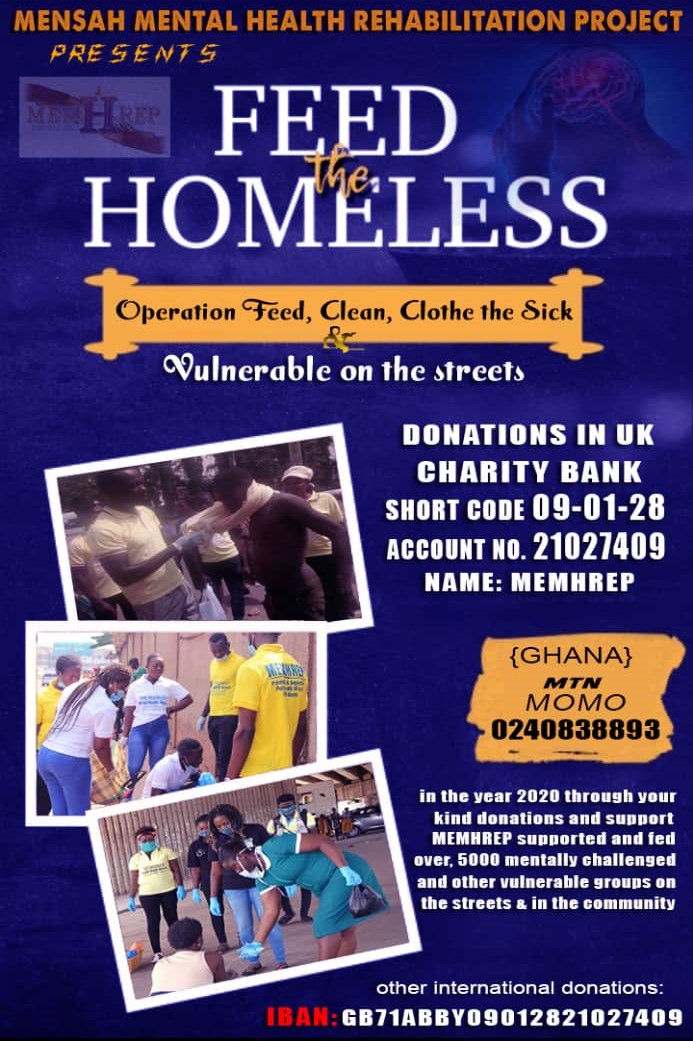