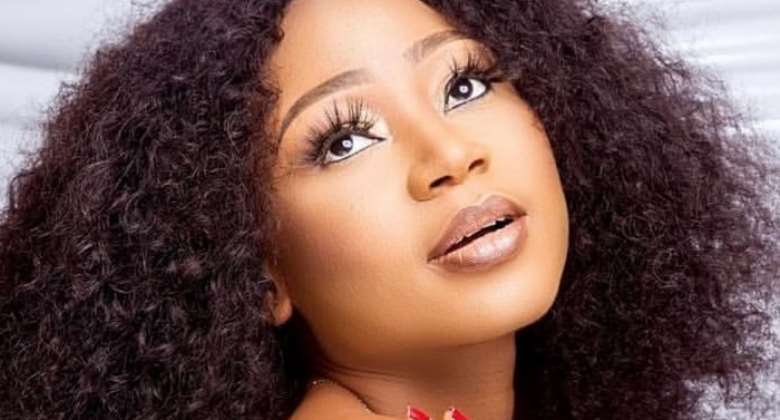 Actress, Rosemond Brown is hopeful of returning from prison custody much stronger.

Widely known as Akuapem Poloo, the social media sensation says all she currently needs is the support and prayers of Ghanaians as she serves her 90-day jail term.

Breaking her silence in a social media post captioned, “I love you all”, Akuapem Poloo expressed sincere appreciation to persons who publicly showed her love during her difficult moment saying the trial is a test that will rather make her come back to the scenes tough.

“You know your girl is strong. Sometimes in life, you have to pass through some things to make you strong to get you somewhere. I know this is a test I have to go through. All that I need is your prayers and your support. Your girl will be back with you guys soon”, she said in an Instagram video.

She added: “I want to say thanks to all those who supported me with the hashtag. I love you all.”

Akuapem Poloo was found guilty of posting a nude photo of herself and her seven-year-old son on June 30, 2020, his birthday.

But she was handed her sentence on charges of publication of obscene material and domestic violence by an Accra circuit court.

The Judge, Christina Cann, bemoaned the spate of nudity on the Ghanaian social media maintaining that the punishment meted out to Akuapem Polo must serve as a deterrent to others.

Meanwhile, the actress’ lawyers plan to appeal the sentence.

Since the sentence was pronounced, the public has expressed mixed reaction.

While some say the punishment is a step in the right direction, there are those who believe it is rather too harsh.