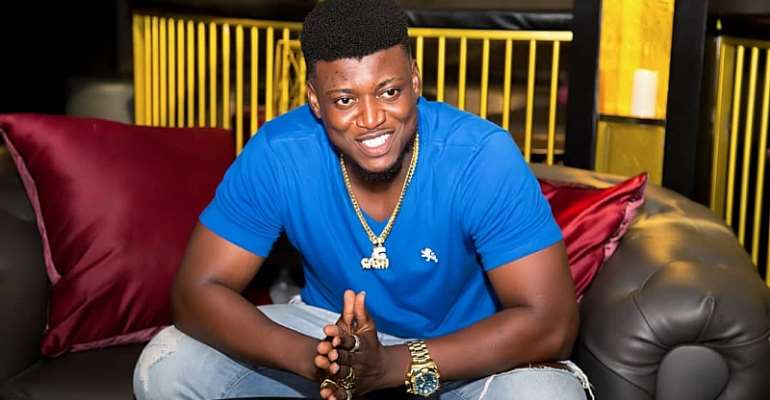 According to the BlackMob Management, the song seeks to inspire the youth to live happily and not stress themselves about the worries of life.

Production Manager of BlackMob Record Label, Prince Akwei Sekyere said "We are here to announce the release of his video. Gambo has outlined his vision for the future as music is concerned. He has also promised to contribute immensely to the growth of the Ghanaian music industry"

He revealed that he has plans of support upcoming musicians in Ghana through his music label and recording studio.

Inspite of his wealthy background, Gambo told the media he is ready to humble himself and work with others in the industry, especially household names like E.L, Sarkodie.

He added that he looks up to E.L. as his role model and relish the opportunity to collaborate with him in promoting trap music in Ghana.

Born in Ghana, the young talent left the shores of the country to Guyana at an early age of 5 to further his education and completed in 2012.

He furthered his education at Legon Presbyterian Boys, where his passion for music was ignited and journey began.

The young and energetic Gambo is the only Ghanaian artiste ranked in the top 5 upcoming African Acts in Spark Magazine with his song featuring Fortune Dane and Legacy, “Aye Aye."

In 2015, Gambo enrolled in the University of Ghana, Legon, where he studied Public Administration for 2 years and graduated with a diploma certificate and went further ahead to pursue his degree.

Gambo is a well known entrepreneur, being the CEO of BlackMob.

Blackmob is an organization set up to give the youth a platform to exhibit their talents, be it modeling, studio work, rapping or anything entertainment across Ghana, Tanzania, U.S.A and worldwide.