Teflon Flexx Performs At ‘This Is Tema’ 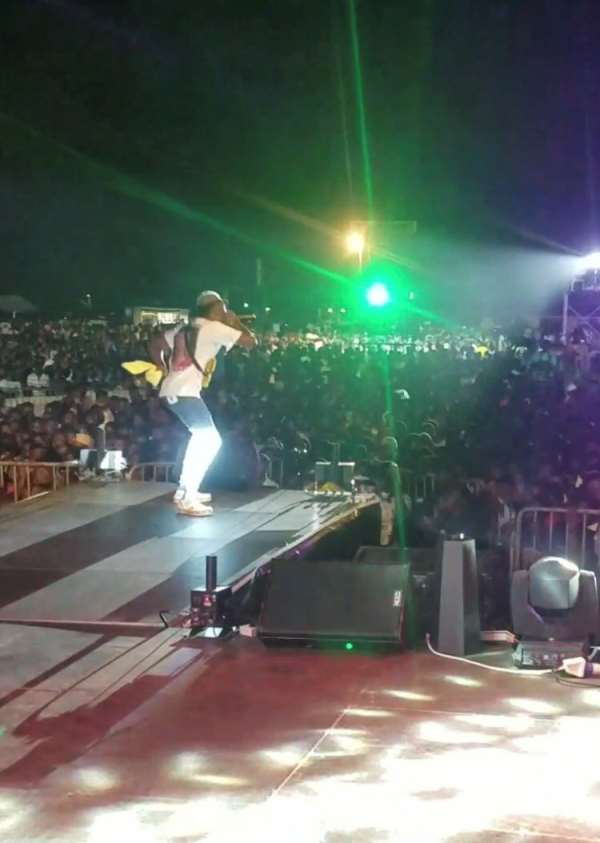 Teflon Flexx , the Northern bad boy was part of the young artistes who on Sunday October 27, 2019 graced Sarkodie’s event which was held at the Chemu Park at Tema Community 17.

Teflon who looks up to great talents like Sarkodie was honoured to be on the same stage with the ‘Highest’. He performed two of his bangers ‘Eskebelebe’ which featured Dopenation and ‘Oluwa’.

The young artiste has performed on more than six major stages this year, which includes the ‘Fresh ‘A’ Fair Concert on Friday, Legon Campus, Jean Nelson Hall and Sunday at ‘ This is Tema.’

In an interview with the artiste, he said, “Am honoured to be on this stage with legends in music. Sarkodie has really taken Ghana to the world and must be celebrated”

He has released hit songs like, ‘Murder’, ‘No Foreplay’, ‘Eskebelebe’, ‘Oreo’, ‘Keep on trying’, ‘Sex for grades’ and yet to be released bangers.