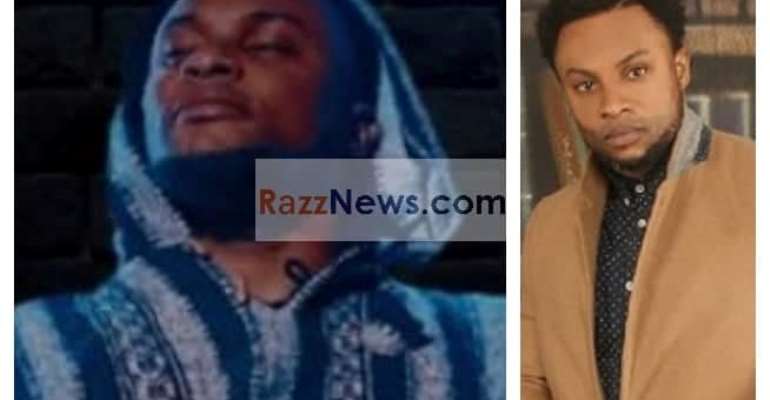 Dreams can only be a reality if we are bold enough to step up to the task.

In this light, UK-based Ghanaian gospel music sensation, Joseph Matthew has revealed that he sees himself becoming the best gospel musician in Africa.

Joseph Matthew has changed the spectrum of the gospel music scene in Ghana with his latest single track ‘Nyame Ye’.

Crooned in a distinctive contemporary sound-a mixture of highlife, Afro beats, and Rap, “Nyame Ye’, which literally means ‘God Is Good in Akan, was engineered by award-winning sound engineer Francis Osei in Ghana.

‘Nyame Ye, is praise and worship song which talks about the essence of thanking God for overcoming obstacles and hard times.

Matthew has also released a world-class ‘Nyame Ye’ music video which is currently regarded as the most expensive and well-directed gospel music video.

Ever since the song was released, Matthew who has received elephantine admirations has been tagged by Many music and showbiz enthusiasts as the best gospel musician in Ghana currently.

“With the help of God, I see myself becoming the best African gospel artiste and also mentoring the next generation with an undeniable desire for true worship and prayer for God. I have no personal ambitions except to do what He has called me to do The message I always want to get across to people with my music is that we’re not defined by our past or circumstances but defined by our own destiny and knowing who we are. Also, believing that we can do all things regardless of where we are from or what we’ve been through. My prayer is that as people listen to my music, God will birth a new beginning in their lives”. Matthews said.

Sharing his views on gospel music, Matthew indicated that, he thinks the gospel genre has evolved and is still evolving, hence he is happy to be part of that:

“We are becoming bolder in our expressions. That implies that we are taking more musical liberties, risks, and breaking the box of tradition.I’m happy to be a part of that. Not that it hasn’t been done in the past, but I think a lot of people in the past bore the criticism to be able to pave a road for people like myself, Todd Delaney, Jonathan McReynolds, and many others. Contrary to the past when you had a rebel like Kirk Franklin or Fred Hammond of John Pee Kee to now, it was almost like one guy would rise up and push the envelope for a decade at a time, but now there isn’t one Kirk for the generation; instead there are multiple artistes willing to expand and push the genre of gospel beyond what it was”. Matthew said

On the challenges facing the industry, the ‘Nyame Ye’ hitmaker said:

“Nowadays, I think people are looking for more, more than just music. They’re looking for authenticity; they’re looking for consistency. That stuff matters to people now. Back in the day, you could have a great song and be a jerk, and people didn’t care because you had a great song. Now, if you’re a jerk, people are like, “Man, I don’t like this!” So, I think those things matter more now to people, and music is way more accessible now. So, you have to have more than just music.

Born into a Christian musical family, Matthew learned to play various musical instruments from a tender age, and sang in the church choir, which was led and directed by his father– he went on to play in the church band where he had the opportunity to develop his skills further and realized his vocal gifts. In 2018, he released his debut album titled Solid Rock.

In his early teenage years, he had developed into a unique rapper, singer, songwriter who gained the attention of many. As a result, he has performed and worked alongside many artistes from different genres including Hip hop, RnB, Afro beats, reggae and gospel due to the versatility of his style.