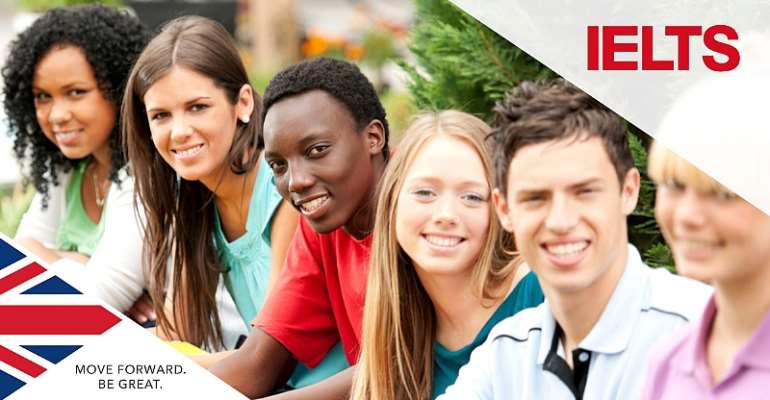 IELTS is a test that assesses all of your English skills — reading, writing, listening and speaking, and is designed to reflect how you will use English at study, at work, and at play, in your daily life abroad.

The acronym stands for International English Language Testing System. IELTS is the most widely accepted English language test that uses a one-on-one speaking to assess your English communication skills. This means that you are assessed by having a real-life conversation with a real person. This is the most effective and natural way of testing your English conversation skills.

If you are looking for the world’s most popular English language proficiency test recognized by over 10,000 organisations worldwide, including schools, universities, employers, immigration authorities and professional bodies then you may want to consider the IELTS.

The test is taken over 3 million times in a year and it’s jointly owned and managed by the British Council, Cambridge English Language Assessment and IDP Education Australia.

How IELTS Tested Started
Since mid-1960s, the British council had use English Proficiency Test Battery (EPTB) in its overseas student recruitment operation for the purpose of screening international applicants to universities and colleges in the UK.

In the beginning the test numbers were quite low but it kept on rising faster and faster and at a point, it became pretty clear that there were practical difficulties with the administration of the test, relating to the number of test items and the time taken to complete the test. In addition, there were also powerful reasons for change on the grounds of test redundancy.

So in 1987 British Council and
UCLES EFL (now known as Cambridge ESOL) commissioned Edinburgh University to conduct a validation study. Following this report the ELTS Revision Project, under the academic direction of Professor Charles Alderson of Lancaster University, was set up to oversee the design and construction of the revised test.

There was consensus to broaden the international participation in the revision project and in response to this the International Development Program of Australian Universities and Colleges (IDP), now known as IDP Education Australia, joined British Council and UCLES to form an international partnership.

This partnership, reflected in the new name for the test “The International English Language Testing System” (IELTS).

Recommendations were made to simplify and shorten ELTS and a compromise was sought "between practicality and maximum predictive power". In addition, the number of subject-specific modules was also reduced from six to three and the Non-Academic test was replaced by the General Module.

IELTS then became operational and started officially since 1989.

IELTS Academic is intended for people who want to attend study programmes taught in English at universities and other institutions of higher education abroad. You will need an Academic test band score to enroll into these universities. IELTS Academic can also be taken if you want to register within a professional body in an English-speaking country. Therefore, if you intend to join professional associations in disciplines such as medicine, nursing, law or engineering, you may need to pass this IELTS Academic exam.

IELTS Life Skills, is a test for acquiring UK Visas and Immigration. This test is appropriate if you wish to immigrate to or obtain citizenship in the United Kingdom. Unlike the other two versions, the Life Skills test assesses only your speaking and listening English skills, at levels A1 or B1 of the Common European Framework of Reference for Languages (CEFR). You will need IELTS Life Skills A1 to apply for a UK Visas and Immigrating of family, spouse or partner visa, and IELTS Life Skills B1 to obtain citizenship or the right to permanent residence. The purpose of this exam is to determine how well you communicate with other people in everyday English.

These three IELTS versions do not all have the same scoring system. There is no minimum score required to pass the Academic or General Training tests. You will be graded with band scores ranging from 1 to 9 for each of the four parts of the test

These are: Listening, Reading, Writing and Speaking.

The test total time is: 2 hours and 45 minutes.
Listening, Reading and Writing are completed in one sitting. The Speaking test may be taken on the same day or up to seven days before or after the other tests.

All test takers take the same Listening and Speaking tests, while the Reading and Writing tests differ depending on whether the test taker is taking the Academic or General Training or Life skills versions of the test.

The Listening part is comprised of four different sections. Each section is a short dialogue (or monologue) that is followed by a set of questions. It is important that you prepare well for the section and know enough IELTS Listening tips and tricks as each text is played only once. You will have 40 minutes to complete the task.

The Reading part of the academic version of the test is where candidates are presented with three texts and 40 questions (13-14 for each text). The general training module texts tend to be shorter and there might be as many as five. Candidates are given 60 minutes to read all the texts and fill in the answer sheet.

IELTS Writing is comprised of 2 tasks: Writing task1 requires one to describe a graph, diagram or chart, and then answer to an argument. Those taking the general training version have an IELTS Writing task 2 which requires one to write a letter and a short essay. Writing IELTS essays requires a lot of practice. Like in Reading, students have 60 minutes to finish this section.

Global IELTS Test Dates are the days of the year when it is possible to take IELTS test. The official makers of the exam set aside these specific IELTS test dates each year. These are the only IELTS dates at test centres around the world.

The global IELTS date has three Saturdays and one Thursday a month.

Within this set of worldwide IELTS dates, there’s a different date allotted for the Academic test, and the General Training version of the exam.

Specifically, the General Training gets fewer IELTS dates per year.

Local IELTS Test Dates are the days of the year when it is possible to take IELTS test locally. Some days listed in the Global IELTS test dates may not be available locally.

Often, an individual test centre will only give local IELTS a fraction of the global IELTS dates available.

In short, there are many different options for IELTS test dates. However to know the date that would be best for you, you might have to consider few important factors.

One consideration is your own schedule. There are probably certain times of the year when you’re less busy than others.

If you’re a full time undergraduate student, then your summer or winter break might be a good time to schedule your IELTS examination. Specifically, it could be good to schedule your exam on a test date near the end of your break. That way you have all of the holiday period to prepare.

Similarly, if you have a job, you should use your holidays or your less busy season to study for and sit the IELTS.

In short, compare the flow of your work or study to the available IELTS test dates

When you consider possible IELTS test dates, make sure you also think about application deadlines. You yourself can view your IELTS results online 13-15 days after you sit the test. However, it takes 1-2 additional weeks for schools and other agencies to actually receive your official IELTS score report. To be safe, you’ll want to take the exam at least a month before the deadline for submitting your scores.

When considering IELTS test dates, give yourself extra time to resit the IELTS.

I’m not saying you will fail the IELTS. Of course, you should certainly aim for success on the first try. But sometimes, especially at first try, you just don’t do as well as you would have liked. To account for this, IELTS dates should be scheduled strategically.

How soon can you resit the IELTS if you’re not happy with your score? The good news is that it’s entirely up to you. The makers of the test allow you to resit the exam as often as you’d like.

So how much extra time should you choose to give yourself for a possible second attempt?

First, bear in mind that you need to register for IELTS about two weeks in advance. So even if you schedule your resit immediately after your first test, you’ll need to wait two weeks.

But really, you should wait a bit more than two weeks to resit the IELTS. As I mentioned before, it also takes two weeks just to get your score results. And no matter how badly you think you did, you should make sure you actually need that retake. You don’t want to waste money on resit fees if you don’t have to.

As a general rule, you should study at least four weeks for your second attempt. So it doesn’t hurt to start studying for an IELTS retake immediately after a test that “felt” bad. Then, in two weeks, if a retake is truly needed, book your test two weeks out. Then you can keep studying for another two weeks.

But what if you don’t realize you did badly until after you see your scores? In that case, you’ve spent two weeks not studying. Then suddenly, you realize you need a whole month to study for the IELTS exam and resit it.

In this situation, your test date should be six weeks after your first IELTS exam: two weeks to wait for your scores, plus an extra four weeks to study more. But that’s not all. You also want to give yourself a month to receive your scores and send official score reports.

Ultimately, this means that IELTS test takes at least 2.5 months—or 10 weeks—before any application deadlines. And if possible, IELTS test dates should also happen during a time of year that is less busy for the test-taker.

If you’re really trying to avoid a retake, you can also consider taking an IELTS diagnostic test before the real thing. Diagnostic tests can give you an idea of your baseline score, and help you identify where you might face challenges. You can visit our site and get more resources to help you pass the IELTS Test.

Hottest Photo Reports
Catch up with all the political quotes from our politicians.
Advertise here
More Education
ModernGhana Links
SAT: What do you know about this test? Find out..
Impact of Social Media on the values of Future Generation
What do you know about TOEFL Test? Check this out.
Should I enroll my child for summer school or home tuition? Check out
How to enjoy school holidays alone at home
Best known ways to enjoy school holidays with your family
Perfect steps to Write a Good Argumentative Essay Introduction
A must read for every parent with school kids.
Tips for passing BECE.
TOP STORIES