Azumah Nelson To Be Inducted Into Nevada Boxing Hall Of Fame 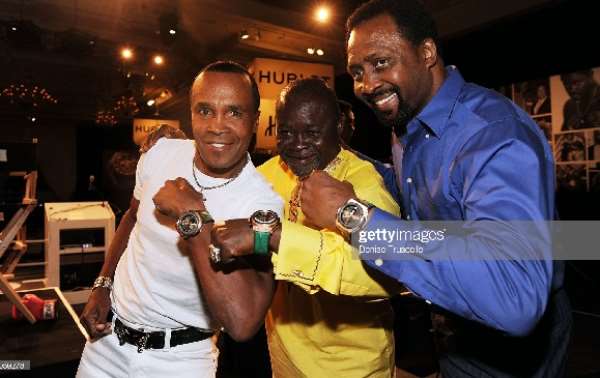 The Nevada Boxing Hall of Fame has announced legendary Azumah Nelson as part of their 2020 induction class which is expected to take on August 7-8 at the Red Rock Casino Resort and Spa in Las Vegas.

According to the body, Azumah includes ten fighters and four non-boxers who had fights in Nevada or where connected to the sport in the state during their careers.

Azumah, who has already being enshrined in the International Boxing Hall of Fame in Canastota, New York, would receive another honour in a sport he gave so much to during his hey days.

The three-time former World Boxing Council (WBC) featherweight and super featherweight world champion is considered the best ever boxer to have come from Africa following a stellar career which span over two decades.

In the non-boxer category includes the late Jose Sulaiman, who was president of the WBC for more than 40 years and established the Jose Sulaiman Boxer Fund that is administered by a Nevada Community Trust to help fighters financially on an annual basis.

Las Vegas resident and famed referee Carlos Padilla, who was the third man in the ring for the "Thrilla in Manila is in line to make the cut with Lorenzo Fertitta, who served on the Nevada State Athletic Commission from 1996 to 2000 and Sammy Macias, the former chairman of the Nevada State Athletic Commission and former president of the North American Boxing Federation all set to receive honours on the night.