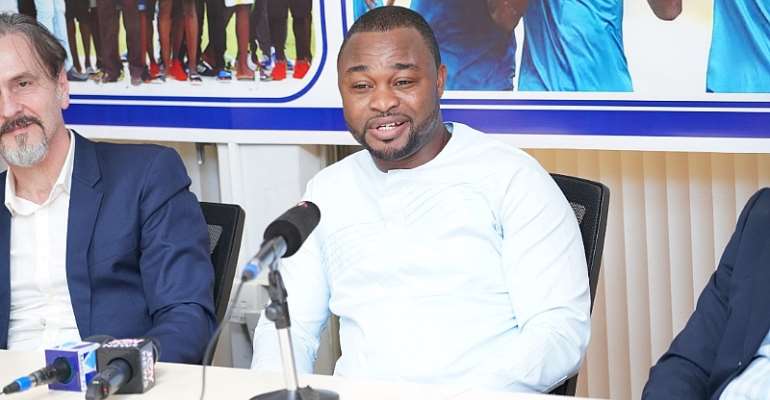 When Wa All Stars FC hosted Techiman Eleven Wonders FC at the Wa Malik Jabir Park on June 3, 2018, little did the fans know that will be the last premier league game at the venue after eleven years of excitement.

Maxwell Oppong ‘Budu’ gave the Northern Blues an unconvincing victory to cap a tumultuous few months in the history books of the club. Three days after that limping victory, Anas Aremeyaw Anas halted life in the football circle with an infectious disease that sent the football family under intensive care unit.

It was the premature end of Wa All Stars stay at the Wa Park as the club failed to return even after the resurrection of the then-ailing football family.

With heated rumours about John Paintsil buying Wa All Stars FC from the embattled club owner, Kwasi Nyantakyi, football fans in the Upper West Region, the northern belt of Ghana, and other well-wishers hoped and prayed that their beloved club never leave the region.

It was a prayer that failed on arrival as the club changed ownership. A shadow owner, one Mr. Richard King Atikpo, unleashed his limitless resources into Association football. It was the birth of a football revolution in Ghana. The African version of Sheikh Mansour taught the entire football family what is needed to run the game- money and in abundance.

After completing his take over from the old administration, Mr Richard Attippoe and his management changed the name of the club from Wa All Stars FC into Legon Cities FC.

They capped that with a new logo as well in one of several changes the club will witness.

His intelligent usage of social media, capped with their unique branding, earned them supporters at an exponential rate.

The noise from the Accra Sports stadium from the Shatta family resonated in decibels ahead of the game at home to Asante Kotoko SC.

Yes, he is not the first person to use music icons to promote games but the brand Shatta Wale in recent times is synonymous to nationwide traffic. Any brand expert will tell you what Shatta Wale comes with.

Mr. King Richard Atipoe and his charges paid colossal amount to the dancehall legend to endorse their brand, promote their games and feature in their soon to be launched television station.

The Shatta Wale family (SM 4lyf), naturally, endorsed the club as well. The Royals, as the club is now christened, stole the media traffic and gained the trust of corporate Ghana. Four sponsors to start with explains any doubt of their class.

Their show boy arrival on match days in different versions of plush cars leading the team bus has given some opposition crowd phobia ahead of their league matches.

Their quality may not be like the 2016 GPL winning squad, but their current brand is certainly flying higher than their playing staff.

When Manchester City FC, PSG, and other revolutionary clubs started their rebuilding process, traits seen in the camp of the Royals were spotted and signalled that Legon Cities FC might soon evolve beyond Al Ahly, Zamalek, and the Pirates of African football.

Royals are known for their pride on the throne but these Royals are reviving a whole industry with liquid cash.