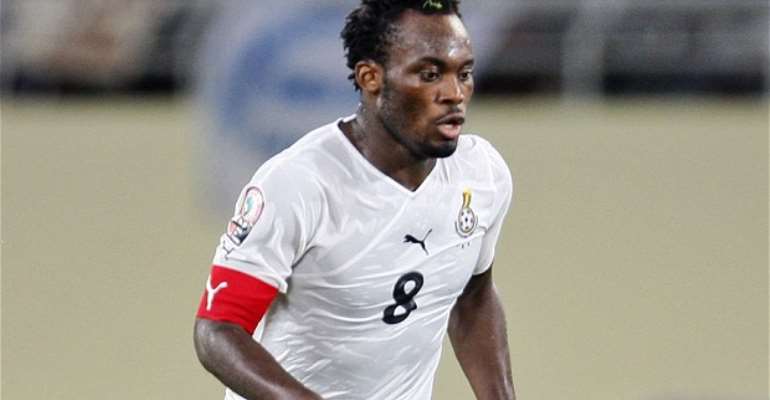 As 2019 comes to a close, former Chelsea and Ghana star Michael Essien has chosen his best 11 African players of the decade.

The last 10 years saw significant moments for African football, commencing with the World Cup being hosted on the continent for the first time in its history, in South Africa in 2010.

The decade ended with the 2019 Africa Cup of Nations being held in June and July for the first time instead of its traditional January to February slot.

Essien's own decade saw him win a European Champions League title and an FA Cup with Chelsea as well as a runners-up medal at the 2010 Africa Cup of Nations.

We asked Essien who his top players from the last decade would be to play alongside:

Goalkeeper - Vincent Enyeama (Nigeria)
Enyeama is one of the few African goalkeepers to have had a successful career in Europe. He won the Israeli League title with Maccabi Tel Aviv in 2013.

He went onto keep 11 consecutive clean sheets while with Lille and was 115 minutes away from beating Ligue 1's all-time record of minutes-of-clean-sheets set by Gaetan Huard in 1993 where he played 1,176 minutes without conceding a goal. 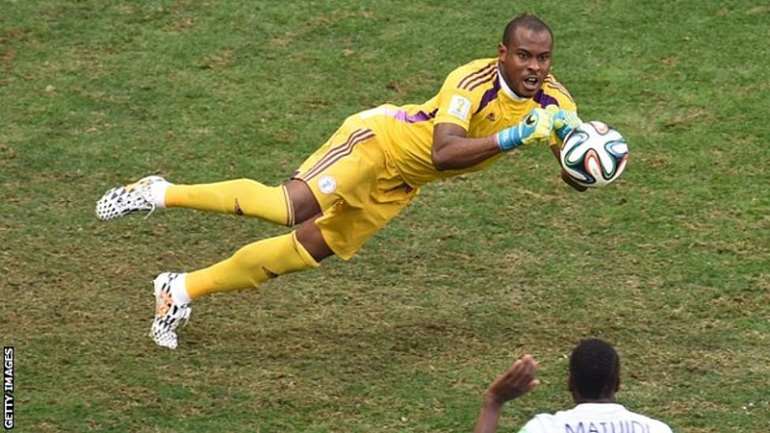 Vincent Enyeama was arguably Nigeria's best player at the 2014 World Cup when they qualified to the knockout stage.

Defence - Kolo Toure (Ivory Coast)
The former Manchester City captain was a key member of the Ivory Coast side that won the Africa Cup of Nations in 2015.

At club level, he was one of the first signings by Manchester City's owners Sheikh Mansour which served as a star attraction for other big-name players to arrive.

Kolo's acquisition signalled a shift in power for City because he came from a direct rival, Arsenal.

After a stint with Liverpool that saw him reach the final of the Europa League, he ended his illustrious club career at Celtic, where not only did he win the Scottish League titles but was also part of a team that went unbeaten in the league just as he did with Arsenal in 2003-4.

Defence - Benoit Assou-Ekotto (Cameroon)
The Cameroonian peaked at Tottenham at the beginning of the decade and was one of the best left-backs in the Premier League under Harry Redknapp. 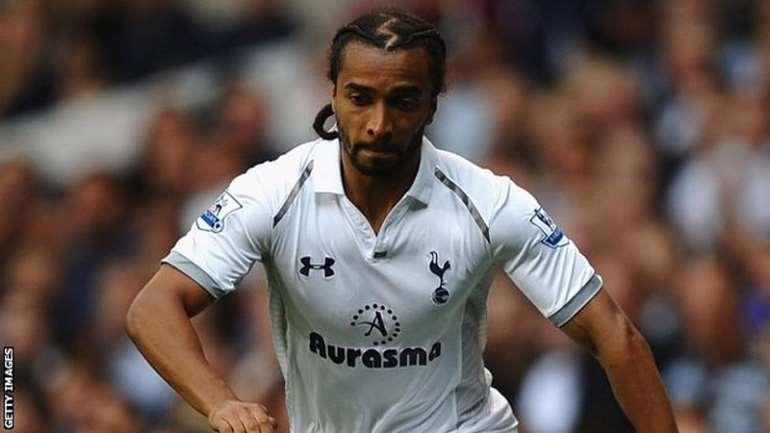 Benoit Assou-Ekotto
His impressive performances were the main reason why Gareth Bale, then a left-back, was moved to play in an advanced role. He formed a deadly partnership with Bale and they became a handful for right-backs in the Premier League.

Unfortunately for Assou-Ekotto, knee surgery meant his career would pay the price but he was one who surpassed expectations and was the best African left-back in the Premier League.

Defence - Medhi Benatia (Morocco)
Benatia was a massive influence for Italian Serie A side Udinese, but it was at AS Roma where the world took notice of him.

He was named the club's player-of the-season in 2014 before joining Pep Guardiola's Bayern Munich at the end of that season.

Benatia moved to Juventus in 2016 where he helped them win three Serie A titles.

Defence - Kalidou Koulibaly (Senegal)
Koulibaly has been the best defender in Italy for the last three seasons.

He helped Senegal to reach their first Africa Cup of Nations final in over a decade this year and is widely regarded as one of the best centre-backs in modern-day football. 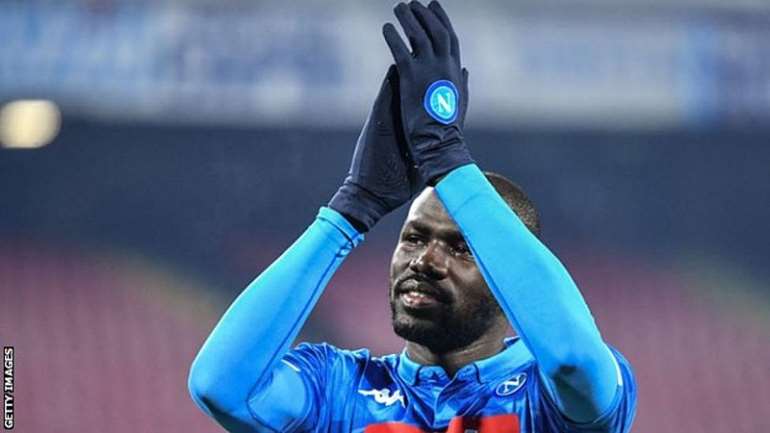 Napoli and Senegal defender Kalidou Koulibaly
The only reason he is still at Napoli is that the club's owner has turned down many offers from top European outfits so far.

Midfield - Michael Essien (Ghana)
Essien's prowess began to dwindle just at the turn of the decade with injuries taking their toll but he was still important for Ghana as they qualified for the World Cup in 2014 and - he insists he deserves a place in his team of the decade!

At club level he played a key role and helped spark the come-back against Napoli which aided Chelsea in their elusive Champions League triumph in 2012. 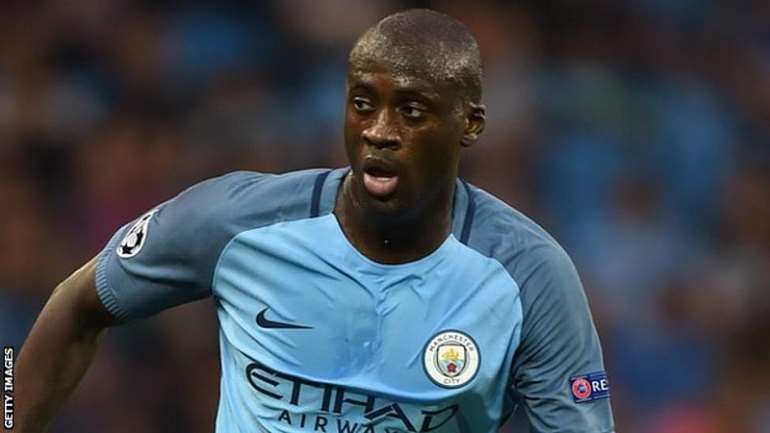 He also scored 79 goals for Manchester City, the most by any midfielder in the club during that period.

He won the Premier League three times, one FA Cup, two League Cups and before his move to England he had won the 2010 La Liga with Barcelona.

He also captained Ivory Coast to their Africa Cup of Nations crown in 2015.

Midfield - Sadio Mane (Senegal)
The Liverpool star has been a breath of fresh air in the last few years and is considered one of the best players of this generation.

He has scored 73 goals to help Jurgen Klopp's men and was instrumental in helping them reach two European Champions League finals, winning the last edition. 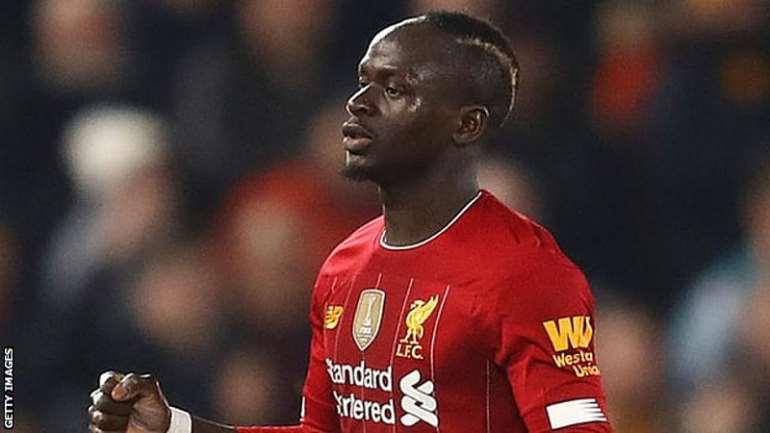 Sadio Mane of Liverpool and Senegal
From his days at Salzburg through to Southampton and Liverpool - plus his performances for the national team - he has scored more than 150 career goals with more than 60 assists.

Forward - Mohamed Salah (Egypt)
The "Egyptian King" is the only African player to make the Fifa Best top 3 this decade.

Salah has exceeded expectations at Liverpool where he's won the Premier League's Golden Boot in both his seasons with the club so far.

He is also the reigning Caf footballer of the year having retained the crown in 2019.

Mohamed Salah has netted more than 202 goals for club and country in the decade. 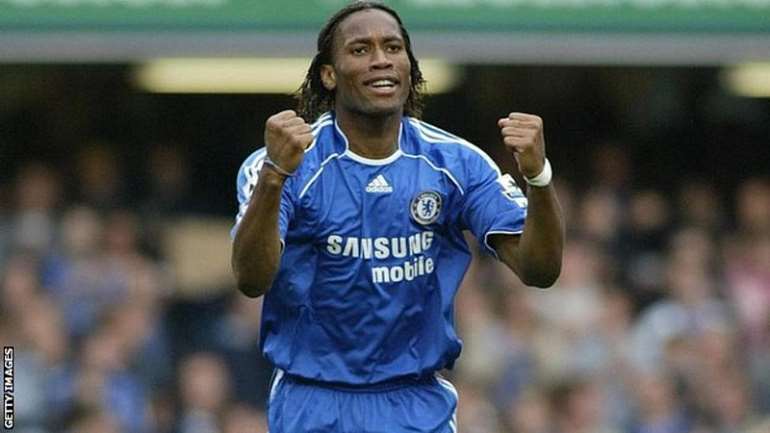 In the year 2012, Didier Drogba cemented his legendary status in European football by scoring the equaliser and the winning penalty as Chelsea lifted the European Champions League for the first time ever.

His trophy-winning continued after he left Chelsea with three more in Turkey as he helped Galatasaray win the league, the FA Cup and Super Cup.

As he ended his career in North America he showed he still had that scoring touch by finishing as top-scorer for his Major League Soccer side Montreal Impact and then made it into The MLS All-Star team a year later.

Forward - Samuel Eto'o (Cameroon)
Arguably the greatest African Player of all time, Samuel Eto'o won his second treble at the start of the decade with Inter Milan under Jose Mourinho. 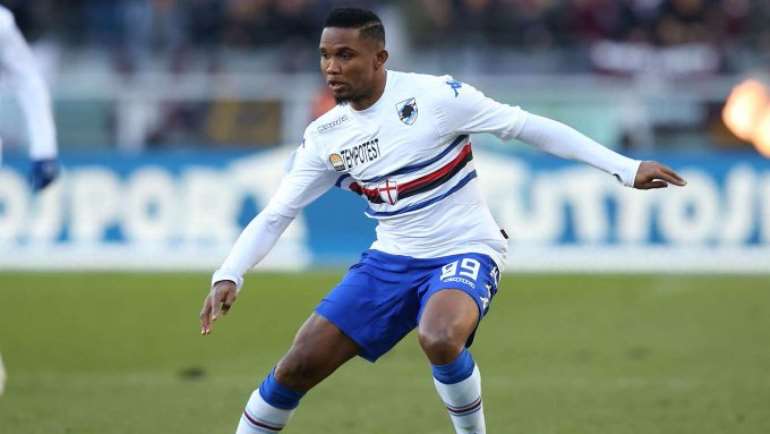 The following season he was Inter Milan's top scorer with 37 goals as they won the Fifa Club World Cup and the Coppa Italia.

Those feats saw him win the fourth of his Caf African Player of the Year awards in 2010.

He moved to England in the twilight of his career, and even though he was less sparkling at that point he still managed a memorable hat-trick for Chelsea against Manchester United.

Savannah: NADMO to clear buildings on waterways after heavy ...
20 minutes ago