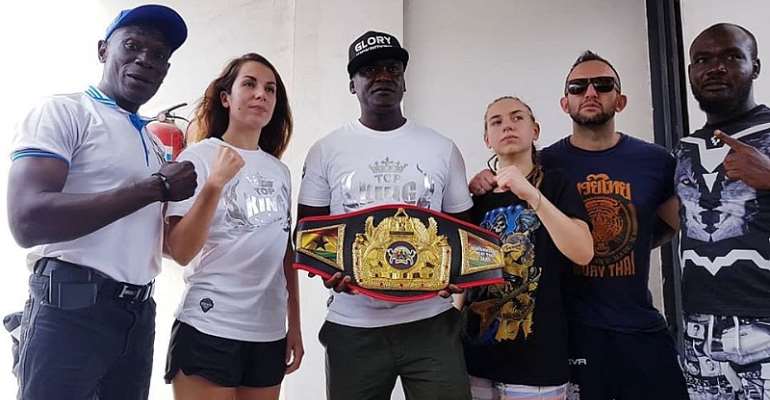 The premier well-organized kickboxing club, Pro Fighting Factory in Ghana and Switzerland is on break for the Christmas holidays.

Isaac Doku, coach of the club said their plan to break came earlier as instructed by president Lawrence Nyanyo Nmai who presented the members and coaches with goodies and tokens for the yuletide festivities.

Team manager, Michael Amanor presented the items on behalf of the president who is based in Switzerland.

Coach Doku on behalf of the team thanked Nyanyo for his support and encouragement for the kickboxers.

He appealed to the Ghana Kickboxing Association to organize events so that they can contest.

He also thanked the media for supporting Pro Fighting Factory who have fighters for kickboxing, muay Thai, boxing, karate and other martial arts.

Jonathan Euro who was the best kickboxer of the year said the items came at the right time and the promise to come back better in 2020 which is an Olympic Year and prayed that more would be done for sportsmen and women.