Inter Milan Snub Made Me A Better Player - Duncan 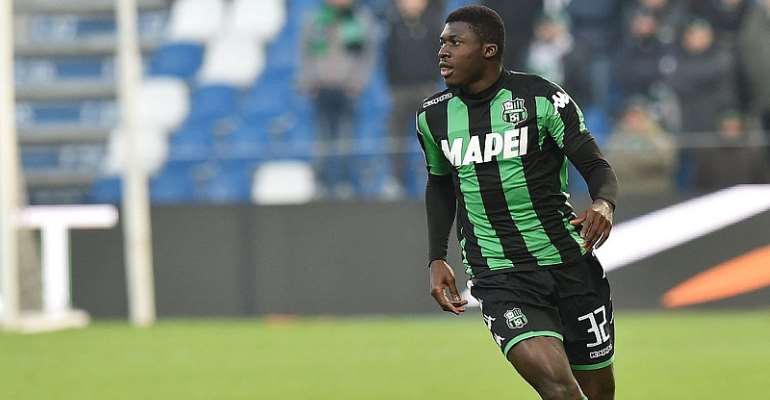 The 26 year old Ghanaian midfielder was with the Nerazzurri in 2012 but did not get his chance to show what he has and was loaned to Serie B side Livorno.

After scoring 2 goals in 26 appearances, Duncan helped the side to gain promotion into the top-flight before subsequently securing a transfer to Sassuolo.

According to him, he was never perturbed by the Inter snub but rather took motivation from what happened.

“I never felt hurt because I became a motivation for me because sometimes you don’t get the chance to do what you desire because, with football, it’s about choices. Every coach and every club has its own choices and they also try to build up a team in a different way," he told Joy Sports.

“Most of the team wouldn’t like to play with the younger sides they have developed from the youth side. They prefer going out to buy complete players already who have that experience.

“So for me I had this misfortune to land in a team where they had all the resources to buy any player they desired. So they couldn’t wait for me to develop so they had to give me out on loan.

“I stayed with Inter- six months in the first team and then I got loaned to Livorno. In Serie B that was my first experience.''

“I went there [Livorno] with anger because I felt I got to a point in my career after the youth side I had something to give but I wasn’t given the chance to do so and I was able to demonstrate to everyone that I was ready and I could do something”.

The Black Stars asset has developed into a fine defender and has now established himself as one of the key players at Sassuolo. He netted 4 goals after making 26 appearances in the Serie A.