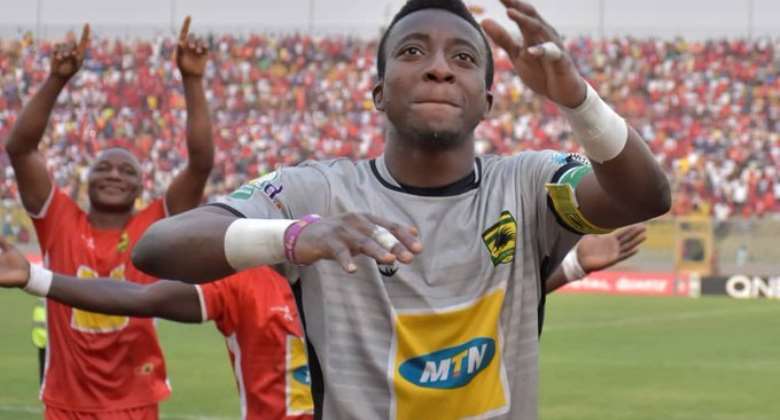 Asante Kotoko goalkeeper, Felix Annan has insisted his side will qualify for the group stage of the CAF Champions League after beating Etoile du Sahel in the first leg of the playoff round.

The Porcupine Warriors defeated the Tunisians 2-0 at the Baba Yara Sports Stadium on Sunday.

A goal in each half from Augustine Okrah and Richard Arthur handed the Porcupine Warriors a decent victory at home.

And the skipper speaking to the press after victory says he is sure of his side’s progress in the competition.

“It was a good win, we gave our best and fought hard for this victory, thanks to the supporters and all Ghanaians.

“We know there is a tough task ahead of Tunisia, we will prepare and go and get a good result there. We believe we can make it and we will do our possible best to qualify.

“We are Kotoko and we play to suit our own style, we are going to work hard and make sure we make it.”

The Reds will need to avoid defeat in the return leg encounter to make it to the Group stage of the CAF Champions League for the first time in 11 years.