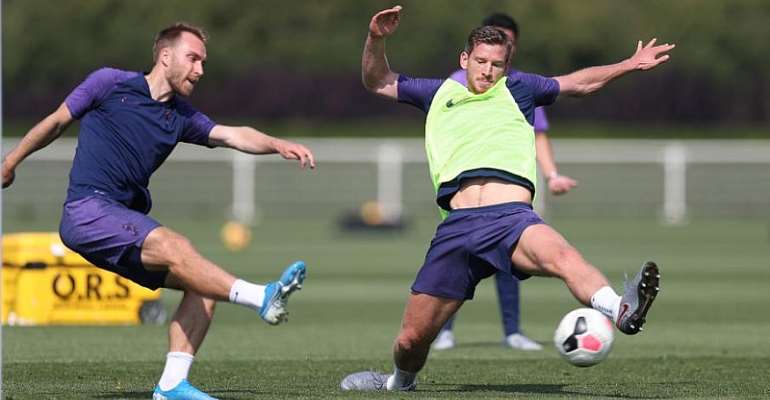 Arsenal and Tottenham battle for North London supremacy on Sunday in an early indicator as to who will be Manchester City and Liverpool's closest challengers for the Premier League title.

City and Liverpool have already moved clear of the chasing pack with Jurgen Klopp's men boasting the only 100 per cent record after three games to open a two-point lead over the champions.

Both will expect to add another three points before the international break as City host Brighton, while Liverpool travel to Burnley.

But below them the rest have plenty of room for improvement with Tottenham, Arsenal, Manchester United and Chelsea having already tasted defeat.

Arsenal were given a lesson in how far they still have to go to challenge for the title in losing 3-1 at Anfield last weekend, but the Gunners can quickly erase the memory of that defeat should they get the better of Spurs at the Emirates.

A thrilling 4-2 win over the Champions League finalists in this fixture last season was the highlight of Unai Emery's first season in charge and Arsenal have little to fear from Tottenham's start to the season.

Mauricio Pochettino believes his squad is unsettled by speculation over the futures of Christian Eriksen, Jan Vertonghen and Toby Alderweireld.

Vertonghen has been dropped for all three games so far this season, while Eriksen started on the bench against Aston Villa and Newcastle.

A shock 1-0 reverse to the Magpies last weekend showed Pochettino can ill afford the luxury of leaving out two of his better players, even if they seem set to leave the club at the end of the season after failing to agree new contracts.

Arsenal missed out on Champions League football to their local rivals by a point last season, but still reinforced well in the transfer market.

Nicolas Pepe shone on his full debut against Liverpool last weekend and could be unleashed alongside Pierre-Emerick Aubameyang and Alexandre Lacazette from the start for the first time.

Should Arsenal's exciting new attacking trio click, they can lay down an early marker in the battle to be the best of the rest behind the top two.

Ole Gunnar Solskjaer's men paid for a missed penalty for the second consecutive game as Marcus Rashford hit the post after Paul Pogba's spot-kick was saved in a 1-1 draw at Wolves the week before.

However, the debate over who should be on penalty duties has masked familiar problems from United's disastrous end to last season.

The departure of Romelu Lukaku and Alexis Sanchez to Inter Milan has also left Solskjaer desperately short on forward options, particularly with Anthony Martial ruled out for Saturday's trip to Southampton.

Lose again and the alarm bells will already be ringing for United's season before September is out.

BARNES A THREAT TO LEAKY LIVERPOOL
Liverpool looked more like their old selves against Arsenal last weekend with Mohamed Salah in supreme form.

But at the other end of the field, the European champions have not looked nearly as solid without injured goalkeeper Alisson Becker.

The Reds have yet to keep a clean sheet in five games this season and Burnley have an in-form striker ready to pounce on any sloppiness this weekend.

Only Liverpool's Sadio Mane has scored more Premier League goals in 2019 than Ashley Barnes's 13, four of which have come in the opening three games of the season.

"We go into every game confident," said Barnes. "We are striving and want to finish in the top half."